Courts on Friday struck down or limited voting laws in three states after separate rulings deemed that legislation passed by Republican lawmakers in recent years was unconstitutional.

While North Carolina has been the focus of criticism for legislation that requires voters to present photo identification at polling places — a measure a U.S. Court of Appeals ruled against Friday because it targeted African-Americans “with almost surgical precision” — Republican lawmakers in Kansas and Wisconsin also saw their legislation overturned, according to the Associated Press.

A federal judge in Wisconsin ruled Friday that portions of several recent voter ID laws passed by the state legislature in 2011 were unconstitutional. The court banished rules that extended residency requirements, restricted hours for polling places and prohibited the distribution of absentee ballots via email or fax — rules the court said have largely affected the black community, according to the AP.

U.S. District Judge James D. Peterson said he would have eliminated Wisconsin’s voter ID laws in their entirety, were it not for a U.S. Supreme Court decision permitting such laws under certain circumstances, including to prevent election fraud.

“The evidence in this case casts doubt on the notion that voter ID laws foster integrity and confidence,” Peterson wrote, according to the Washington Post. “The Wisconsin experience demonstrates that a preoccupation with mostly phantom election fraud leads to real incidents of disenfranchisement, which undermine rather than enhance confidence in elections, particularly in minority communities. To put it bluntly, Wisconsin’s strict version of voter ID law is a cure worse than the disease.” 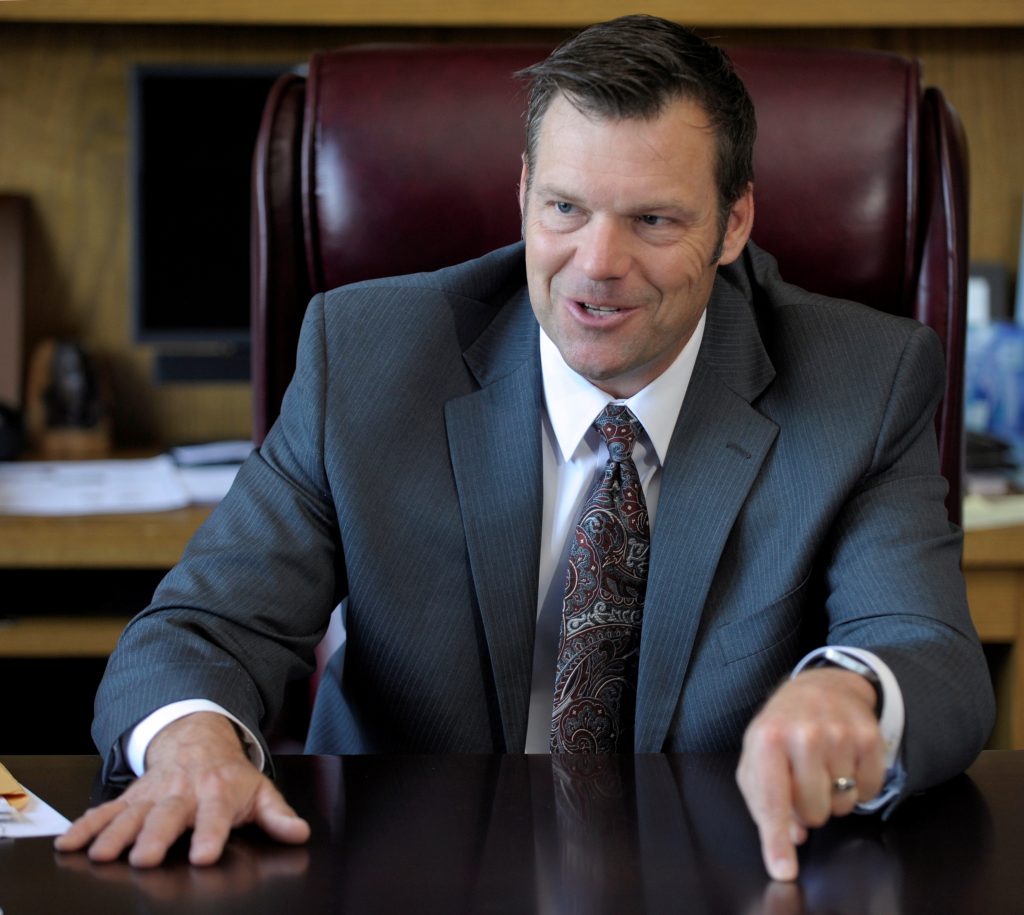 Kansas Secretary of State Kris Kobach talks about the Kansas voter ID law that he pushed to combat what he believes to be rampant voter fraud in the United States in his Topeka, Kansas, U.S., office May 12, 2016. Photo By Dave Kaup/Reuters

A county judge in Kansas on Friday also issued a temporary order on a rule that required proof of U.S. citizenship to vote in state and local races, a move that could allow up to 50,000 additional people to cast ballots in November, according to the AP.

The rule was installed in earlier this year by the Republican Kansas Secretary of State Kris Kobach.

“There is no right that is more precious in a free country,” said Shawnee County District Judge Larry Hendricks, who rendered the decision on Friday.

Left: A voter casts his ballot in the Wisconsin presidential primary election at a voting station in Milwaukee, Wisconsin, United States, April 5, 2016. Photo By Jim Young/Reuters