For Politicians, Little to Gain in Gun Control Debate 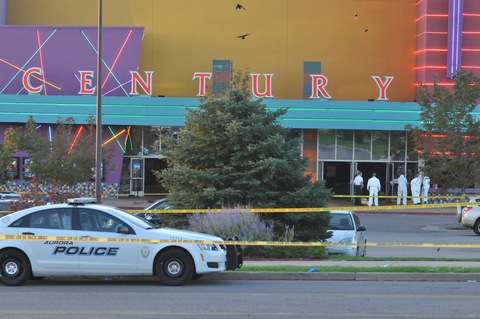 Less than a week after the mass shooting in a movie theater in Aurora, Colo., that left 12 dead and dozens more injured, there has been little policy response from the political world — no prominent new proposals or legislation. In fact, there’s been precious little disagreement about the traditionally divisive issue of gun laws.

President Obama visited Aurora last weekend and has spoken about his concerns and fears as a parent of two girls, but the White House has said its focus is on enforcing current gun laws. Presumptive GOP presidential nominee Mitt Romney has also said he’s opposed to new legislation.

Presidential races are often shaken up by unforeseen events, but, so far anyway, it appears the killings in Aurora don’t fall into that category. Why? Poll numbers indicate there simply isn’t much that can be done with the topic politically, particularly in the places that look to be important in 2012.

In April, the Pew Research Center in a poll asked which was more important, “to protect the right of Americans to own guns, or to control gun ownership?” Patchwork Nation analyzed those responses using our 12 county types and found that only three leaned toward the idea of controlling ownership. The rest, including the important swing-voting Monied Burbs, aligned behind protecting the rights of gun owners.

What do you think is more important – to protect the right of Americans to own guns, OR to control gun ownership?

Following such horrific events like those in Aurora, proposals to tighten rules generally come from Democrats, but 2012 is different in a few ways. First, Mr. Obama has tread carefully around the gun issue (his “enforce existing law” stance is not new). And second, as the chart above shows, the places that tend to favor tighter guns controls also tend to lean Democratic in their voting patterns, or are solidly Democratic.

The big city Industrial Metropolis counties went for Mr. Obama by a whopping 37 percentage points in 2008. The president took those collegiate Campus and Career counties by about 18 percentage points. Both those types lean to the left on most social issues and will almost certainly be solidly behind him again this fall.

(The Immigration Nation counties, which also favor more controls were tighter. President Obama only won by 3 percentage points in those counties in 2008, but there are bigger issues motivating voters in those places than guns.)

Guns in the Suburbs

Weighed against that, meanwhile, are the attitudes in all those other types, including the Monied Burbs, where the vote can swing dramatically. You can see those Monied Burb counties on the map below in beige and concentrated around the big cities in key states like Ohio, Colorado, Virginia and Florida.

President Obama won the Burbs by double-digits in 2008, but that’s unlikely to be the case in 2012. The vote in those counties for the Democratic and Republican presidential candidates was within a few percentage points in 2000 and 2004, and if that’s the case again this year Mr. Obama will want every vote he can get out of them.

In short, there simply is not a lot of political hay to be made on guns in 2012 for the Obama campaign. The same might be said for Romney, who has not, as yet, leaped to the defense of gun owners.

Romney wants to win in the Burbs, too, and while people in those counties tend to favor gun rights over gun control, the margin is not broad. The gun rights number still isn’t at 50 percent, and that’s no small thing.

This poll, remember, was taken in April, before the Aurora shootings, and it’s possible opinions have moved some since those events, which took place in a suburban movie theater. Aurora is in Arapahoe County, an exurban Boom Town in Patchwork Nation.

The point? Absent a clear majority on a divisive issue in an election year, sometimes the best thing for a candidate to say is as little as possible.