Gwen’s Take: Dearth of Civility in the Public Square 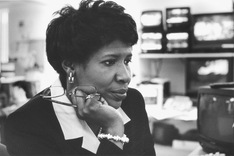 Flash back with me to sixth grade recess. A bit of taunting that turns into a little shoving and trash talking. Next thing you know, a circle of children are egging you on, chanting: “Fight! Fight! Fight!”

What choice did you have but to fight? It wasn’t a very civil thing to do, but this was elementary school.

Now, we live in a world of sixth grade taunting everywhere we look, where disagreements are settled on the playground of dueling campaign appearances and pundit-driven cable television debates.

It’s a cacophony with a lot more noise than news, but that’s what so much of our public discussion has boiled down to. We pay the price in dumbed-down discourse and a hostile electorate that hates politicians as well as the people who cover them.

This cost is on display in a new survey
that landed in my inbox this week. It finds Americans recoil from the incivility they see everywhere, and they think it’s getting worse.

Every day brings fresh evidence that Americans are right. On Friday, a reporter from the Daily Caller saw fit to yell a question at the President in the Rose Garden while he was in the middle of an important policy announcement. I’d never seen anything like it. No matter how much reporters itch to get a question answered, we typically respect the office enough to stop short of incivility. Or, let’s call it what it was: rudeness.

Of course, no one thinks he or she is particularly uncivil. It’s always the other guy yelling “You lie,” right? Sixty-three percent of the 1,000 people surveyed online said America has an incivility problem, and two-thirds expect the 2012 election to be uncivil. Seventy-two percent believe things have gotten worse in the last few years. These results are uniform across party lines.

Then it gets interesting. The majority – 63 percent – blame politicians for coarsening culture. Half blame the media. Clearly, a lot blame both – plus celebrities and the economy. Seventy-six percent say political campaigns are uncivil; only 15 percent say the same about their friends and family.

But let’s get back to “the media.” It’s not clear how that is defined for the purposes of this survey. I’ve come across more than my share of people who think Maury Povich and I do roughly the same thing for a living, so a grain of salt should be applied.

By this measure, the news organizations considered the most uncivil? FOX News comes in at 35 percent, followed by MSNBC and CNN at 31 percent each. PBS clocks in at 16 percent, compared to the 67 percent who think we are civil. (This may have something to do with Elmo, but I prefer to believe the numbers are driven by Washington Week, the NewsHour and Frontline.)

This report was brought to my attention by Washington Post media blogger Erik Wemple, who was surprised to discover that many people considered PBS uncivil.

“How did this happen?” he wrote. “Who are these people and what are they thinking? Did these folks catch a few episodes of PBS NewsHour that I’d missed? Did Gwen Ifill throw a tantrum that went viral somewhere?”

Wemple asked me about this and – well – I may have gone on a bit. My reply:

“This is one of those topics near and dear to my heart,” I emailed. “And, yes, civility is something we prize on both NewsHour and Washington Week. I always tell audiences that we see more value in light than heat. Sometimes the only way to have a discussion is to have a debate, but the only way to learn something is if the debaters make an effort to listen to each other.

“My mom used to call it disagreeing without being disagreeable. I just think of it as a better way of telling the story well. I think any of my WashWeek panelists and any number of our NewsHour guests will tell you that’s what they like about doing the show – the chance to explain why and how, and let the viewer reach his or her own conclusions. Mark Shields and David Brooks actually won a civility award earlier this year. (It’s true. Shields and Brooks were the first recipients of the Allegheny Prize for Civility in Public Life.)

“Maybe,” I concluded, finally, “I will cross-stitch some version of this on a pillow.”

OK, I got carried away. But I have to cover the incivility of modern political discourse every day.

Consider a moment from this very week. Midway through an Ohio campaign speech Thursday, President Barack Obama contrasted his candidacy with Mitt Romney’s, declaring: “You have two very different visions to choose from.”

And someone in the crowd yelled out: “No we don’t!”

Now, that’s not very civil, is it?