Gwen’s Take: The perils of tripping over one’s tongue

I was chatting with a United States Senator the other day who, unbidden, assured me that he was probably the only person in the upper chamber who is definitely not interested in running for president.

When I replied that perhaps he wouldn’t mind being president if he didn’t have to actually run, he smiled and conceded that, yes, that might be so.

This conversation occurred during a week in which the perils of even thinking about running for president became clear.

It’s one thing to line up the big donors (see Rick Perry), take a quick trip abroad (see Chris Christie and Bobby Jindal), or to present oneself as a social media truth teller (see Rand Paul).

But for every ticket punched, there is a slippery spot that can trip you up in a flash.

We’ve seen it happen before — with Hillary and, especially Bill Clinton; with Mitt Romney; and even back in 1988 with Bob “stop lying about my record” Dole.

It’s hard to know when a random issue is going to come to dominate the day, but it’s good to be politically agile when it does. Paul discovered that when he was invited on CNBC to talk about tax reform and was asked instead about the kerfuffle du jour — the revived debate over whether parents should vaccinate their children.

Watching the video, it’s hard to pinpoint exactly when it went off the rails. Was it when Paul said parents own their children, not the government? Was it when he shushed the interviewer by placing his finger over his lips? Or was it as he challenged the premise of every question she asked?

By the end, when he was asked about his 2016 plans, the senator was visibly annoyed.

“Part of the problem is that you end up having interviews like this where the interview is so slanted and full of distortions that you don’t get useful information,” he complained. He added, “So frankly, if we do this again, you need to try to start out with a little more objectivity going into the interview.”

Distorted questions or not, Paul might want to get used to concealing his irritation. That sort of viral video lives forever.

Christie, meanwhile, managed to turn what was supposed to be a foreign policy-burnishing jaunt to London into another stumble on the shoals of unintended consequences. 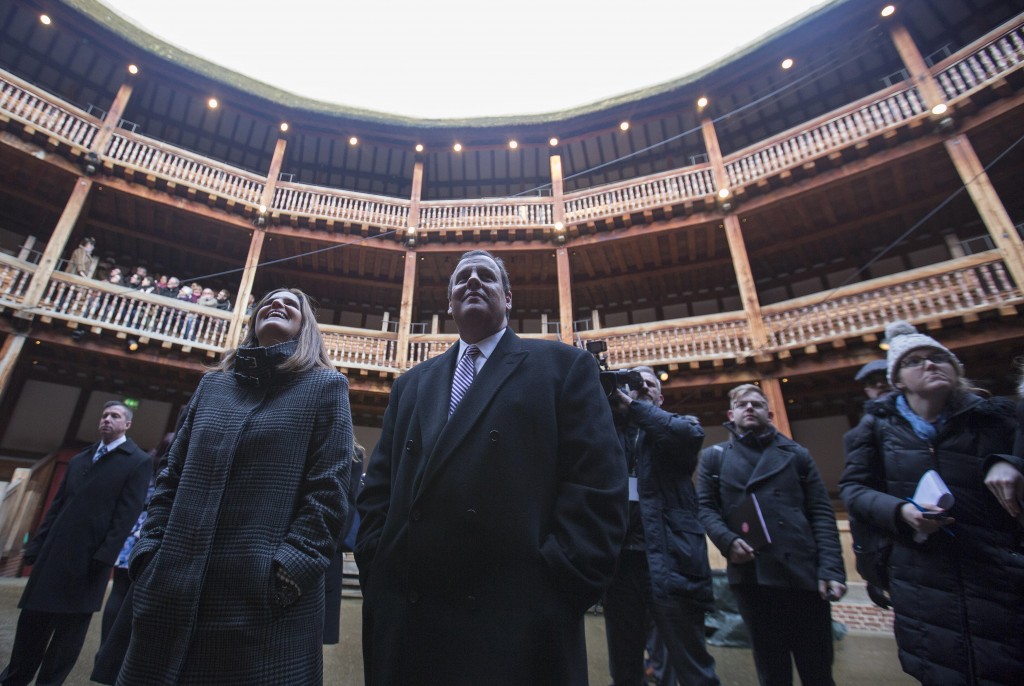 After visiting a British pharmaceutical company, he riffed on the vaccine debate underway back home in response to a reporter’s question.

“Mary Pat and I have had our children vaccinated, and we think that it’s an important part of being sure we protect their health and the public health,” he said. “I also understand that parents need to have some measure of choice in things as well, so that’s the balance that the government has to decide.”

That may have been an artful straddle had Christie not appeared to embrace the argument against vaccinations some years before.

The solution, Christie decided, as scientists and physicians were erupting over the serious measles outbreak underway in the U.S., was to simply stop answering questions about it. And while in Britain, he scolded reporters who dared to ask his thoughts on Islamic State terrorists. The Washington Post reported, “Christie snapped. ‘No questions.’ … ‘Is there something you don’t understand about ‘no questions’?”

That might work now. But it won’t work on the presidential campaign trail, where reporters might be sidelined, but voters have an annoying habit of wanting their questions answered, too.

The true dilemma for these would-be candidates is to learn to take it in stride. The stumbles will happen. The potholes will appear. But a snit never looks presidential.

They could all learn a lesson or too from Ben Carson, the preternaturally calm physician who is contemplating a run for president. “His White House bid is not a lark,” Fred Barnes wrote in the Weekly Standard. “It only seems that way.” But Barnes reports that after Carson stumbled repeatedly on the pre-campaign trail — making Hitler and slavery comparisons in speeches — he was advised to zip his lip. And he did.

Perhaps he could share that advice with freshman Sen. Thom Tillis (R-NC), who is not running for president (yet) but still managed to garner unwelcome headlines by using an unsavory example to illustrate his distaste for government regulation.

Why, he suggested, should government require food service employees to wash their hands?

“I don’t have any problem with Starbucks if they choose to opt out of this policy as long as they post a sign that says ‘We don’t require our employees to wash their hands after leaving the restroom,'” he said. “The market will take care of that.”

And voters will take care of politicians who take things a bit too far.

Left: CNBC’s Closing Bell co-anchor Kelly Evans was shushed by Sen. Rand Paul (R-KY) this week. When you're in the spotlight as a potential presidential candidate, every move you make is scrutinized. Photo from CNBC