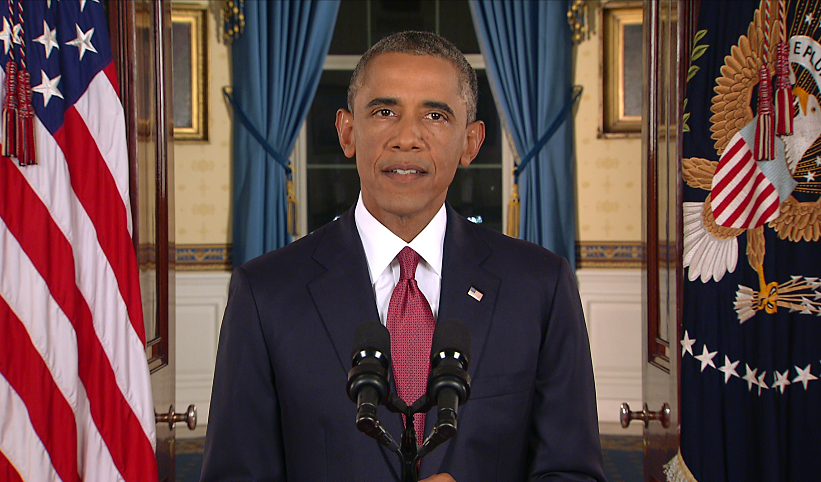 I found myself chuckling aloud at the otherwise most unremarkable line in President Obama’s Wednesday night address to the nation. “This is our strategy,” he intoned. Then he ticked off four points.

It was hard not to believe the leader of the free world was responding pointedly to critics who have spent the past couple of weeks assailing him for not having a plan to stunt the alarming rise of the terrorist group ISIS in Iraq and Syria. (House Speaker John Boehner used the term “strategy” – meaning lack thereof –more than a dozen times in one statement this week.)

As is often the case with this and other presidents, maneuverability is key. Act too fast, and you are accused of being a heedless cowboy. Act too slowly, and you may be derided as feckless. Try to straddle every pole by — among other things, assembling a coalition to spread the responsibility for action – and you can easily slip and fall into the chasm.

On every big issue – from health care to immigration reform to the economic recovery – the president has the same challenges. So, I’ve got four points to make too.

• The Strategy Thing – It is not an accident that the president used mostly plain language to silence his critics. This was not a soaring Obama speech. It was about brass tacks. “This is a core principle of my presidency,” he said. “If you threaten America, you will find no safe haven.”

• The Definition Thing – If you’re confused about whether to label this new threat ISIS or ISIL or the Islamic State Group, you are not alone. The White House labels them “ISIL” for two reasons: they want to make clear the threat is not limited to Iraq, but is region-wide. (The acronym stands for “Islamic State of Iraq in the Levant,” as opposed to ISIS, which means “Islamic State of Iraq and Syria.) But, as the president made clear in his speech, the White House would prefer to scrub the word “Islamic” from all descriptions, so as not to tar Islam as a religion. “ISIL is not ‘Islamic’,” he said. “No religion condones the killing of innocents. And the vast majority of ISIL’s victims have been Muslim.”

• The Timing Thing – You had to listen a little closely, but the president also signaled that this latest combat mission will not last weeks or months, but years. He used terms like “ultimately destroy.” Not immediately. “It will take time to eradicate a cancer like ISIL,” he added.

• The Go It Alone Thing – “This is not our fight alone,” the president said. Also stepping up to the plate – the Iraqis, Syrian moderates, allies from Europe and the greater Middle East, and even the United States Congress.

On one front at least, the White House may be getting a little support. Boehner, who only 24 hours before was rhetorically beating the president about the head, stepped back after the speech. Congress, he said, “ought to give the president what he’s asking for.”

“We only have one Commander in Chief,” he added.

And The Hill reported House Intelligence Chairman Mike Rogers, who has been similarly critical, told the Ripon Society, “We need to do this together,” saying, “Affirmation by Congress would show that we can do hard things, and we can work together on it.”

No votes have been scheduled, and one senses the debate is not yet over. But it’s beginning to sound like there is indeed a strategy at the White House and on Capitol Hill, for now -– even if it’s only a bridge to the next conflict.