I met a member of a dying breed this week. But I had to leave Washington and travel to Pittsburgh to do it.

There, on the campus of Chatham University, I made the reacquaintance of Elsie Hillman, who has spent a lifetime in philanthropy and politics. She is a champion of diversity, of women’s leadership and she supports abortion rights.

She helped create one of her city’s first informal hospices for people with AIDS.

She is also an 88-year-old Republican.

Hillman had no reason to remember when I first came to know her. I was a neophyte political reporter during her years as a powerful Republican national committeewoman. Years later, we met again when she chaired the board for WQED, Pittsburgh’s public television station.

I was in Pittsburgh to deliver a lecture for the Pennsylvania Center for Women and Politics at Chatham University. The center fosters engagement on all level of state and local politics. (Two women are currently competing for the Keystone State’s democratic gubernatorial nomination, for instance.)

I was reminded why it helps to leave the Beltway from time to time: it helps explode some of Washington’s calcified punditry.

Pundit conclusion No. 1: Moderates are dead.

Elsie Hillman is cheerfully resistant to the notion that there is nothing more to be done in a political environment where the two parties have retreated to their own corners and refuse to listen to one another. After working to revive her once struggling hometown and bolster its K-12 public education system, she still believes in the power of compromise.

Hillman came of age as a political strategist at a different time. The book “Never A Spectator: The Political Life of Elsie Hillman,” points out that in 1980, 63 percent of the delegates attending the GOP nominating convention supported Roe v. Wade. The candidates Hillman supported — John Heinz, Richard Thornburgh, Tom Ridge — all were elected as mainstream moderate Republicans in Pennsylvania. None of these men are on the elective scene anymore and it’s hard to name their ideological successors, but optimists like Hillman believe the party cannot thrive without them.

Pundit conclusion No. 2: Young people hate politics and want nothing to do with it.

I was a member of a Sunday talk show panel recently where this was stated as fact. Then, in Pittsburgh, I met 28-year-old Marita Garrett, a Chatham graduate student who decided to volunteer in local politics but instead found herself stepping up to win election to the borough council in nearby Wilkinsburg.
Her intention, she told me, had been to pass out a few flyers, work a phone bank and do a little neighborhood outreach. “I went to a meeting and said, ‘is anyone running against the incumbent?’” she said. The room was silent.

“And I said, what are we going to do about that?”

Garrett answered her own question, by launching her run for borough council and winning. “My background is in outreach,” she said. “But politics and government is like outreach on steroids.”

That means there’s a lot to be fixed in her town, where the schools are struggling to keep up. “How has this gone on for so long?” she asks herself. “Then I remember that’s why I’m there. What’s in our past doesn’t have to be in our future.”

Pundit conclusion No. 3: The debate about women’s voices begins and ends at Hillary Clinton.

Wrong. The debate goes much deeper than that. Chatham University, for instance, is in the midst of a debate many women’s colleges are facing. Is single-gender education still worth the investment?

Every women’s college I know — and I graduated from one — has wrestled with this question sooner or later. Many of these schools were created when opportunities for women were limited. Some were genteel finishing schools. Others were career schools designed to funnel women into the world as teachers and nurses. 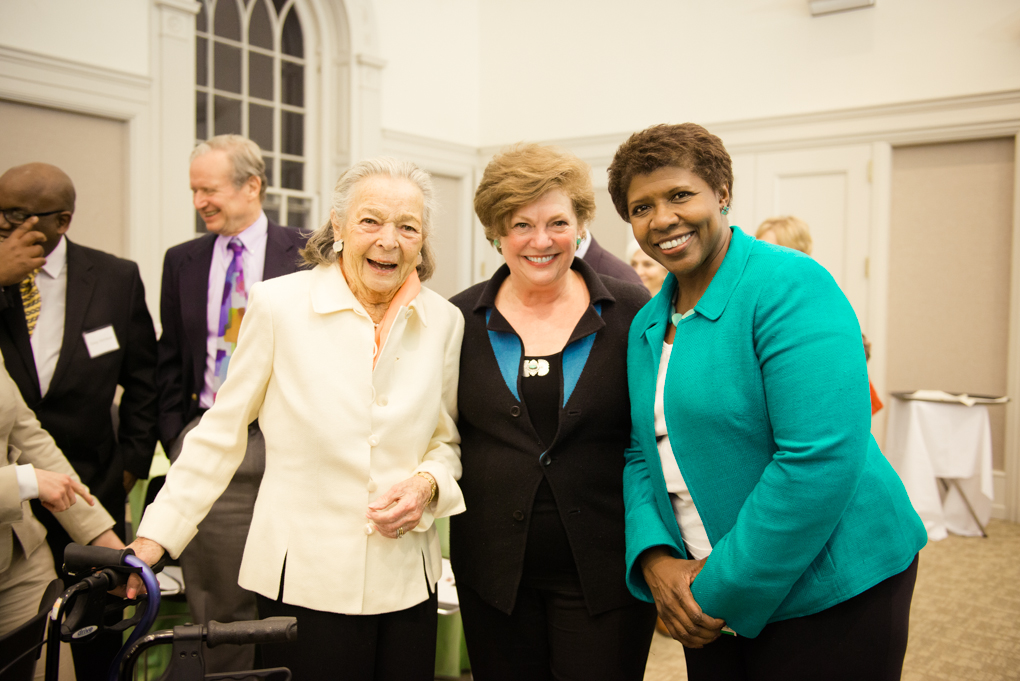 Graduates of these schools are passionate about the value of the education we received. I know I am. But Chatham President Esther Barazzone is raising a critical question as she helps to plot out her small school’s future. Is there a way to maintain the institution’s financial stability while preserving its mission of creating a place for women to nurture their voices?

It’s a different take on co-education that alumnae are going to have to come to grips with if we seek to promote the value of women’s leadership while gradually changing the structure that has allowed them to flourish.

So let’s talk about leadership.

My favorite Elsie Hillman story appears in “Never A Spectator.”

During the race for the 1980 Republican Presidential primary, she set out to help George H.W. Bush win Pennsylvania. Together with campaign strategist Ron Kaufman, she created a little mischief in advance of a visit to Pittsburgh by former California governor (and eventual nominee) Ronald Reagan.

There is highway tunnel leading into Pittsburgh from the airport that, once you exit, gives way to a sudden and breathtaking view of the city skyline and its three rivers.

On the day Reagan arrived, Hillman and Kaufman conspired to welcome him. They hired a giant hot air balloon and anchored it overnight in a downtown park. When the Reagan motorcade cleared the tunnel the next morning, the future president saw that famous skyline view and the balloon — which read “Bush for President.”

This was before social media or even the internet existed to stir the pot. And it was not mean spirited or hostile. But it was old-fashioned poke-in-the-eye politics, and it was fun.

Hillman is still fun, still curious, and still proof that middle ground can exist: politics can be about passion, and women’s voices can be heard. It was a kick to spend some time with her this week.