In her concession speech, Hillary Clinton sent a message to little girls. “Never doubt,” she said, “that you are valuable and powerful and deserving of every chance and opportunity in the world to pursue and achieve your own dreams.”

While Clinton’s loss to President-elect Donald Trump means the highest class ceiling in the nation will remain intact for now, several women of color did achieve monumental firsts in congressional races across the country. Here are some of the winners of those historic races, including the first Somali-American lawmaker and the first Latina senator.

Kamala Harris will be not only the first African-American to represent the state of California in the Senate, but also only the second black woman senator in history — and the first in nearly 20 years. The eldest daughter of Indian and Jamaican immigrants, Harris will also join Washington state’s Pramila Jayapal as the first Indian-American senator in history. As California’s Attorney General, Harris was a leading voice in the state’s efforts to overturn a ban on gay marriage. In her victory speech Tuesday night she said the country now needs some introspection.

“I believe this is that moment in time for our country, where we are collectively being required to look in the mirror, and with furrowed brow, we are asking a question: Who are we? In California, I believe the answer is a good one: We are a great country.” 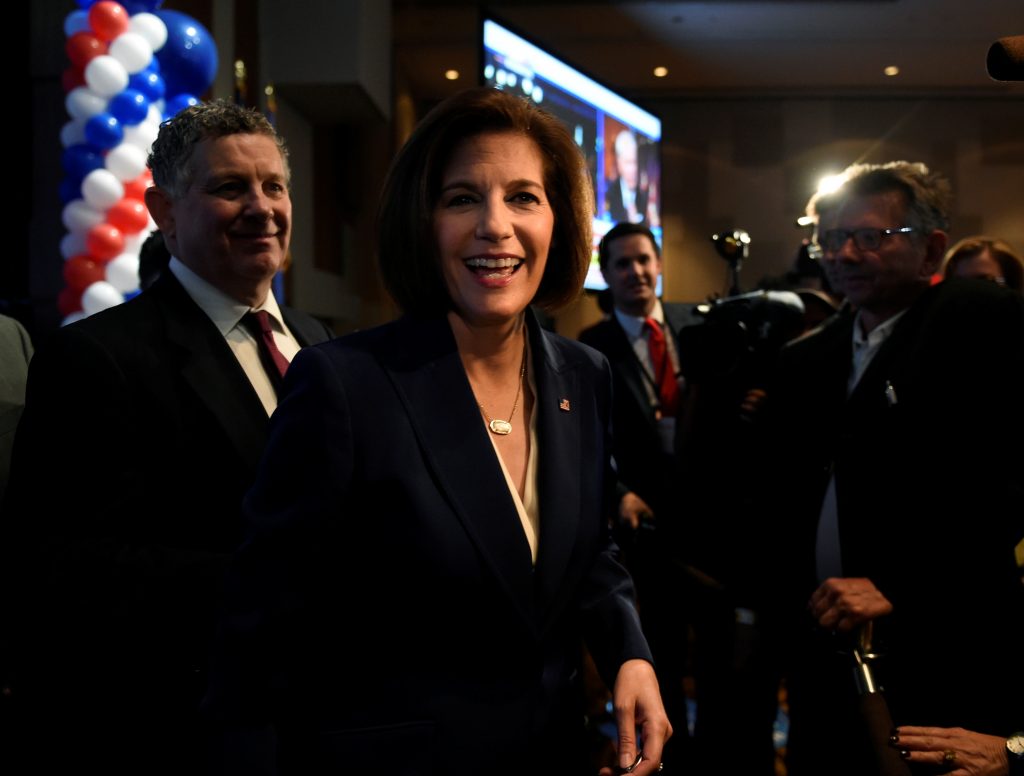 Democratic Senator-elect Catherine Cortez Masto won a narrow victory in Nevada to become the state’s first woman and the nation’s first Latina in the Senate, defeating Republican challenger Joe Heck to claim Senate minority leader Harry Reid’s seat. The three-term senator announced his retirement in March. Cortez Masto is the granddaughter of a Mexican immigrant and has previously served as the state’s attorney general. Her platform focused on immigration. She also supported her opponent’s initial support of Trump’s plans to build a wall along the southern border.

Sharing the accolade with California’s Kamala Harris, Pramila Jayapal was elected the first Indian-American in Congress on Tuesday, beating fellow Democrat Brady Walkinshaw to win Washington’s decidedly liberal seventh district. She takes over the seat held by Rep. Jim McDermott who is retiring after serving in the role for nearly two decades. The immigrant rights activist called her victory “a light in the darkness” in contrast to Trump’s win of the presidency. Following Tuesday’s results, Jayapal told a crowd of supporters late Tuesday that Washingtonians will “have to fight for social justice as never before.” 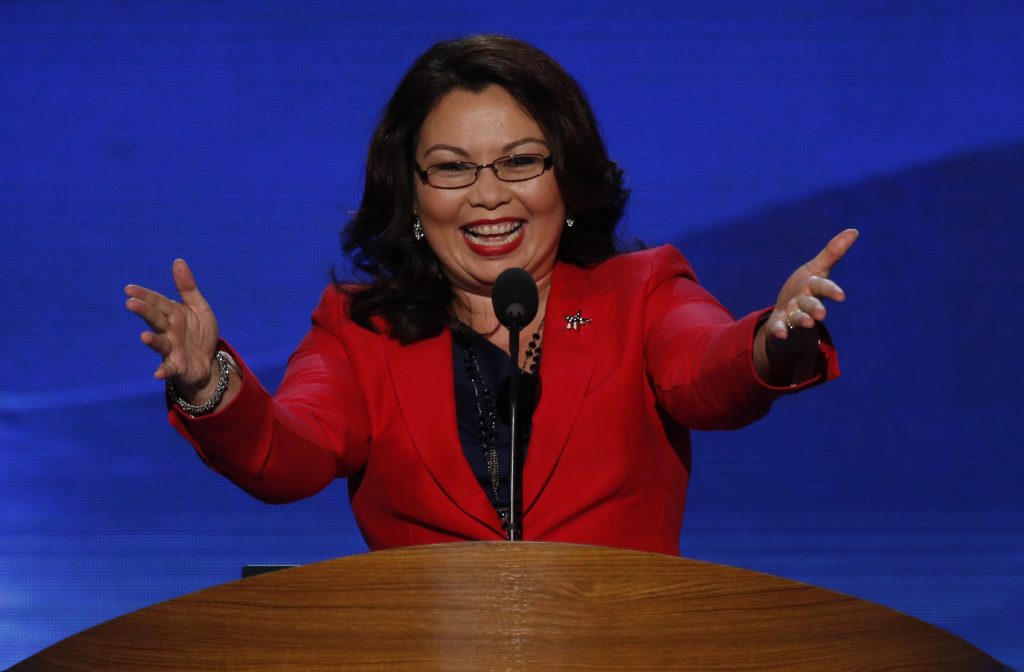 The military veteran and double amputee Tammy Duckworth unseated longtime Illinois Senator Mark Kirk, becoming the first Thai-American in Congress. The daughter of a Thai mother and Vietnam veteran father, Duckworth lost both her legs in 2004 when the helicopter she was piloting was shot down by a rocket-propelled grenade. During an October debate ahead of the election, then Sen. Kirk sparked controversy by appearing to mock Duckworth’s Thai heritage and family history of military service. He later apologized. Duckworth is a two-term Congresswoman who also previously led Illinois’ Department of Veteran Affairs.

Thank you for making me the next senator from Illinois. This victory would not have been possible without your support.

On Tuesday, Democrat Lisa Blunt Rochester beat out Republican Hans Reigle in the race for House of Representatives, replacing fellow Democrat John Carney who stepped down to run for governor. The former state labor secretary is both the first woman and first African-American to represent Delaware in Congress. Rochester said her focus in her new role would be jobs, the economy and equal pay for equal work.

Thank you to all the voters who helped make history in Delaware! #TeamLisa pic.twitter.com/ed6oYBox7w 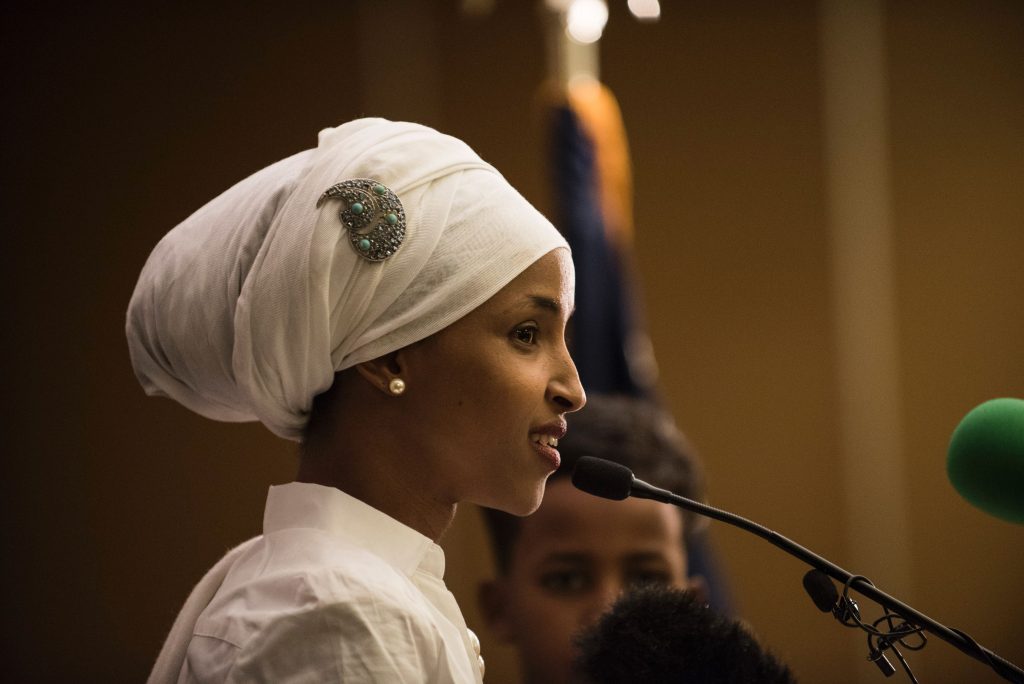 Ilhan Omar becomes Minnesota’s next congresswoman representing the state’s 60B district. She is the first Somali-American to be elected to Congress in history with a convincing victory over Republican challenger Abdimalik Askar, also Somali-American. The 34-year old Muslim was born in Somalia and immigrated to the U.S. after spending four years in a refugee camp in Kenya. She told the local Star Tribune that her district “represents Minnesota as its finest.”

My neighbors and everyone here in this room represents what we as a nation want to be: united in our diversity. Longtime residents, East African immigrants and students—we came together and engaged in the political progress. We talked about the issues that concern us, and we connected on the future we want to create.