In Michigan, a state President Donald Trump won in 2016, non-white voters and voters with household incomes of less than $50,000 were more likely to back former Vice President Joe Biden, according to preliminary data from the Associated Press’ VoteCast survey.

More than three-quarters of non-white Michiganders supported the winning Democrat, compared to 20 percent favoring Trump. And a majority of voters from low-income households — 54 percent — were for Biden. By comparison, a slight majority of voters in the state who made $50,000 or more — 52 percent — chose Trump. 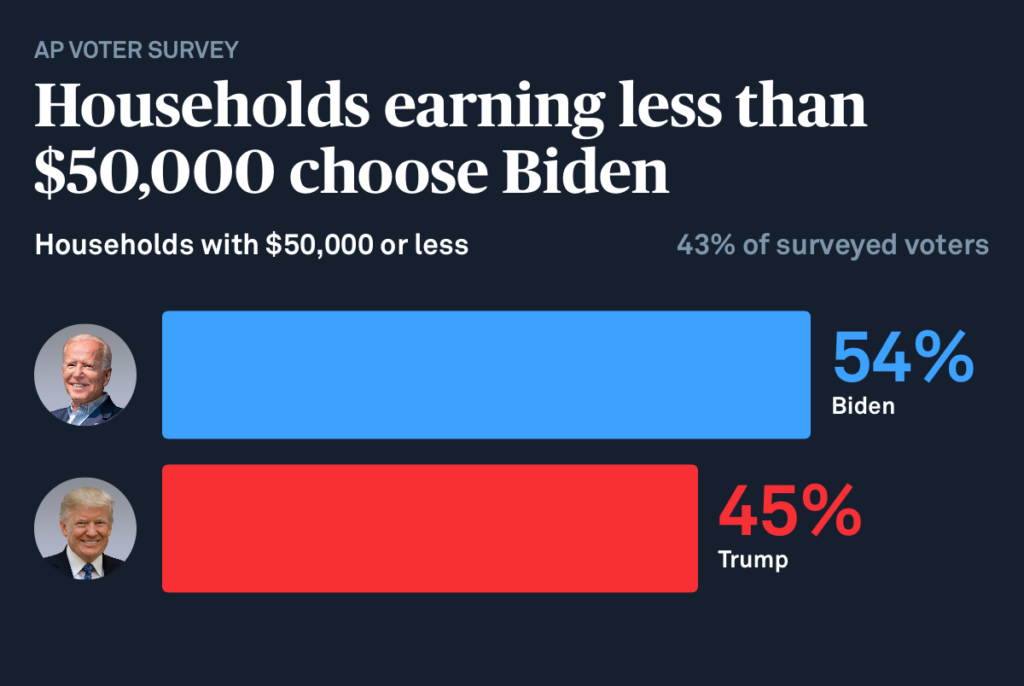 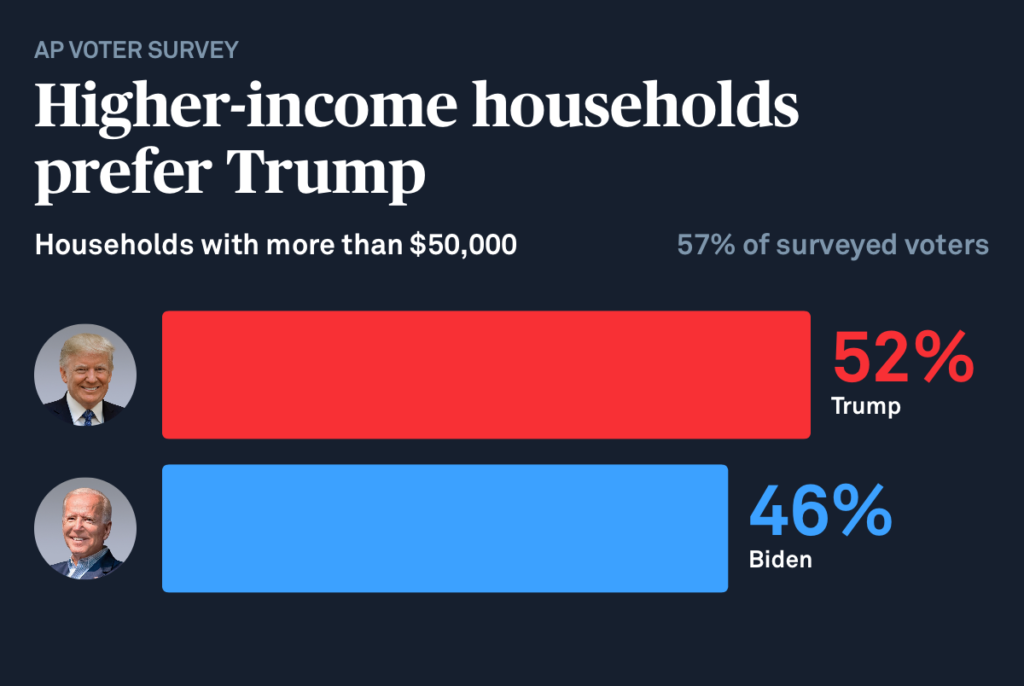 Throughout his presidency, Trump has maintained steady support from his base of supporters, including many religious conservatives, but has also alienated some establishment Republicans.

More than 5.26 million votes have been counted so far in Michigan, the Associated Press reported on Wednesday afternoon, with many of the remaining mailed in. So far, Biden already has secured 70.3 million votes, more than any other presidential nominee in U.S. history. Early Wednesday, Trump falsely declared that he had won the election, despite the fact that ballots were still being counted and several states had not declared a winner.