Wisconsin voters who said they had lost a family member or friend to the coronavirus pandemic were twice as likely to support former Vice President Joe Biden in the 2020 presidential election. Sixty-eight percent said they backed Biden compared to 32 percent who were for Trump, according to preliminary data from the Associated Press’ VoteCast survey Wednesday.

Nationwide, 62 percent of Americans who had lost a loved one to the pandemic said they voted for Biden, according to VoteCast data. In recent months, Wisconsin has become a national hotspot for the virus. More than 250,000 Wisconsinites have gotten sick with COVID-19, and another 2,100 have died after becoming infected with the virus, according to data from the COVID Tracking Project. 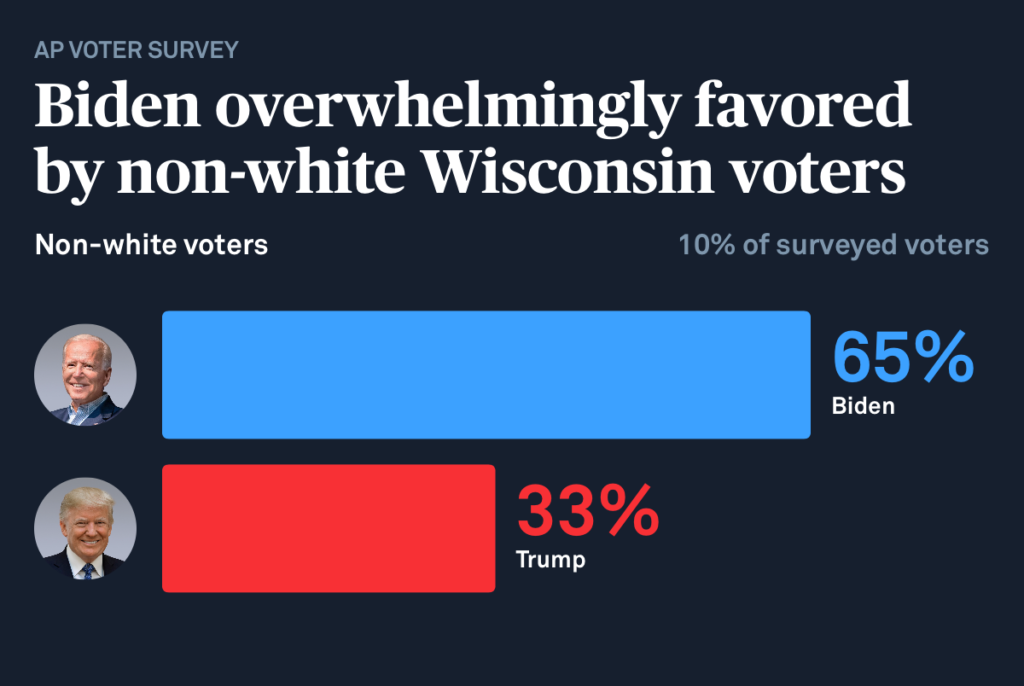 The virus has also disproportionately hurt communities of color, which have reported worse outcomes and higher rates of death from COVID-19 than white communities nationwide — disparities that have been confirmed by recent data from the Centers for Disease Control and Prevention.

In Wisconsin, nearly 65 percent of non-white voters supported Biden, while another 33 percent were for Trump, according to VoteCast data. White voters were almost evenly split with 51 percent for Trump and 48 percent for Biden. 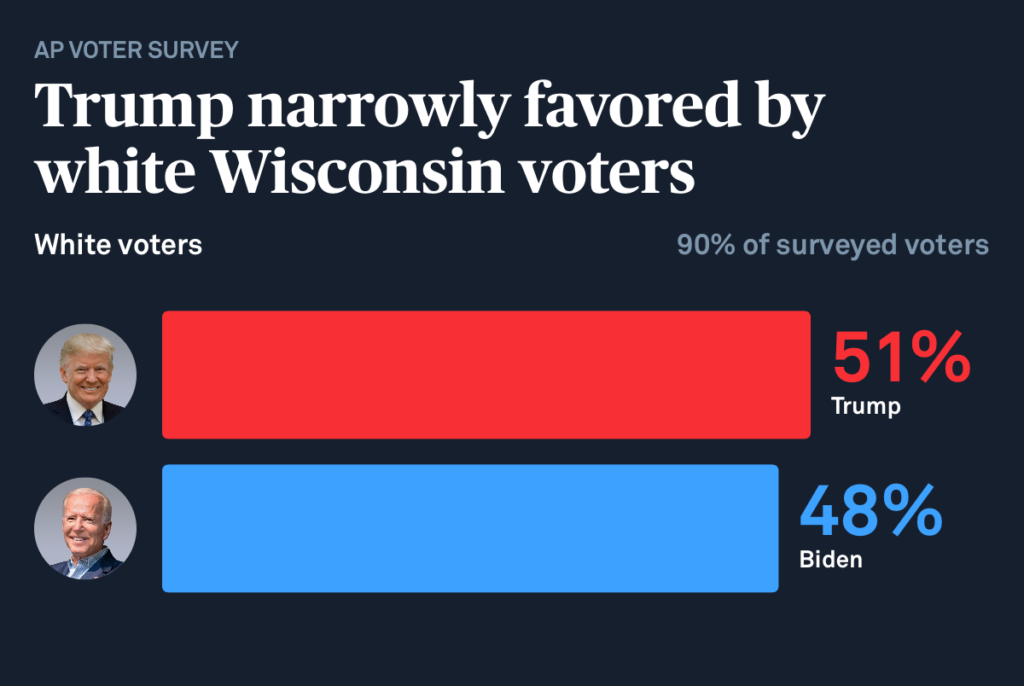 That coronavirus-fueled support may have contributed to Biden winning Wisconsin, a state that Trump secured during the 2016 election. On Wednesday afternoon, Biden held a lead of more than 20,000 votes with election officials tallying more mail-in ballots. The Trump campaign announced it would ask for a recount.

According to various polls conducted during the coronavirus pandemic, Democrat and Democratic-leaning voters have been more likely to say they would use mail-in ballots, an effort ramped up to prevent the spread of the virus. In the lead up to the election, the president has repeatedly tried to discredit mail-in voting. In Wisconsin, 59 percent of Biden voters said they had voted by mail, more than double the number of Trump voters — 23 percent — who chose that method.