Who are the incoming members of Congress? 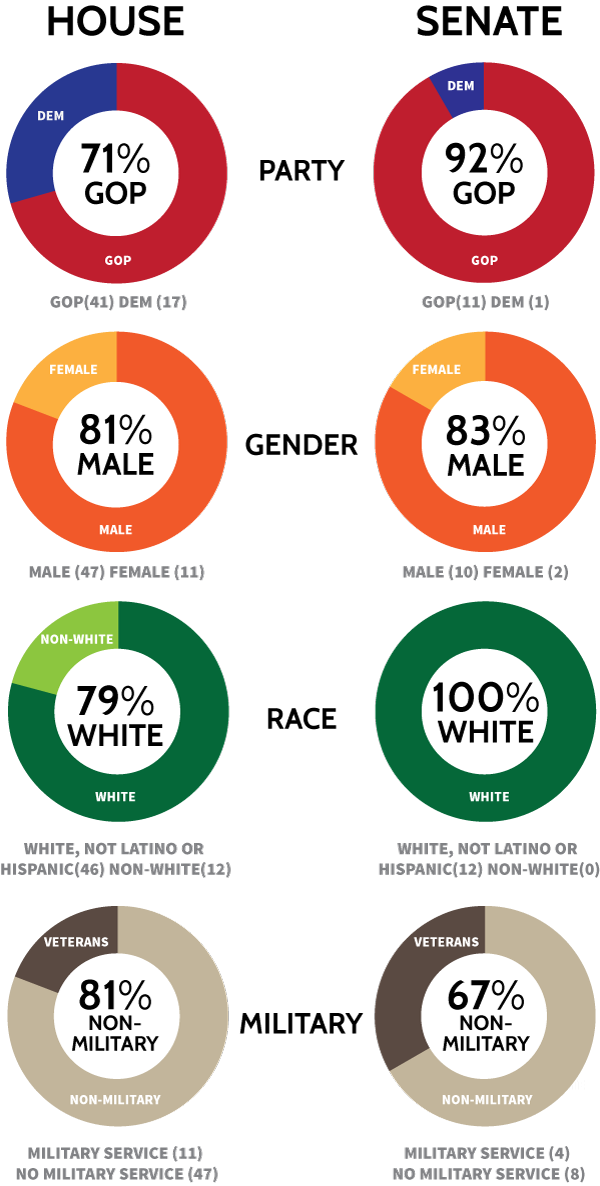 With all but a few midterm elections settled, the demographic sketch of new incoming members of Congress arriving on Capitol Hill for orientation this week remains mostly white, Republican and male.

Nearly three-quarters of incoming representatives and about 90 percent of all new senators will be Republican in the 114th Congress. In both the House and the Senate, about 80 percent of newly elected politicians will be men, and the new group’s average age will be 50 in the House and 51 in the Senate.

In the Senate, all of the new incoming members are white.

In the House of Representatives, the youngest member-elect is Elise Stefanik, a 30-year-old Republican representative from New York and a former White House staffer during the George W. Bush administration. The oldest is Alma Adams, a 68-year-old grandmother, teacher, former North Carolina state legislator and Democrat from Greensboro.

Since Adams won a special election for a vacant seat, she joined Congress immediately, becoming the 100th woman to serve in this Congress. Most of the remaining new members of Congress will take their oaths in January 2015.

About one-fifth of these representatives-elect will have served in the military, compared to one-third of incoming senators, according to data from the advocacy group Iraq and Afghanistan Veterans of America.

That includes Republican Senator-elect Tom Cotton, a Harvard Law graduate who served in both Iraq and Afghanistan before defeating incumbent Democrat Mark Pryor, son of former governor and U.S. Senator David Pryor, in Arkansas. At 37, Cotton also is the youngest of the incoming senators.