For decades, journalist and PBS NewsHour co-founder Jim Lehrer narrated the nation’s story through clear, concise delivery of impartial journalism. He offered viewers the chance to hear different sides and find common ground, and over the years he offered insight into his philosophy. As his colleagues reflect on Lehrer and his legacy, we share some favorite moments from his speeches, interviews and daily life, so that you might hear and remember him as we do.

“Make your own judgments”

In 1973, Lehrer and Robert MacNeil broadcast the Watergate hearings for 47 days of gavel-to-gavel coverage, delivering ardently objective news coverage of the investigation into President Richard Nixon and his administration’s wrongdoing. They told the story straightforward and plainly.

“We are running it all each day because we think these hearings are important, and because we think it is important that you get a chance to see the whole thing and make your own judgments,” Lehrer told audiences at home on the first day of coverage.

Journalism has become “something to watch rather than to believe”

In a 1998 speech to international journalists, Lehrer offered one reason why he thought the industry’s credibility was in question, alongside lawyers and politicians: “Journalism, as practiced by some, has become akin to professional wrestling—something to watch rather than to believe,” he said.

He cited techniques like “talk show shouting and violence” and “no-source reporting” that harmed the audience’s trust in reporters, but he added that there was a so-called “new arrogance” among some of his peers.

“The fact that some in my line of work have developed an approach in words, sneers and body language that says loud and clear: Only the journalists of America are pure enough to judge others. And judge we must,” he said.

In 2006 and in the early years of the U.S. war in Afghanistan, he delivered the commencement speech at Harvard University during a particularly divisive time in the nation’s history. In between making self-deprecating jokes about his appearance, he called on new graduates to rise above their own interests and serve others and noted how his own three years of military service transformed him.

“Beyond the benefits to individuals, connecting and connections are essential for our democratic society to work,” he said.

He called journalism at the NewsHour “the ultimate collaborative enterprise,” and laid out his ground rules for storytelling:

The three years Lehrer served as a U.S. Marine were formative, he often said. In 2006, he recalled the day he arrived in Quantico, Virginia, for basic training and the moment he corrected how his drill instructor pronounced his last name. He quickly learned not to do that again. 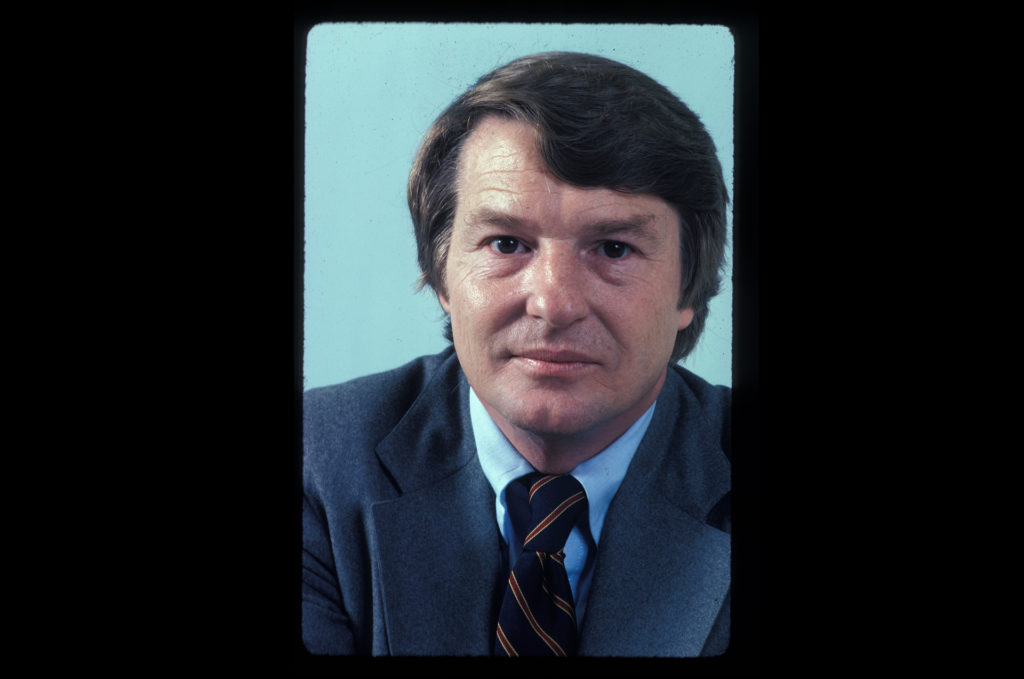 For such a purveyor of truth, Lehrer was also a prolific fiction writer. Amid all the hours he spent shaping and anchoring the NewsHour’s broadcasts, as well as moderating presidential debates, he also wrote more than 20 novels in his lifetime– many of them mysteries and thrillers.

One of his recurring characters was C.I.A. agent Charlie Henderson, who navigates various spycraft plots, and also demonstrated Lehrer’s understanding of the inner workings of Washington. And then there was “One-eyed Mack,” a fictional lieutenant governor of Oklahoma who borrowed biographical details from Lehrer’s Kansas and Texas roots.

When a Washington Post reporter asked Lehrer in 1994 about characters like One-eyed Mack, he said his character was “truly good.”

“It isn’t easy to write a novel about a good man. It’s harder, but more fun. If you are going to make up a friend, make up a good one.”

These thoughts about fiction bled into Lehrer’s own journalism philosophy. In the same Post feature, he recounted a city editor’s one-time advice to him: You should write every story as if it were about you.

“It’s easy to beat up on people. You can’t really be objective, but you can be fair,” he said.

It was Lehrer’s signature phrase. He used it among friends. He would write it on Post-it notes as a gesture of encouragement for colleagues. It appeared in his writing. It was a reminder to put your best foot forward, even after a mistake, to go forth with courage and conviction.

And it’s now being repeated in the newsroom with Jim no longer here.

Do you want to share your memories of Jim Lehrer? Leave your memories and comments in our form. We’ll share them with Jim’s family, and may use some online and on the PBS NewsHour.

The extraordinary legacy and unique voice of Jim Lehrer