There are 329 million people in the United States, but just 100 of them were able to ask questions at the impeachment trial of President Donald Trump.

Those are the U.S. Senators who were allowed 16 hours to complete that task.

For the last two days, they were permitted to ask questions individually, or in groups. All questions were written and short enough to fit on a notecard. (Some pushed those boundaries.) What did they ask?

Throughout Wednesday and Thursday’s sessions, the PBS NewsHour team tracked every question in the spreadsheet below. You can see what senators asked, as well as which topics got the most attention. 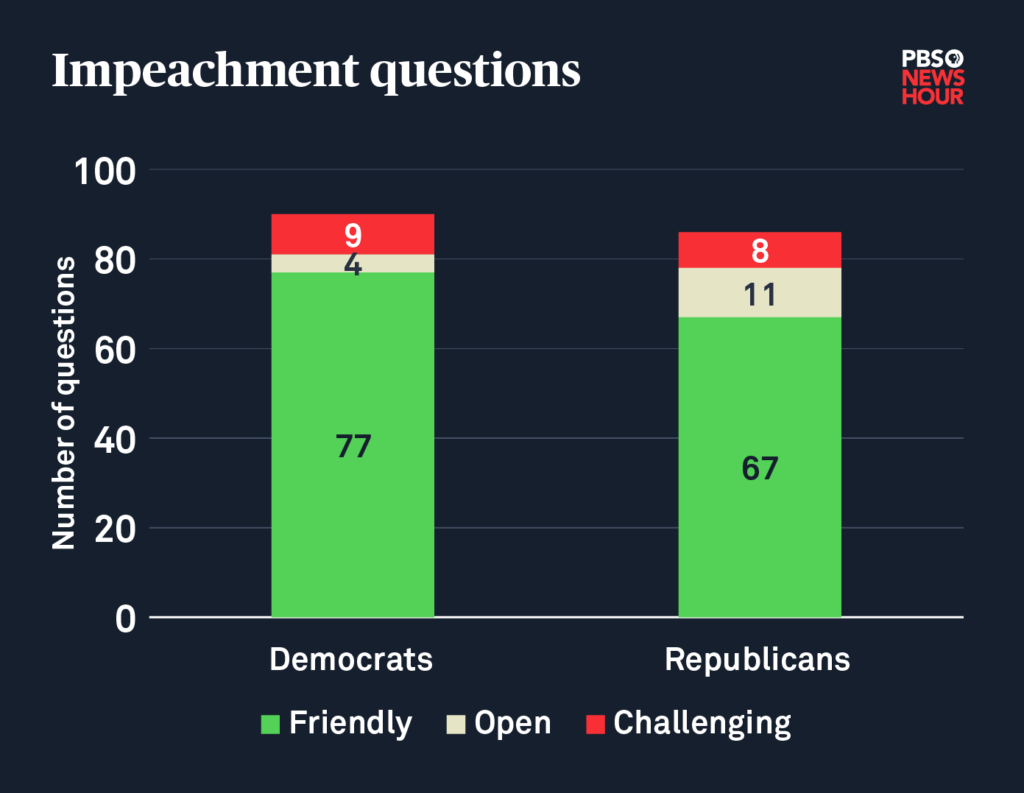 Graphic by Megan McGrew Based on questions collected and analyzed by PBS NewsHour’s Lisa Desjardins.

You can see all the questions the senators asked and the respective topics in the spreadsheet below. 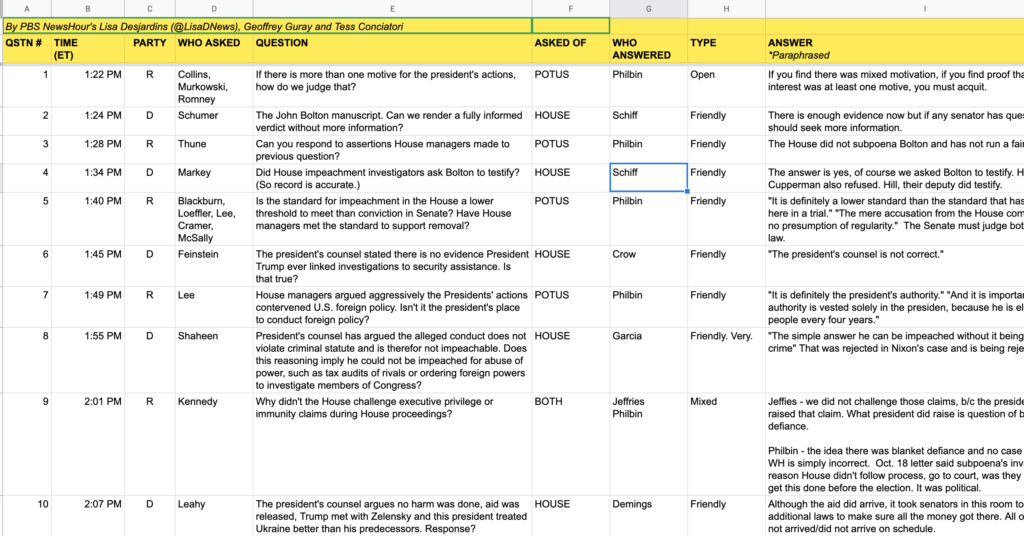