MINNEAPOLIS — A group of women who worked alongside Al Franken on NBC’s “Saturday Night Live” have signed a statement of support for the Minnesota senator.

The women, mainly former SNL staff members, including past performers Jane Curtin and Laraine Newman, said they “feel compelled to stand up” for the senator after working with him over the years on the TV show.

Last week, broadcaster Leeann Tweeden accused Franken, a Democrat, of forcibly kissing her during a USO tour in 2006. Another woman says he placed his hand on her buttocks while posing for a photo at the Minnesota State Fair in 2010.

News anchor Leeann Tweeden discusses her accusation that Sen. Al Franken forcibly groped and kissed her during the 2006 USO tour.

“What Al did was stupid and foolish, and we think it was appropriate for him to apologize to Ms. Tweeden, and to the public,” the statement read. But, the women also said that in “our experience, we know Al as a devoted and dedicated family man, a wonderful comedic performer, and an honorable public servant.” Also, none of the women listed on the statement said they experienced any inappropriate behavior from Franken.

In all, 36 women signed the SNL statement supporting Franken, most of whom have been behind-the-scenes staff. None of the current cast members had signed the statement.

This is the complete list of names from the statement: 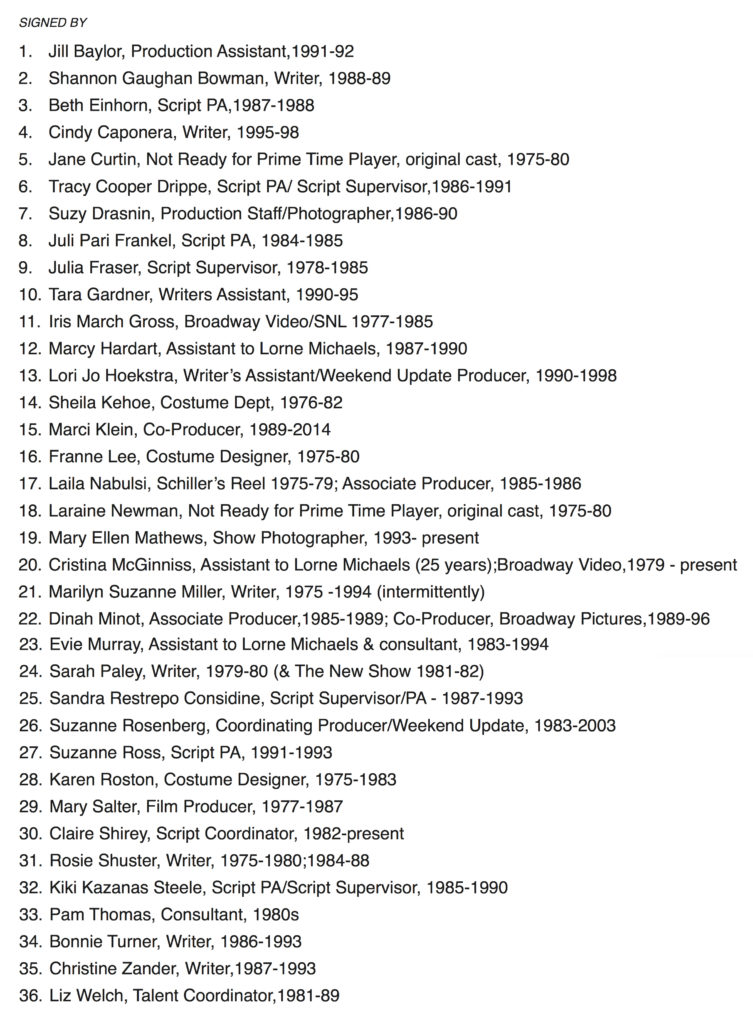 The politics of sexual harassment revelations