Officials investigating why 126,000 voters were purged from NY rolls

Multiple investigations were launched and a top election official was suspended this week after tens of thousands of registered voters were found to be missing from the rolls during Tuesday’s Democratic primary in New York.

The purge drew the attention of city and state officials and raised concerns in a state already under fire for years over its election practices.

Officials were particularly focused on the New York City Board of Election’s removal of roughly 126,000 registered Democrats in Brooklyn, during what the board said was routine maintenance of voter registration lists.

By Thursday the board had suspended its chief clerk in Brooklyn.

New York State Attorney General Eric Schneiderman said he would open an inquiry after his office received more than 1,000 complaints on Tuesday alone, a number that rose significantly from the 2012 election cycle.

“By most accounts, voters cast their ballots smoothly and successfully,” Schneiderman said in a statement issued on Wednesday. “However, I am deeply troubled by the volume and consistency of voting irregularities, both in public reports and direct complaints to my office’s voter hotline.”

Meanwhile, in a move backed by Mayor Bill de Blasio, City Comptroller Scott M. Stringer said he plans to audit the Board of Elections. 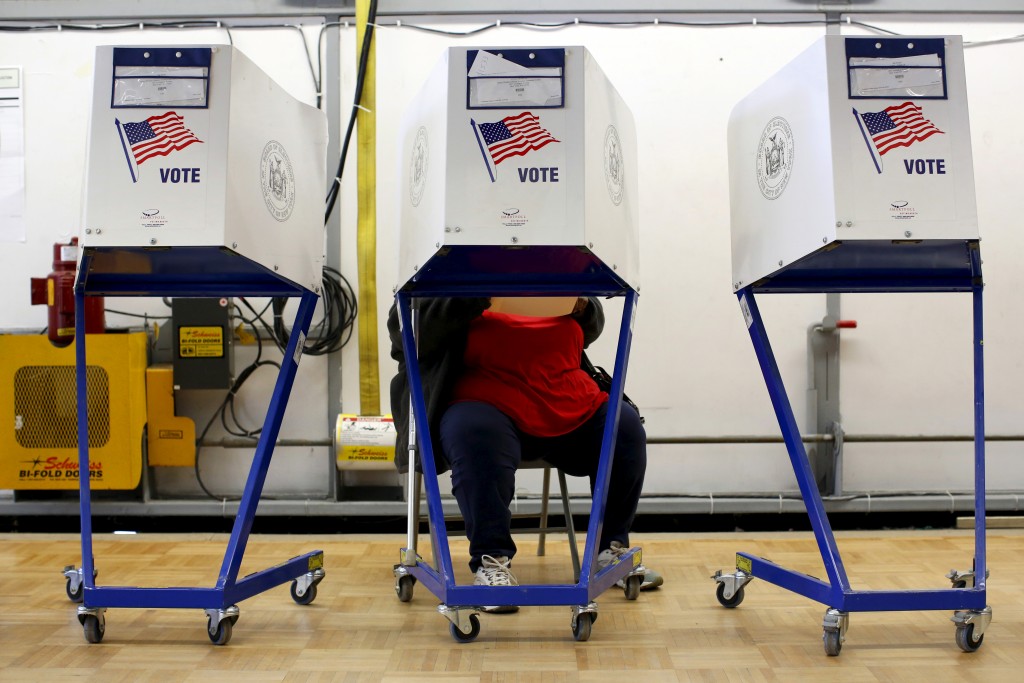 A person sits while completing a ballot at the polling center at the James Weldon Johnson Community Center during the New York primary elections in the East Harlem neighborhood of New York City, U.S., April 19, 2016. Photo by Andrew Kelly/Reuters

Michael J. Ryan, who is executive director of the board and oversees approximately 1,200 polling places stretching across the city, told local media the board removed people who had moved out of the borough, had not responded to the board’s mailers requesting updated information, had not voted during the last two federal election cycles or were convicted of a felony.

“We send you a notice in the mail saying, ‘Hey, we’re going to cancel your voter registration if you don’t respond back to us,” Ryan told NY1 this week. “Only those individuals who did not respond back to our intent to cancel notice were ultimately archived.”

But many voters who called in to local radio shows, contacted elections officials and spoke to the volley of journalists covering the hard-fought New York state primary said they did not fit under any of those parameters and were still taken off the rolls. 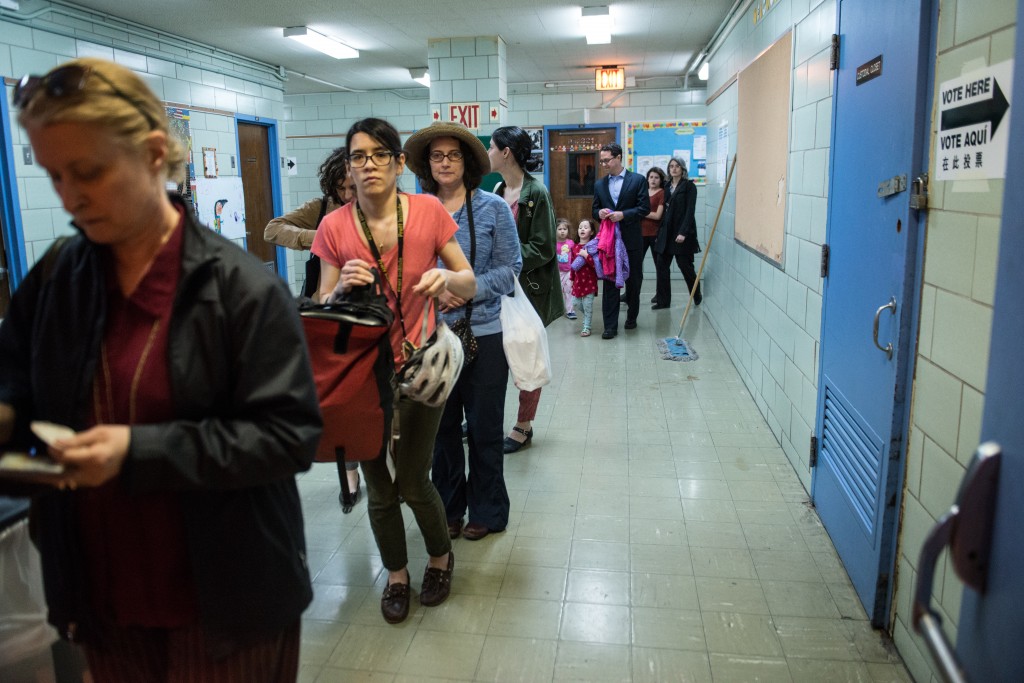 People line up to check into their voting station at Public School 321 on April 19, 2016 in the Brooklyn borough of New York City. Long lines were among a volley of complaints against the New York City Board of Elections. Stephanie Keith/Getty Images

Others complained about long lines, shuttered polling locations and inexperienced polling-place employees. Entire blocks and buildings of voters in some districts were purged from the voter rolls, de Blasio said.

New York state has been the target of criticisms for years over its primary and general elections protocols, which critics say are one reason why the state lags behind much of the nation in voter turnout.

The city had a “historic low” turnout of 20 percent for the November 2014 elections, while the state ranked 46th in the nation for that election cycle, according to the U.S. Election Assistance Commission, which called the state’s practices “restrictive.”

Stringer, the city comptroller, said with several more elections coming up this year, his office would quickly delve into the audit of the city’s Board of Elections. He also issued a letter to Mr. Ryan, laying out his concerns.

“There is nothing more sacred in our nation than the right to vote, yet election after election, reports come in of people who were inexplicably purged from the polls, told to vote at the wrong location or unable to get in to their polling site,” Stringer said in a statement released Tuesday. “The people of New York City have lost confidence that the Board of Elections can effectively administer elections and we intend to find out why the BOE is so consistently disorganized, chaotic and inefficient.”

Left: A woman walks past a voting sign at Public School 22 on April 19, 2016 in the Brooklyn borough of New York City. About 126,000 people were taken off the voter rolls in Brooklyn, spurring official inquiries. Photo by Stephanie Keith/Getty Images