Gwen’s Take: Under the Big Top, Part II: Enough About Me – What Do You Think?

I promised myself not to have anything more to say about the Anthony Weiner circus. Then I remembered what I promised at the end of last week’s blog – to hear you out.

So here is a selection of some of your responses to the seedy scandal that transfixed Washington and cheered professional and amateur comics.

In reading them, I was reminded how smart and reasoned our viewers are. Even on a story that has been covered as obsessively as this one, they added something new to the conversation.

I won’t publish anything but first names because, after all, what have we learned about who says who they are on the Internet? (I’m talking to you, faux lesbian bloggers.)

But here’s the smartest of what you had to say.

One commenter advised me that Facebook and Twitter – and the narcissism they can promote – are sure signs of the apocalypse. 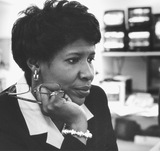 Another contended, before Weiner’s Thursday resignation, that we were somehow giving Weiner a pass. “If this guy had been a Republican, he would have been gone by now,” this anonymous commenter said.

But that reasoning ignores how long it took Sen. John Ensign to resign, and that Sens. Larry Craig and David Vitter and Gov. Mark Sanford all held on to their jobs after post-scandal implosion. Every one a Republican.

A fair number of women wrote to ask why women are so seldom caught up in these things. “Do we recruit decent men into politics?” one asked. “Ego and power,” another said.

But one viewer who identified himself only as “an average guy,” said the male-bashing has got to stop.

“Rather than moving towards equality, we’ve simply switched prejudices,” he wrote. “Now maleness per se is considered a pathology. We’ve learned nothing, and are about to saddle the next generation of young men with the idea that they are somehow less-than, just as we’ve done with women in previous generations.”

The real issue, another viewer wrote, is that “women tend not to get caught.”

The “getting caught”  theme seems to have a lot of support.

“Refreshing to read there is really no point to be made,” a woman who identified herself as Phyllis emailed. “I think, just like children, everyone wants to jump on the bandwagon and point the finger that someone else made a fool of themselves, acted badly and got caught.”

And although many of my correspondents embraced the “power-is-corrupting explanation” of why so many seem to risk so much to stoop so low, at least one had another smart explanation.

“I don’t see power being a factor in Weiner’s sexual acting out as much as celebrity is,” she wrote. “Other than the fact that all those bad behaviors can be lumped under the dreaded “sex” word, they don’t seem comparable to me.”

My favorite comment probably came from a man named Gustavo: “We really should hold our politicians to a higher sexual standard than everyone else,” he wrote. “I do the same thing with my plumber; I don’t want just anyone touching my tubes.”

“Good grief, who cares,” a viewer named Greg responded. “There are probably hundreds of moronic men and women who do this every day. Why should we care?”

Although that visual troubles me, I get the point. And if no one has voted any of those “moronic men and women” into a position of public trust, I’m happy to ignore it all.

And we’ll get to all of that. Right after we set the countdown clock leading up to the golf summit featuring President Obama, Vice President Biden, House Speaker John Boehner and Ohio Gov. John Kasich.

They may not come to a budget agreement on the links, but with Weiner sidelined, at least they’ll be able to focus on their handicaps on the course.