Why polls are ridiculous … until they’re not

There’s former Florida Governor Jeb Bush, Florida Senator Marco Rubio and retired neurosurgeon Ben Carson. There’s also Wisconsin Governor Scott Walker and former Arkansas Governor Mike Huckabee. (I use their titles to help you keep them straight. As the race gets even more crowded, you will thank me for this.)

In the poll, each man clocks in at a mere 10 percent.

Not excited? Look deeper, people. When the Quinnipiac pollsters ask which Republican would run best against Democrat Hillary Clinton — all of a sudden Rand Paul and Rubio leap to the head of the pack. 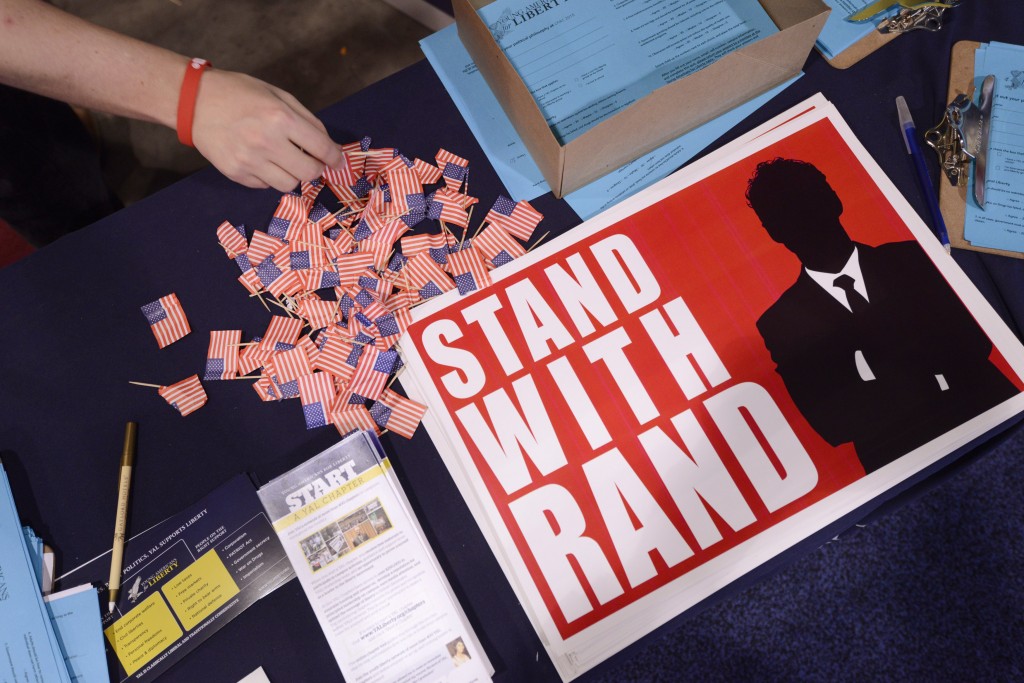 A guest reaches for a flag pin at the Rand Paul booth at the Conservative Political Action Conference in February. Photo by Mike Theiler/Reuters

And there’s more. When you look at the runners up — the candidate voters would most likely choose as a backup — Texas Senator Ted Cruz joins the popular kids.

And, hey, it could be worse. No one even asked about former New York Governor George Pataki, who is actually an announced candidate.

So many numbers to digest. If they’re lucky, ten of these candidates get to crowd onto a debate stage late this summer — a year in advance of the nominating convention — to elbow one another aside.

But here’s why it’s all so ridiculous.

So it’s OK to read the polls. I do. But there is this caution. Ignore the horse race for now. Except to the degree it dictates chances for survival, it is ridiculous. People with deep pockets read those polls to make sure they are making a wise investment. And people who send cameras to cover press conferences do too. All of this dictates outcome. The rest of us can take a deep breath.

There is plenty of time to decide whether the polls — or the debates alone — will tell the story. Until then, read them — there will be many — but keep a grain of salt handy at all times.

Left: Reporters scramble to photograph potential 2016 Republican presidential candidate Jeb Bush in Portsmouth, New Hampshire, last week. Even though he hasn't officially declared his candidacy, polls give him about a 10 percent share of support among voters. Photo by Brian Snyder/Reuters

Microsoft in advanced talks to buy TikTok’s US business