William Barr, President Donald Trump’s pick for attorney general, will promise to protect special counsel Robert Mueller’s investigation into Russia interference in the 2016 presidential election, according to his prepared remarks for his confirmation hearing Tuesday. 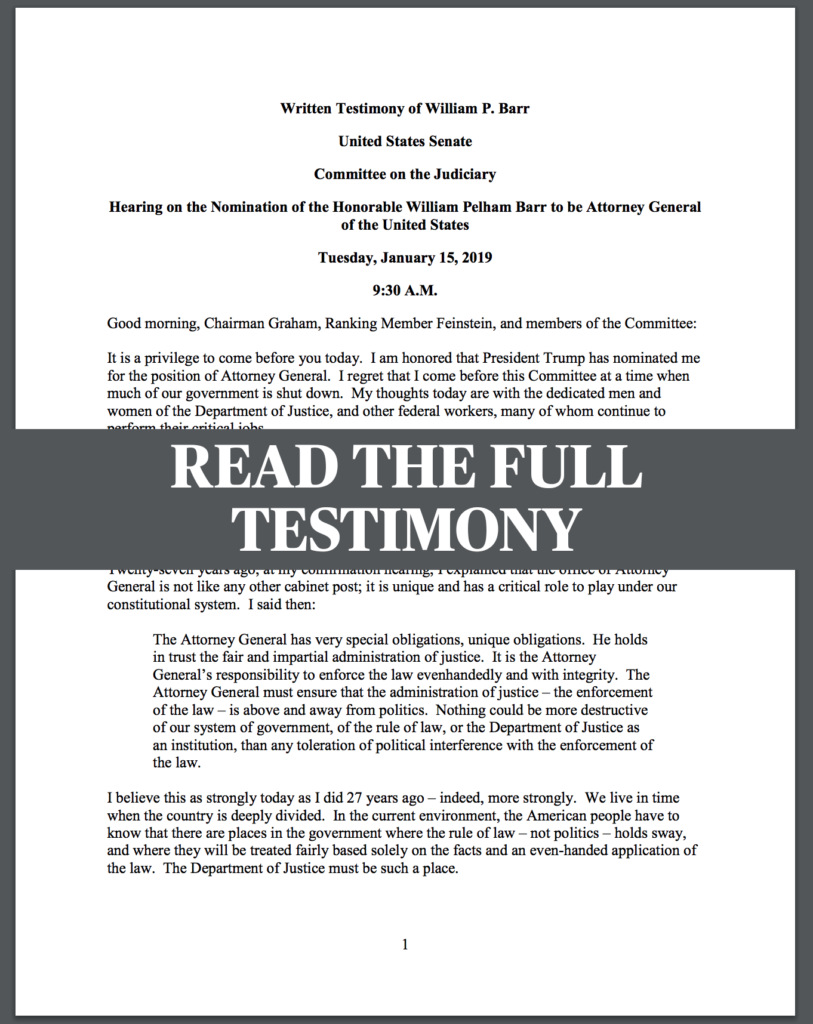 Barr previously served as attorney general under former President George H.W. Bush. Some of Barr’s past comments have drawn attention ahead of his confirmation hearing, including his view that presidents have broad authority with little check from Congress.

Barr wrote a 20-page memo to the Justice Department in June that concluded Trump couldn’t have obstructed justice.

Barr appears to address those concerns in his prepared remarks, saying, “it is very important that the public and Congress be informed of the results of the Special Counsel’s work.”

“For that reason, my goal will be to provide as much transparency as I can consistent with the law,” he wrote. “I can assure you that, where judgments are to be made by me, I will make those judgments based solely on the law and will let no personal, political, or other improper interests influence my decision.”

What the acting attorney general thinks of the Mueller probe