Editor’s note: This article has been updated to reflect the remainder of the hearing testimony.

In 2003, while he was working at the George W. Bush White House, Brett Kavanaugh wrote that he wasn’t sure every expert saw the landmark 1973 Roe v. Wade abortion ruling as settled law. After the email became public last week, Kavanaugh told senators at his Supreme Court confirmation hearing that those words did not have any reflection upon his personal views. Democrats, however, argued that the email ran counter to Kavanaugh’s assertion that he does see the case as “settled law.”

“I am not sure that all legal scholars refer to Roe as the settled law of the land at the Supreme Court level since Court can always overrule its precedent, and three current Justices on the Court would do so. The point there is in the inferior court point,” Kavanaugh wrote at the time. 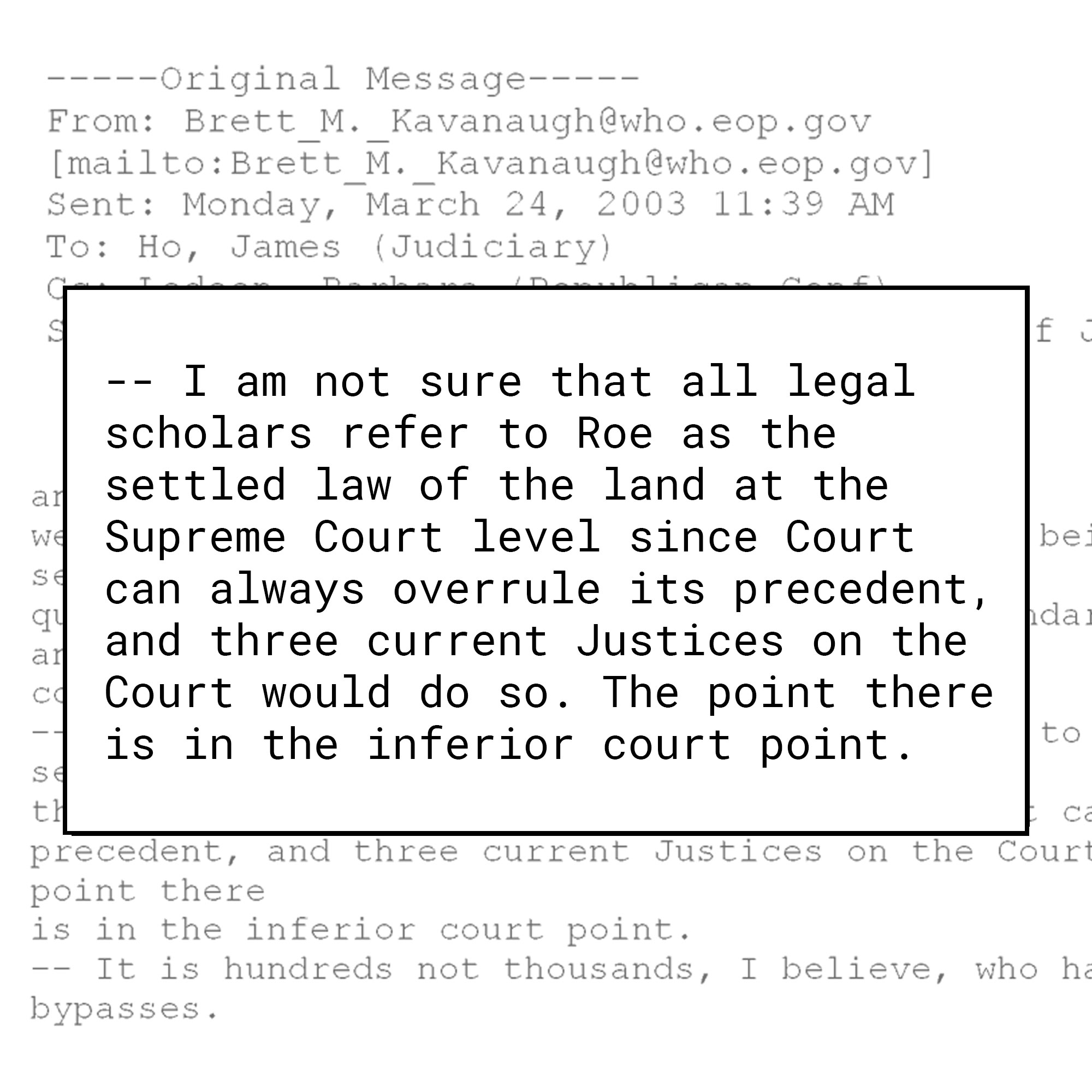 In the email, obtained by the PBS NewsHour, Kavanaugh was reviewing an op-ed in support of a Bush judicial nominee.

The left has questioned Kavanaugh’s views on abortion and whether he’d protect a woman’s right to choose as part of their campaign to block his nomination to the highest court. During questioning by senators this week, Kavanaugh said that Roe v. Wade and a subsequent court ruling were settled law, reaffirmed by the Supreme Court many times.

On Thursday, after the email was made public, Kavanaugh told senators that his email did not reflect his own personal view. It was instead, he said, his prediction for “what legal scholars might say.”

Abortion was one of the topics addressed again Friday, when witnesses testified in support of and against Kavanaugh’s confirmation.

Luke McCloud, a former clerk, told Senators that with Kavanaugh, “there was no hidden agenda or partisan axe to grind, just the law, always the law.”

Other witnesses, like NYU law professor Melissa Murray, said Kavanaugh would “threaten people’s ability to make fundamental personal decisions, including whether to have an abortion.”

Read the full email below or at this link.