Twitter CEO Jack Dorsey says his platform “does not use political ideology to make any decisions,” pushing back against critics who have accused the social media company of both censoring political content and not acting quickly enough to take down hateful rhetoric.

“Twitter does not use political ideology to make any decisions, whether related to ranking content on our service or how we enforce our rules.”

Politics are not at play “whether related to ranking content on our service or how we enforce our rules,” Dorsey wrote in testimony he prepared for a House Committee on Energy and Commerce hearing on Wednesday afternoon, where he will be the sole witness in a hearing on Twitter’s transparency and accountability. His appearance follows another Wednesday morning before the Senate Intelligence Committee, where Dorsey and Facebook COO Sheryl Sandberg will answer questions about how Russia used social media to interfere in the 2016 elections.

Earlier this year, Special Counsel Robert Mueller’s team indicted 13 Russian nationals who worked in “varying capacities” with a Russian troll farm known as the Internet Research Agency. Many of those indicted posed as U.S. political organizations or individuals in an effort to sow divisions around key political issues.

In his prepared testimony, Dorsey said “we have learned from situations where people have taken advantage of our service and our past inability to address it fast enough.” The platform has so far removed 3,843 accounts linked to the IRA, he wrote.

An internal audit found 50,258 automated accounts across Twitter that were linked to Russia and also promoting election-related content. Dorsey said that represented “less than two one-hundreths of a percent of the total accounts on Twitter at the time,” but that “any such activity on Twitter is unacceptable.”

“We remain vigilant about identifying and eliminating abuse on the platform perpetrated by hostile foreign actors, and we will continue to invest in resources and leverage our technological capabilities to do so,” he wrote.

Read Dorsey’s full statement by clicking on the image below. 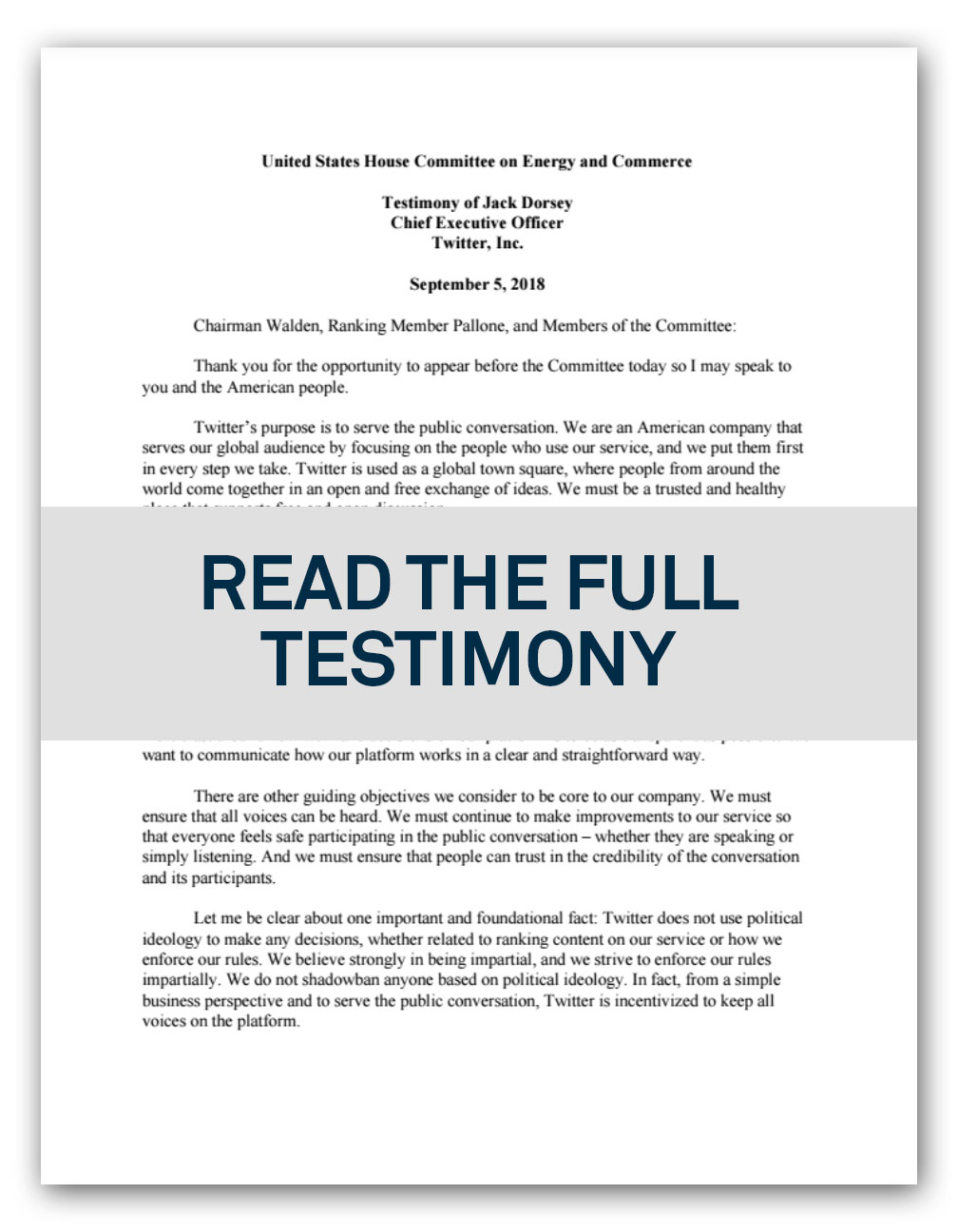