The House managers in the impeachment trial of President Donald Trump argue in a legal brief that the president’s conduct constitutes the “worst nightmare” of the framers of the Constitution.

In an 111-page document released Saturday, the seven House Democrats who will serve as the prosecutors during the trial say if Trump is not removed from office, he will “continue to endanger our national security, jeopardize the integrity of our elections, and undermine our core constitutional principles.”

The White House filed its counter-arguments on Monday. Trump’s defense team calls the impeachment inquiry “irredeemably flawed” and argues the Democrats have no evidence to support their claims. 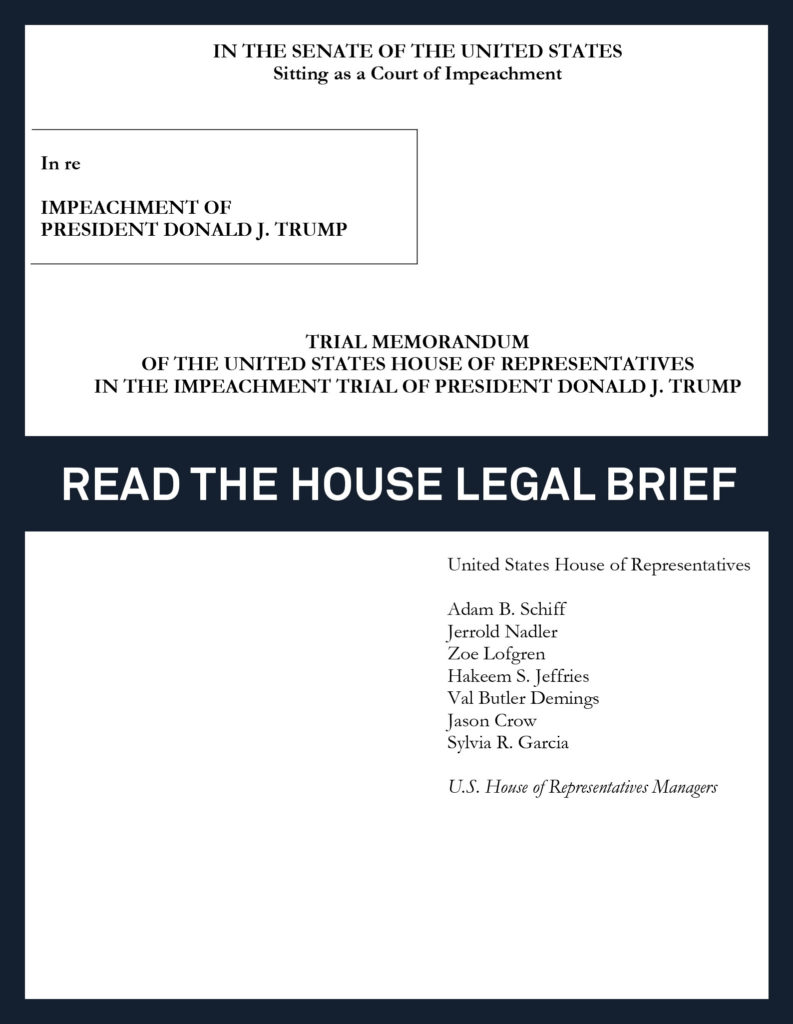