Prosecutors in the Southern District of New York requested Friday that the courts impose a “substantial term of imprisonment” on President Donald Trump’s one-time attorney, Michael Cohen — one that also reflected his “modest” cooperation in the ongoing Russia investigation.

The documents, along with another memo from special counsel Robert Mueller’s team Friday, provide more information on Cohen’s work during Trump’s 2016 campaign and what he has contributed to the special counsel’s ongoing investigation into Russia interference in the 2016 presidential election.

In their court filing, SDNY prosecutors document four distinct crimes — tax evasion, illegal campaign contributions, making false statements to a financial institution, and lying to Congress — committed by Cohen over several years. They said Cohen “repeatedly used his power and influence for deceptive ends. Now he seeks extraordinary leniency – a sentence of no jail time – based principally on his rose-colored view of the seriousness of the crimes.”

Mueller’s team paints Cohen as more cooperative in recent weeks. Mueller’s team, in its own memo, said it didn’t have a straight recommendation for Cohen’s sentencing, other than that it be consistent with whatever New York prosecutors requested. The memo also said Cohen told lies to Congress that were “deliberate and premeditated,” withholding information from investigators that sought to limit the probe’s ability to uncover the truth. Cohen then repeated those lies publicly, the memo said.

Cohen, who was until recently part of Trump’s inner circle, pleaded guilty to eight criminal counts in August, including charges of tax evasion, campaign finance violations and falsifying bank documents. Cohen said that Trump had directed him to arrange $130,000 in hush money for silencing two women alleging affairs with the president, including adult film actress Stephanie Clifford, know as Stormy Daniels.

Last week, Cohen pleaded guilty to lying to Congress about a deal to build a Trump Tower in Russia. As part of a plea deal with Mueller’s team, Cohen agreed to cooperate with the special counsel.

Cohen’s sentencing is scheduled for Dec. 12.

Read the SDNY’s full memo below. 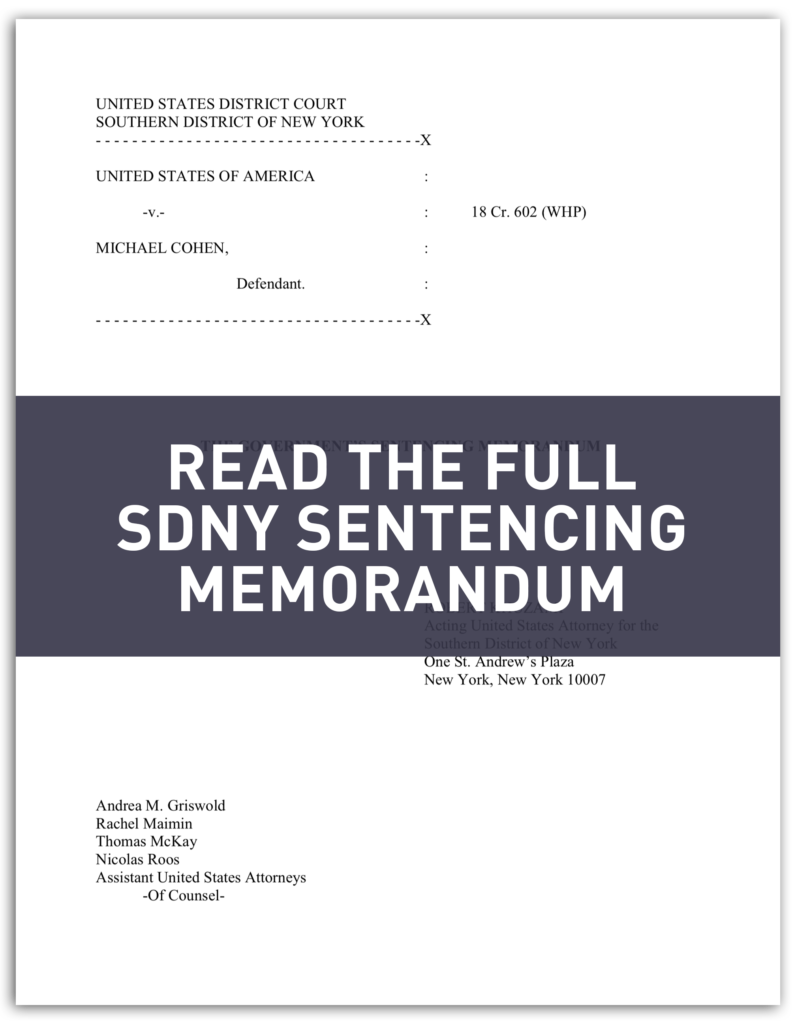 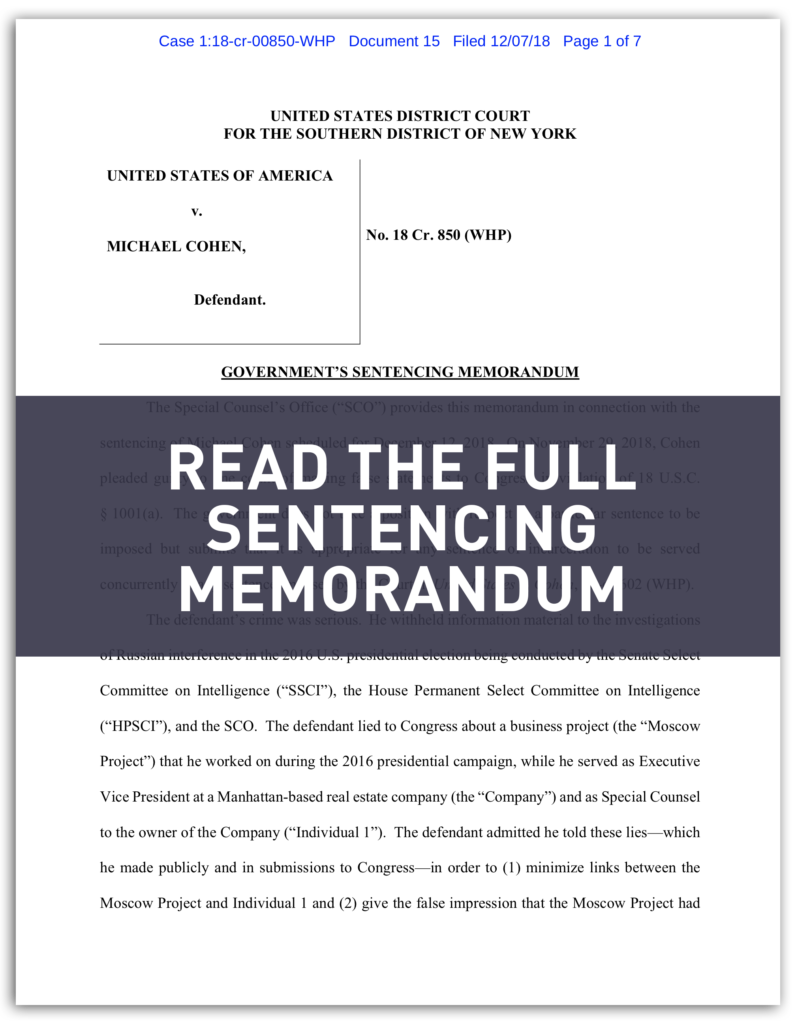