The testimony Michael McKinley, a former senior adviser to Secretary of State Mike Pompeo, gave to three House committees on the impeachment inquiry against President Donald Trump, was released Monday.

McKinley resigned from his post in October after over three decades as a diplomat. 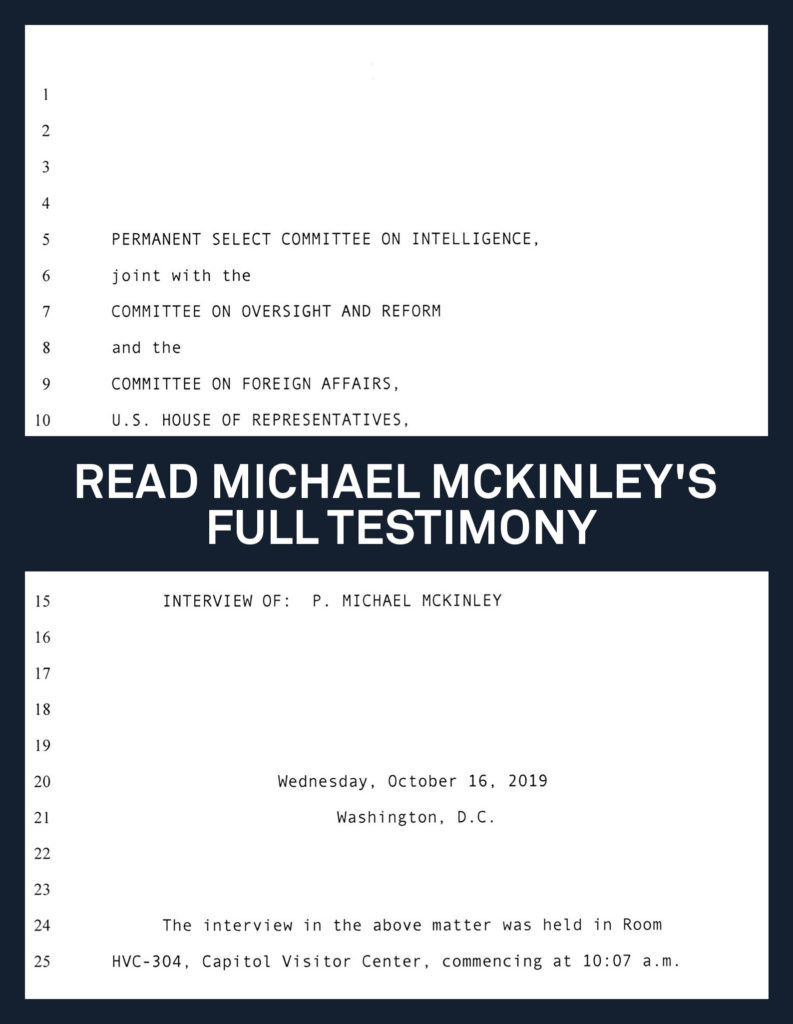