Special counsel Robert Mueller’s team has recommended that former national security advisor Michael Flynn serve little to no jail time for lying to the FBI because of his “substantial assistance” in Mueller’s Russia investigation, according to court documents filed Tuesday night.

Flynn pleaded guilty in December 2017 to lying about his conversations with Russian ambassador Sergey Kislyak in the weeks before President Donald Trump took office.

While Flynn made “multiple false statements, to multiple Department of Justice entities, on multiple occasions,” according to a heavily redacted addendum filed Tuesday, he has also participated in 19 interviews with the special counsel’s office and DOJ officials, providing “firsthand information,” including documents and other communications, about interactions between members of Trump’s transition team and Russian government officials.

The Russia investigation has placed the Trump administration under scrutiny for the last 18 months.

Since special counsel Robert Mueller opened the probe into Russia interference in the 2016 presidential election last May, five people who worked for President Donald Trump’s businesses or his presidential campaign have pleaded guilty to federal charges.

Flynn’s sentencing is scheduled for Dec. 18. 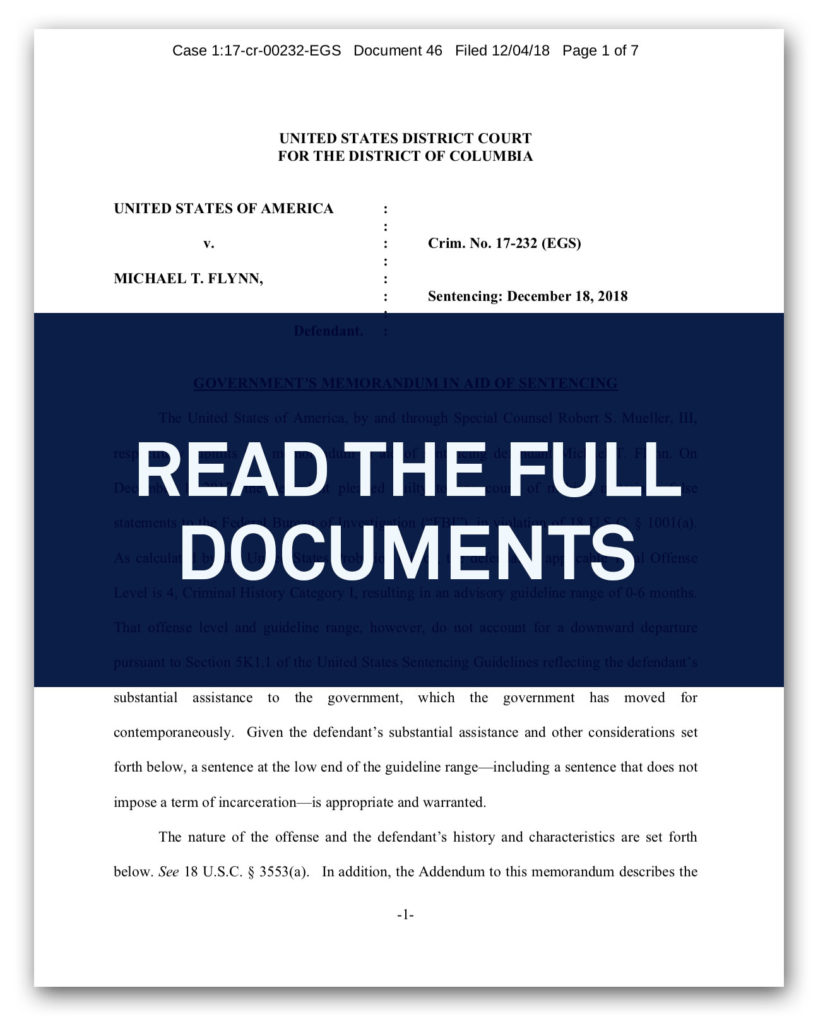