Noah Feldman, Harvard law professor, is expected to testify before House lawmakers Wednesday that President Donald Trump “has committed impeachable high crimes and misdemeanors by corruptly abusing the office of the presidency.”

Feldman is testifying in the first day of public hearings by the House Judiciary Committee as part of the impeachment inquiry into Trump. The focus of the Judiciary hearing is to define grounds for a presidential impeachment.

Feldman, who was called as a witness by House Democrats, will testify that the evidence shows Trump conditioned military aid to Ukraine as well as a White House meeting on the announcement of an investigation into his political rivals.

“Both of these acts constitute high crimes and misdemeanors impeachable under the Constitution,” Feldman will testify, according to his opening statement obtained by the PBS NewsHour. 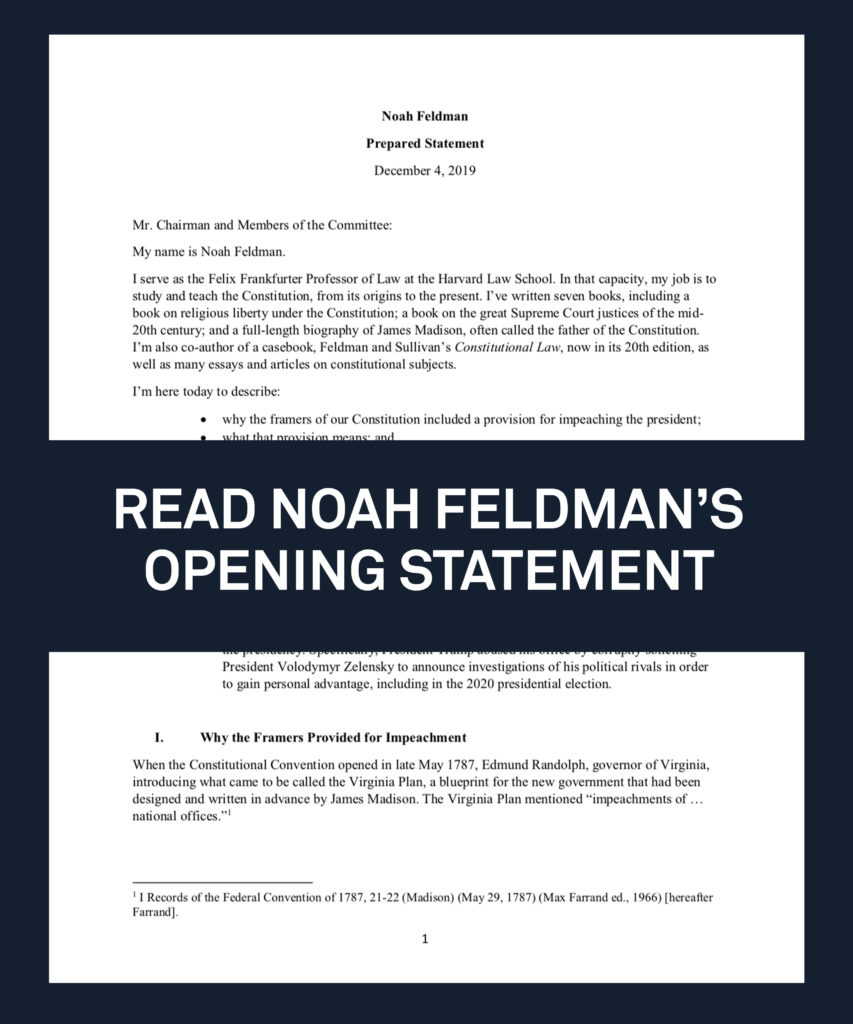 The hearing comes after the House Intelligence Committee held hearings in late November. Those hearings featured key witnesses who had knowledge of Trump’s dealing with Ukraine.

The impeachment inquiry has revolved around a July 25 phone call in which Trump asked the president of Ukraine to investigate former vice president and 2020 presidential candidate Joe Biden and his son, Hunter.

Left: A gavel sits on the chairman’s dais in the U.S. House Judiciary Committee hearing room on Capitol Hill in Washington, U.S., June 14, 2019. The dark cloud of impeachment has threatened President Donald Trump for many months, with Democrats in the U.S. House of Representatives, where any such effort to remove Trump from office would begin, divided about whether to proceed. Picture taken June 14, 2019. REUTERS/Jonathan Ernst