Pamela S. Karlan, a Stanford law professor, is expected testify to Wednesday during a House Judiciary hearing that President Donald Trump “must be held to account” for his actions relating to Ukraine.

“Based on the evidentiary record, what has happened in the case before you is something that I do not think we have ever seen before: a president who has doubled down on violating his oath to ‘faithfully execute’ the laws and to ‘protect and defend the Constitution,'” Karlan is expected to say based on her prepared opening statement obtained by the PBS NewsHour.

In her testimony, Karlan plans to address the grounds for a presidential impeachment, which the Judiciary committee hearing seeks to establish. 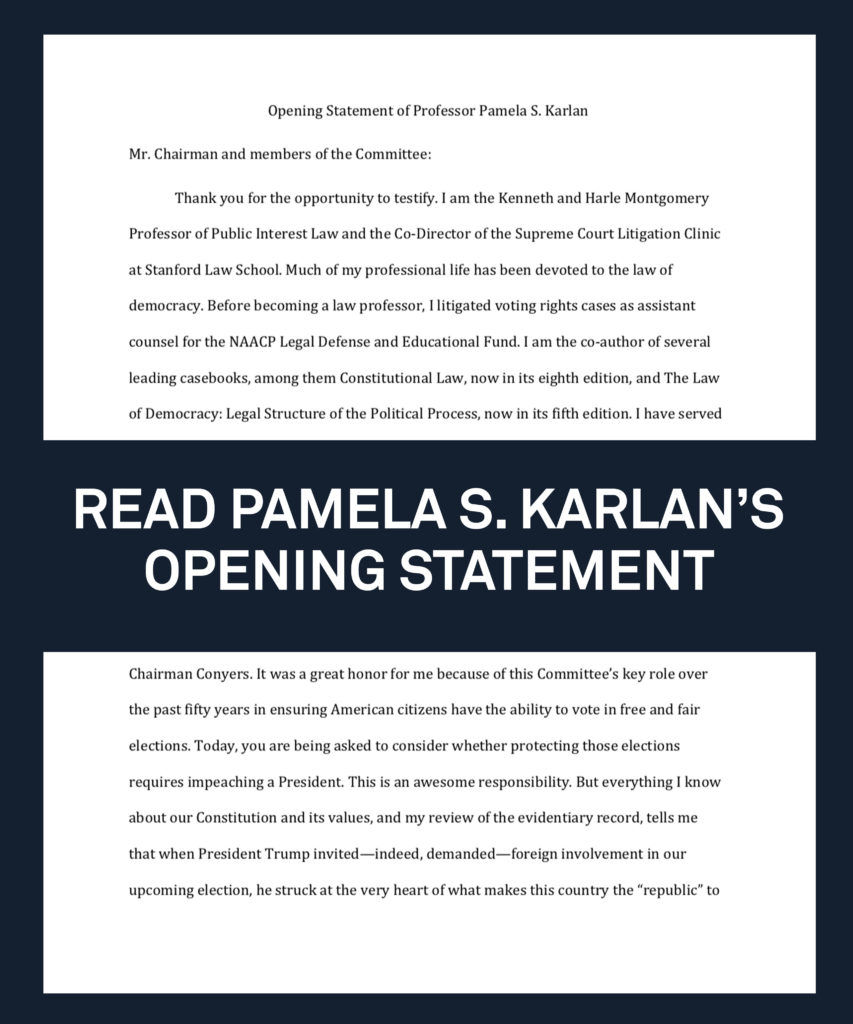 The hearing comes after the House Intelligence Committee held hearings in late November in the impeachment probe into Trump.

During those hearings, witnesses provided information about Trump’s dealings with Ukraine, including a July 25 phone call in which Trump asked the president of Ukraine to investigate former vice president and 2020 presidential candidate Joe Biden and his son, Hunter.

Left: A gavel sits on the chairman’s dais in the U.S. House Judiciary Committee hearing room on Capitol Hill in Washington, U.S., June 14, 2019. The dark cloud of impeachment has threatened President Donald Trump for many months, with Democrats in the U.S. House of Representatives, where any such effort to remove Trump from office would begin, divided about whether to proceed. Picture taken June 14, 2019. REUTERS/Jonathan Ernst