WASHINGTON (AP) — House Speaker Nancy Pelosi and the Democrats are considering swift impeachment — beginning Monday — after the deadly siege of the U.S. Capitol by a pro-Trump mob that shocked the nation and the world.

“We must take action,” Pelosi declared on a private conference call with Democrats.

The attack on the Capitol left five dead, including a protester and a police officer. Trump is to leave office Jan. 20 when Democrat Joe Biden is sworn in, and he has said he will not attend the inauguration.

“This unhinged president could not be more dangerous,” Pelosi said of the current situation.

If Trump were to be impeached by the House and convicted by the Senate, he might also be prevented from running again for the presidency in 2024 or ever holding public office again. He would be only the president twice impeached. A person granted anonymity to discuss the private call said Pelosi also discussed other ways Trump might be forced to resign.

Rep. David Cicilline, D-R.I., has taken the lead with the following draft version of the articles of impeachment against Trump. 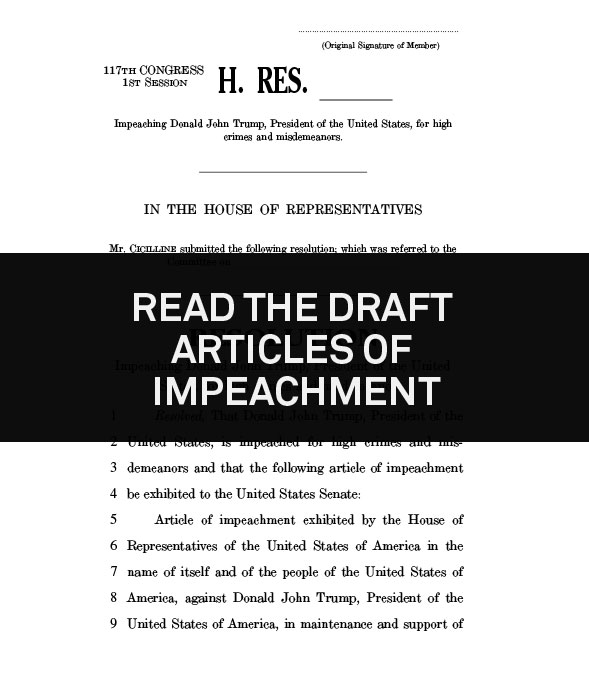