Roger Stone, a political consultant and long-time confidant of President Donald Trump, was indicted and arrested on seven charges as part of the investigation led by special counsel Robert Mueller into Russian meddling in the 2016 presidential election Friday.

Authorities arrested Stone in Ft. Lauderdale, Florida, on seven charges that ranged from witness tampering, obstruction of an official proceeding and making false statements. Stone is scheduled to make a court appearance at 11 a.m. ET Friday.

Read the full indictment document against Stone from the Mueller team here. 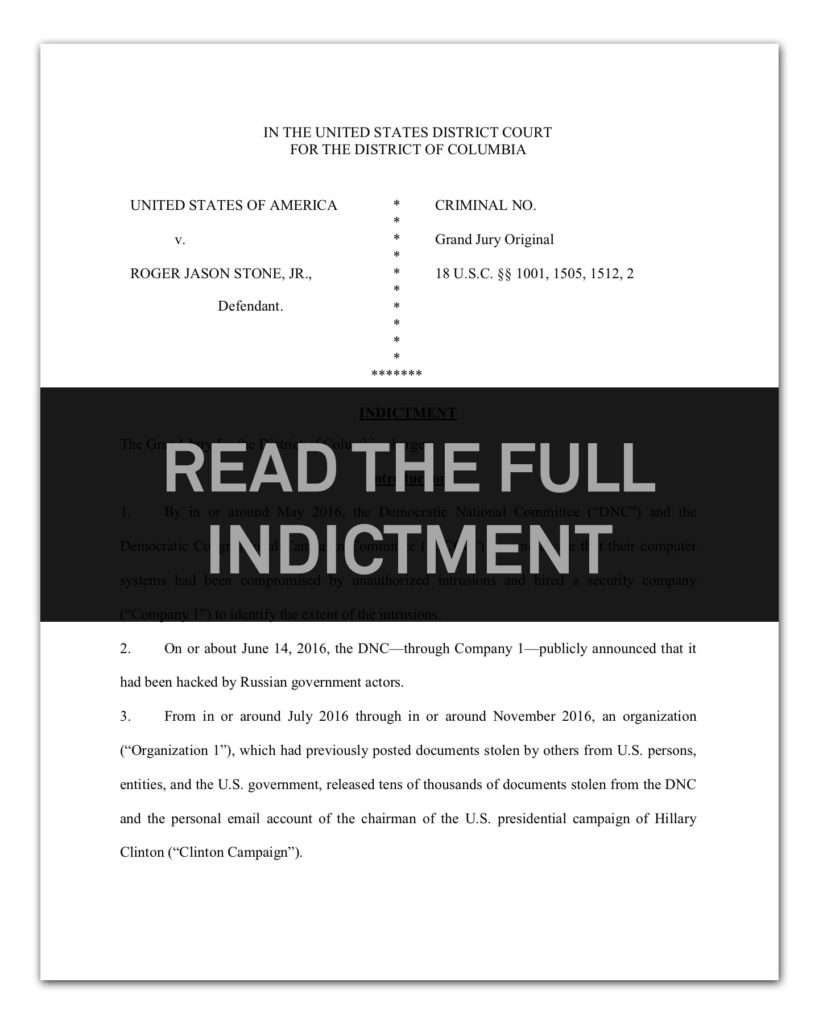