House Democrats have released the transcript for testimony given by Christopher Anderson, who advised former special envoy for Ukraine Kurt Volker. Volker emerged as a central figure in efforts to push Ukraine to investigate President Donald Trump’s political rival and 2020 presidential contender, Joe Biden. Anderson testified before House investigators as part of the House’s impeachment inquiry during a closed-door meeting on Oct. 30.

The transcript of Anderson’s deposition is one of several to be released publicly by lawmakers over the past week. The first public hearings for the inquiry are set to begin this week. Read Christopher Anderson’s testimony here. 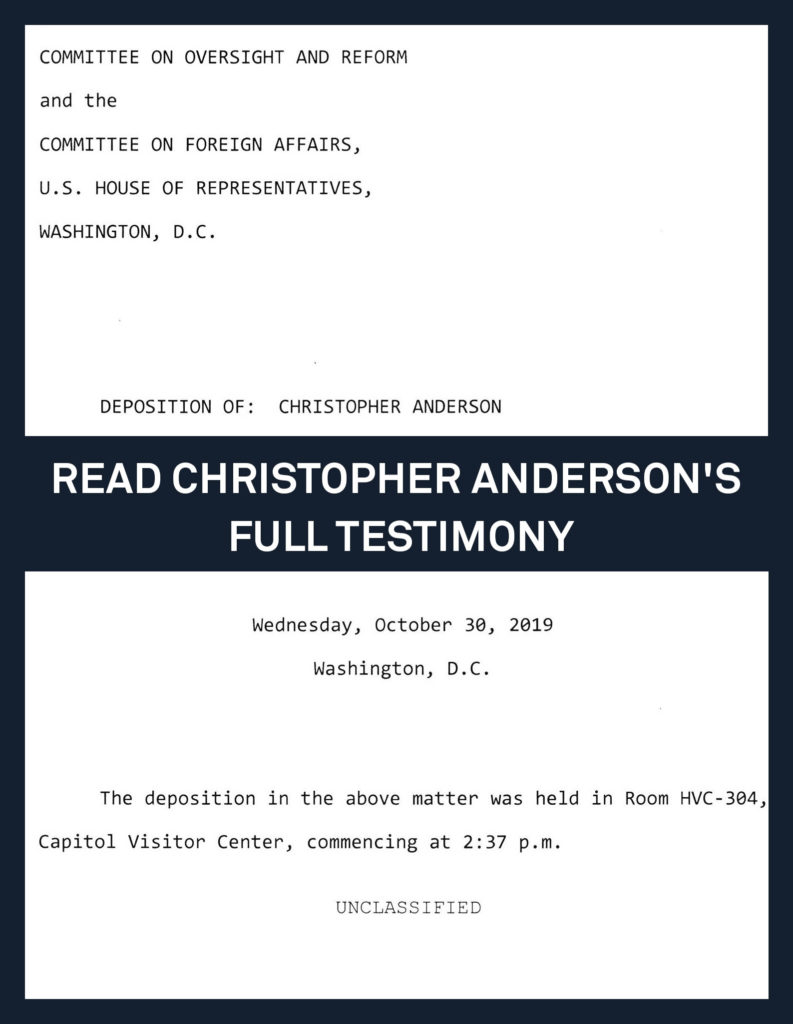 Left: Christopher Anderson, who once served as a deputy to then Special Envoy for Ukraine Kurt Volker, arrives to testify as part of the U.S. House of Representatives impeachment inquiry into U.S. President Trump led by the House Intelligence, House Foreign Affairs and House Oversight and Reform Committees on Capitol Hill in Washington, U.S., October 30, 2019. REUTERS/Siphiwe Sibeko