Morrison recalls conversations with Trump’s European Union ambassador, Gordon Sondland. Morrison said he was “uncomfortable” with what Sondland was telling him, that Trump wanted Ukrainian President Volodymyr Zelensky to announce investigations that would help him politically.

Sondland told Morrison after one of his conversations with Trump that there was “was no quid pro quo, but President Zelensky must announce the opening of the investigations and he should want to do it.”

Morrison reported at least two of his conversations to National Security Council lawyers. 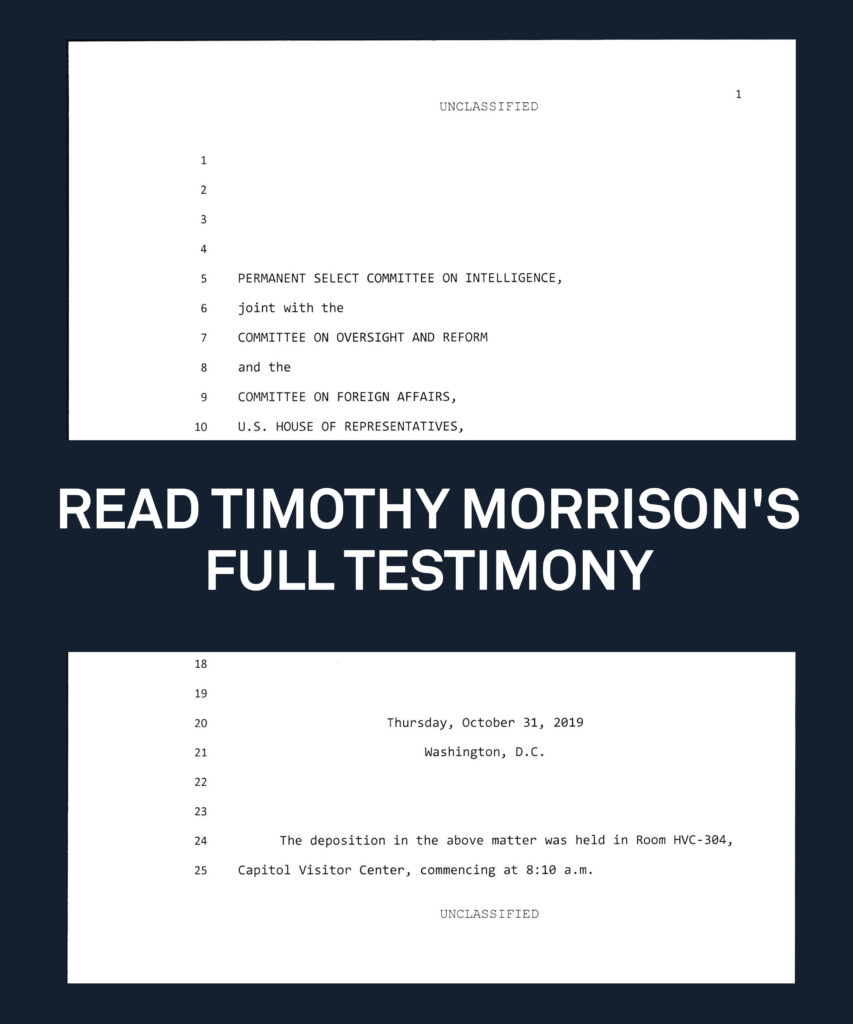 Left: Timothy Morrison, special assistant to the President and senior director for Europe and Russia at the National Security Council, arrives on Capitol Hill to testify in private before members of congress, in Washington, U.S., October 31, 2019 Photo by Tom Brenner/Reuters

Some key witnesses expected to testify publicly this week