BOSTON — U.S. Rep. Joe Kennedy III formally declared his candidacy for the U.S. Senate on Saturday, becoming the first member of the Kennedy political dynasty to run for the upper chamber of Congress from Massachusetts since Edward M. Kennedy in 1962.

The Democrat spoke to supporters gathered in a community center during a kickoff event in East Boston, where the Kennedy clan first settled after arriving from Ireland well over a century ago.

“Donald Trump has forced a long overdue reckoning in America, and how we respond will say everything about who we are,” Kennedy said. “We have to take on the broken system that gave rise to him in the first place — the outdated structures and old rules, the everyday oppressions and injustices that hold our people back.”

Joe Kennedy is a grandson of Robert F. Kennedy, who was attorney general in his own brother John F. Kennedy’s White House and was a senator running for the Democratic presidential nomination when he was assassinated in 1968. JFK was felled by an assassin’s bullet five years earlier, in 1963. 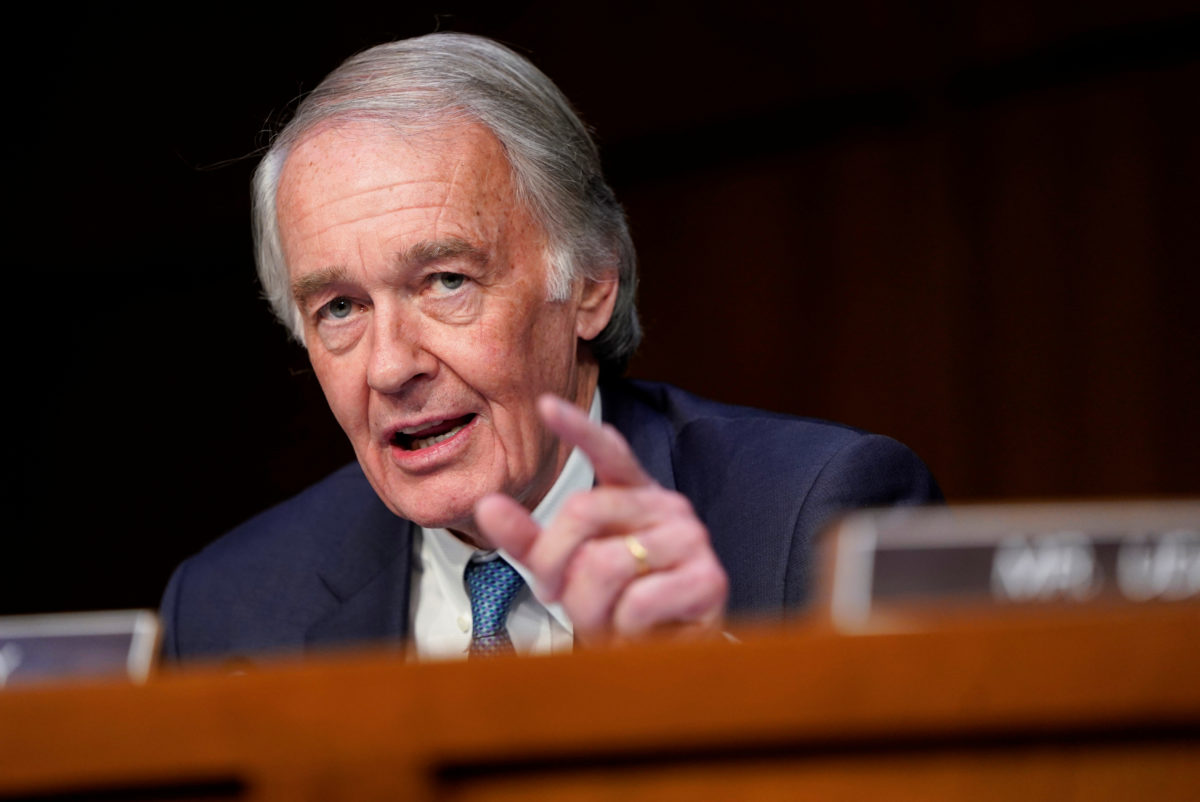 Asked how he differs from Markey, Kennedy ticked off a series of issues he supports including getting political action committee money out of politics, creating term limits for Supreme Court justices and abolishing the Electoral College. But he declined to criticize Markey directly.

“Senator Markey is a good man,” he said. “This is going to be a tough race.”

On Saturday, the senator challenged those running against him, including Kennedy, to a climate change debate in November. Markey sees the fight against climate change and his push for the Green New Deal as signature issues in his re-election campaign.

“I was very disappointed at the Democratic National Committee’s refusal to hold a debate on climate change for our presidential candidates,” Markey said in a video released Saturday morning. “So today I’m challenging Congressman Joe Kennedy, Shannon Liss-Riordan and Steve Pemberton to a climate change debate, and to do it very soon.”

Some Democratic activists have said they’re worried that a Senate primary between two high-profile Democrats could drain money and resources away from the party’s top priority: defeating President Donald Trump.

Kennedy brushed aside those concerns.

“Engaging more people in that process, bringing more voices to the table, fighting back against that — how is that a bad thing?” Kennedy said. “People that are trying to say that this is going to divert resources — I just don’t think that’s the case.”

First elected to Congress in 2012, Kennedy has tried to position himself as more of a pragmatist than those on the left of his party.

Nevertheless, Kennedy has adopted many of the causes driving the party’s liberal wing. He has called for Congress to initiate impeachment efforts against Trump and has backed a “Medicare for All” bill in the House. He has also said he supports the Green New Deal initiative to combat climate change, something Markey is championing along with Democratic Rep. Alexandria Ocasio-Cortez of New York — who has endorsed Markey.

Given his political pedigree , Kennedy has been seen as a rising star in the party. In 2018, he was tapped to deliver the Democratic response to Trump’s State of the Union address.

A Kennedy-Markey contest will put more than a few high-profile Democrats in an awkward position, most notably Sen. Elizabeth Warren, the White House hopeful from Massachusetts.

Warren has worked with Markey in the Senate and taught Kennedy at Harvard Law School. She formally endorsed Markey before Kennedy floated the idea of a challenge to Markey.

One of those groups — Environment Massachusetts — has vowed to raise $5 million to help Markey win re-election.

“We are lucky to have one of the nation’s strongest climate champions, Ed Markey, representing Massachusetts in the U.S. Senate,” Ben Hellerstein, state director for Environment Massachusetts, said in a prepared statement, explaining that voters need to understand Markey’s record on renewable energy, clean water, clean air and the protection of public lands.