Republicans on Thursday introduced bills that would take steps to hold Russia in compliance with a nuclear arms treaty formed with the U.S. in 1987.

The bills came two days after The New York Times disclosed that Russia had violated the treaty by deploying a ground-based missile with nuclear capabilities.

U.S. intelligence officials knew of the missile, which was classified and not made public until the Times reported the story on Tuesday. The weapon was identified as a ground-based cruise missile, a type banned under the Intermediate Range Nuclear (INF) Forces Treaty of 1987.

In response to this week’s findings, Republicans on Thursday introduced legislative actions in the House and Senate to push back against the violations. Language in the Senate bill points to Russia’s non-compliant actions on the INF Treaty dating back to 2008. If enacted in its current form, the bill would allow Congress to declare Russia in “material breach” of the treaty and lay the legislative grounds for the United States to eventually develop its own ground-launched intermediate cruise missiles capability.

The INF treaty required the U.S. and the Soviet Union to eliminate ground-launched ballistic and cruise missiles with ranges between 500 and 5,000 kilometers, according to the Arms Control Association. Former President Barack Obama’s administration also accused Russia of testing a similar-style weapon in 2014. An intelligence report cited by the Times indicated the missile identified may have been an SSC-8.

“The treaty marked the first time the superpowers had agreed to reduce their nuclear arsenals, eliminate an entire category of nuclear weapons, and utilize extensive on-site inspections for verification,” according to the Arms Control Association. It also led to both countries destroying more than 2,000 other nuclear weapons over a four-year period.

Both the House and Senate bills, called the Intermediate-Range Forces Treaty (INF) Preservation Act, were introduced on Thursday with the purpose of bringing Russia into compliance with the 1987 treaty. The bills also raise the possibility of increasing the number of nuclear arms in Europe following significant reductions in the U.S. arsenal that began decades ago.

The Senate bill was referred to the Committee on Foreign Relations for review, though it remained unclear whether the legislative actions would receive broad support in the Republican-controlled Congress.

“If Russia is going to test and deploy intermediate range cruise missiles, then logic dictates that we respond,” Sen. Tom Cotton (R-Arkansas) who co-sponsored the bill with Sens. Marco Rubio (R-Florida) and Ron Johnson (R-Wisconsin), said in a statement. “Pleading with the Russian regime to uphold its treaty obligations won’t bring it into compliance, but strengthening our nuclear forces in Europe very well might. We’re offering this legislation so we can finally put clear, firm boundaries on Russia’s unchecked aggression.” 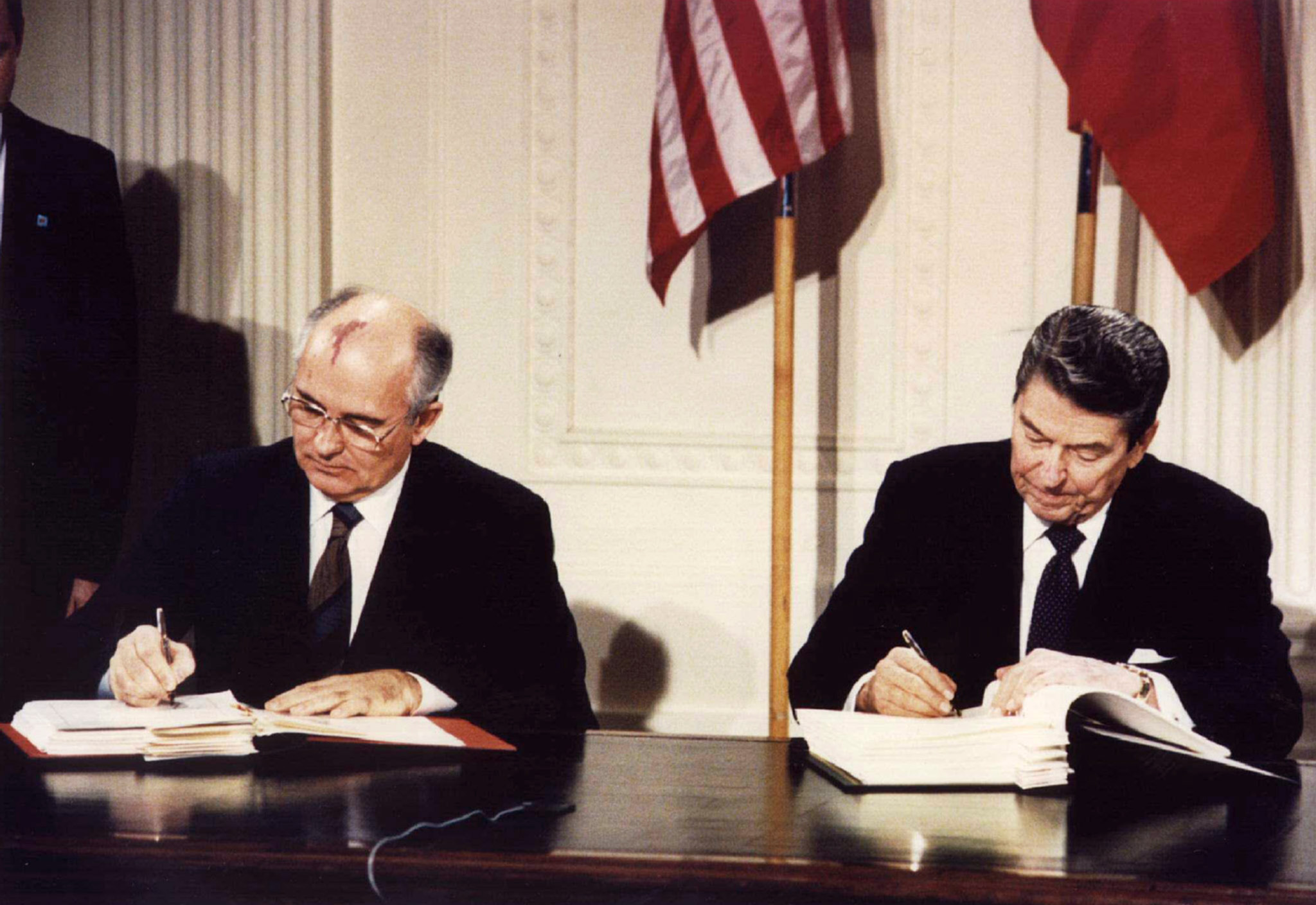 The report of the missile deployment comes after several tumultuous years of relations between the two countries and as President Donald Trump has sent mixed signals over his administration’s intentions toward Russia, which has made several incendiary moves in recent years including the annexation of the Crimean peninsula in Ukraine.

Russian and U.S. officials met in Geneva in November to discuss accusations about Russian compliance with the INF treaty.

Few additional details are known about the missile loosely identified this week as a SSC-8, according to interviews conducted by the PBS NewsHour with nuclear arms experts, political scientists and think tanks.

But Michael Kofman, a research scientist and former fellow at the Woodrow Wilson International Center, said a ground-based cruise missile would be launched out of a truck-like transporter erector launcher. The missile identified this week was thought to be located among two battalions in Russia.

“A standard missile brigade fields 12 launchers and about 51 vehicles total,” Kofman said in an email. “The range of this missile by definition would have to be over 500 kilometers to be in violation of the INF, but given known cruise missile designs it is likely not more than a few thousand kilometers in range.”

Thomas Karako, a senior fellow with the International Security Program and the director of the Missile Defense Project at the Center for Strategic and International Studies, said the bills introduced on Thursday may have been a way for Republicans to convey that “they want to get Russia back in compliance so here are the kind of things that we propose doing.”

Harvard University professor Matthew Bunn, a former adviser to the White House Office of Science and Technology Policy and a nuclear expert, said the Pentagon has a range of options for responding.

“I continue to believe that the U.S. will be working with NATO allies,” he said. “So that we can sustain the treaty.”

Left: Russian servicemen equip an Iskander tactical missile system at the Army-2015 international military-technical forum in Kubinka, outside Moscow, Russia, June 17, 2015. Russia on Tuesday was accused of violating a nuclear arms treaty with the U.S. for deploying a ground-based missile system similar to the Iskander. Photo By Sergei Karpukhin/Reuters