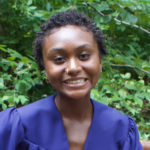 Same-sex marriage bill clears key hurdle in Senate. Here’s what it does — and doesn’t — do

All 50 Democratic senators and 12 Republicans voted Wednesday to advance the Respect for Marriage Act, which would protect the rights of same-sex and interracial couples under federal law.

The 62-37 vote to end debate and advance the bill cleared the 60-vote threshold necessary to avoid a filibuster in a divided Senate. Senate Democrats are looking to move the legislation quickly while the party still has control of the House.

In a joint statement released Monday, a bipartisan group of senators who had been working to push the bill forward said they were “confident” that it had “the broad, bipartisan support necessary” to pass into law. That group includes Republican Sens. Susan Collins of Maine, Rob Portman of Ohio and Thom Thillis of North Carolina as well as Democratic Sens. Tammy Baldwin of Wisconsin and Kyrsten Sinema of Arizona.

The bill still awaits final passage by the Senate, and will then need to return to the House for clearance of the amended version before President Joe Biden can sign it into law.

In July, 47 Republican members of the House joined all of their Democratic colleagues to pass the Respect for Marriage Act through that chamber with a final vote of 267-157.

What does the Respect for Marriage Act do?

The Respect for Marriage Act does not codify same-sex marriage protections. It would recognize marriage between two individuals regardless of their “sex, race, ethnicity, or national origin.”

While the legislation does not require any state to permit same-sex couples to marry, it does require that all states recognize as legal any marriage that was legal in the state where it took place, under the U.S. Constitution’s full faith and credit clause.

The act, too, would repeal the Defense of Marriage Act of 1996, which defined “marriage” as between a man and a woman and “spouse” as “only a person of the opposite sex who is a husband or wife.”

It would also allow the attorney general or any person who is harmed by a violation of the bill to take up civil action.

GLAAD, a media-watchdog organization advocating for LGBTQ communities, said the Respect for Marriage Act is about “treating all families with dignity and respect.”

“All legally married couples, including same-sex couples and interracial couples, should have the protections that marriage allows,” GLAAD spokesperson Angela Dallara said in an email to the PBS NewsHour.

San Diego Mayor Todd Gloria, the first openly gay and first person of color to hold the office, believes the Respect for Marriage Act is “a tangible sign that progress is being made.”

“What I know not just as a gay man or as an American but as a policymaker and elected official is that progress is often incremental. While there may be setbacks, it is certainly possible to achieve more and we should savor this victory,” Gloria said.

What doesn’t it do? What are its limits?

In an effort to gain enough Republican votes to pass the bill through the Senate, a group that consisted of Collins, Portman, Thillis, Baldwin and Sinema on Monday announced an amendment designed to assuage concerns about religious freedom. That amendment specifies, in part, that the bill will not require nonprofit religious organizations to provide “any services, facilities, or goods for the solemnization or celebration of a marriage.”

It further states that the act will not deny or alter any tax-exemption eligibility, such as that held by churches and universities that may decline to recognize same-sex marriages; and that it will not require the federal government to recognize polygamous marriages.

GLAAD’s Dallara said in an email that the organization hopes that once that bill passes, members of Congress will move quickly to push the Equality Act, a separate piece of legislation that would prohibit discrimination based on sex, sexual orientation, or gender identity in nearly every area of life, specifically protecting transgender Americans.

“The Respect for Marriage Act is critical, but there will still be more to do to ensure full acceptance and equality for LGBTQ people in this country,” Dallara said.

The Respect for Marriage Act began as a legislative response to the Supreme Court’s June decision in Dobbs v. Jackson Women’s Health Organization, which overturned Roe v. Wade. In a separate opinion alongside the right-wing-majority court’s decision, Justice Clarence Thomas suggested other rights could be repealed based on the same legal reasoning.

Justice Thomas named several landmark decisions that he believed should be reconsidered: Griswold v. Connecticut, a 1965 ruling protecting the right of married couples to buy and use contraceptives; Lawrence v. Texas, a 2003 ruling invalidating sodomy law and legalizing same-sex sexual activity across the nation; and Obergefell v. Hodges, the 2015 ruling that required all states to permit and recognize same-sex marriages.

A Gallup poll this summer showed a record-high 71 percent of Americans support the legal right to same-sex marriage. That sea change since the 1990s is reflected by the bill’s strong bipartisan support in both the House and the Senate.

The Respect for Marriage Act is expected to achieve final passage after Thanksgiving.

Left: Activists carry a rainbow flag on the West Lawn of the U.S. Capitol Building during a 2009 protest in Washington, D.C. Photo by Brendan Smialowski/Getty Images

Ryan Thomas is a news assistant at the PBS NewsHour.