Michael Cohen on Wednesday plans to present at least one check showing that President Donald Trump personally reimbursed him for hush money payments made to adult film star Stephanie Clifford, known as Stormy Daniels, during the 2016 campaign in order to keep her from talking about an alleged affair she had with Trump.

In an opening statement obtained by the PBS NewsHour, Michael Cohen is expected to describe a check for $35,000 as “a copy of a check Trump wrote from his personal bank account – after he became president – to reimburse me for the hush money payments I made to cover up his affair with an adult film star and prevent damage to his campaign.” 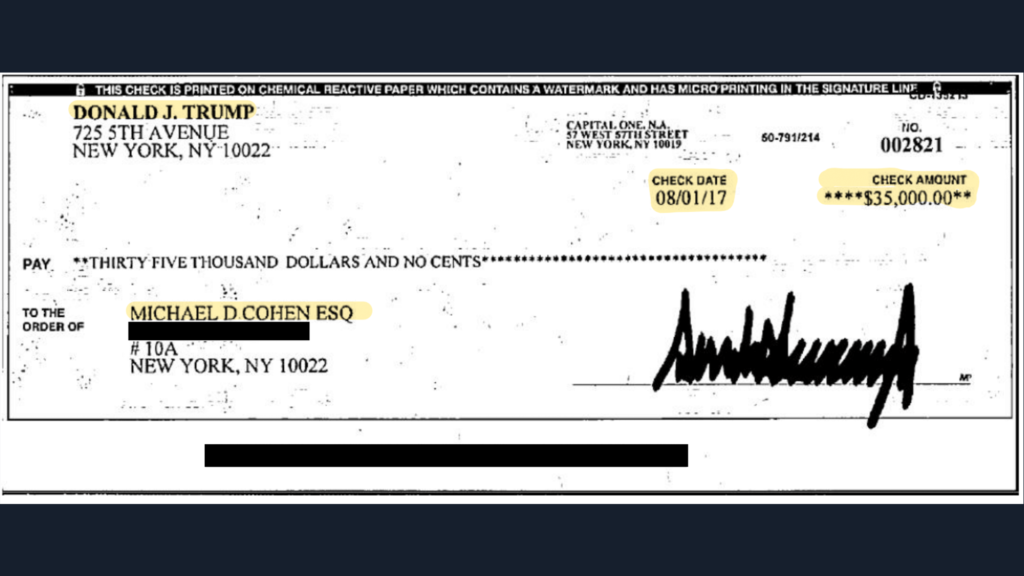