See the new evidence from the Trump impeachment investigation

House Democrats have disclosed new evidence ahead of President Donald Trump’s impeachment trial, which is expected to begin this week.

The documents include handwritten notes by Lev Parnas, a business associate of Trump’s lawyer Rudy Giuliani, that read “get Zalensky to Annonce that the Biden case will Be Investigated.”

They also include text messages between Parnas and others, including Giuliani, about efforts to oust then U.S. Ambassador to Ukraine Marie Yovanovitch.

The impeachment debate has centered around a July 2019 phone call in which Trump asked the president of Ukraine to investigate Joe Biden’s son, Hunter.

During House impeachment hearings, U.S. officials testified about a coordinated effort by Giuliani to remove Yonvaovitch from her post. Democrats allege Trump wanted Yovanovitch removed because she was likely to oppose any investigation by Ukraine into the Bidens.

The House of Representatives is set to vote Wednesday to send two articles of impeachment–abuse of power and obstruction of Congress–against Trump to the Senate. On Thursday, Senators are expected to be sworn in for the trial, over which Supreme Court Chief Justice John Roberts will preside. 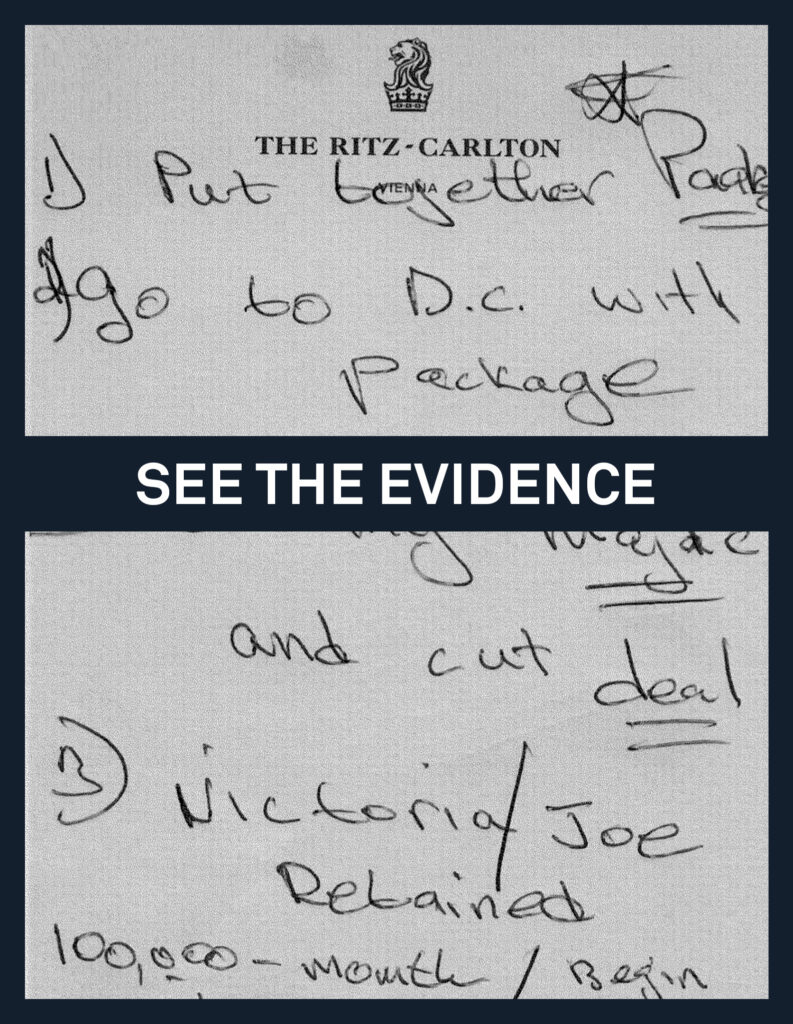