‘She was this kind of person they don’t make any more.’ Friends, former staff remember Barbara Bush

Friends, family and staff continued to reminisce Wednesday about former first lady Barbara Bush, the matriarch of one of America’s political dynasties who died Tuesday in Houston at age 92 . Here are recollections from several people who knew or worked with Bush, the wife of the 41st U.S. president, George H.W. Bush, and mother of the 43rd president, George W. Bush.

Rev. Bonnie Steinroeder, who from 2001 to 2006 was the pastor at the First Congregational Church in Kennebunkport, Maine, where the Bush family regularly attended services during the summer. 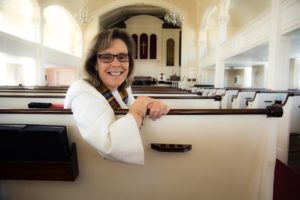 “I have a tattoo on my ankle and one on my shoulder. [Barbara Bush] can’t stand the tattoos. At a party at Walker’s Point one summer, I had on a tank top. I felt somebody like yanking on the back of my shirt. I turned around and it was Barbara. She goes, ‘Will you cover that thing up?’ Years later, one of my current parishioners ran into the Bushes at a restaurant up in Maine. He went up to her and said, ‘Oh Mrs. Bush, Bonnie Steinroeder is our minister now.’ Mrs. Bush looked up at him and says, ‘I love Bonnie. I hate her tattoos.’ She harbored her hate of my tattoos all those years.”

Kristan King Nevins, a former chief of staff for Barbara Bush from 2006 to 2008. Nevins first met Bush as an intern at the George Bush Presidential Library in College Station, Texas.

“She had a way of understanding and connecting with people when they were going through a difficult time. One story that comes to mind in particular is about Mrs. Bush’s aide before me. It was the one-year anniversary of the loss of her fiancé’s mother. Mrs. Bush knew that it was that anniversary. She called and said, ‘I would like to see your fiancé today.’ The aide said, ‘You know, this isn’t a good day.’ Mrs. Bush said, ‘Oh, I know exactly what day this is, and I want to be his mother today.’”

“She simply had him come to Walker’s Point, and literally they spent the day doing chores and running errands. To this day, her husband still talks about what that meant to him on the anniversary of the loss of his mother, that Barbara Bush would take such a personal interest in knowing that he had a hole in his life, particularly on that day, and that she could play a small role in giving him comfort in difficult circumstances.”

Cragg Hines, a former reporter for the Houston Chronicle who covered George and Barbara Bush from Texas to the White House. 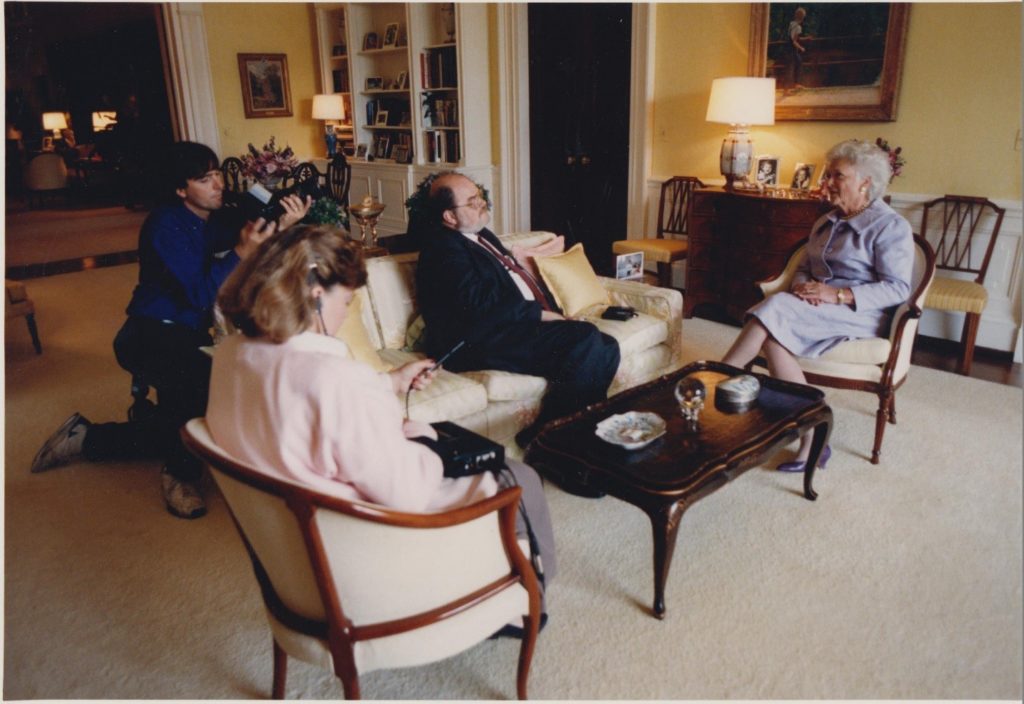 “The first time I covered her husband was the 1964 state Republican convention, and then all the national campaigns, the vice presidency, the presidency, and occasionally afterwards. I was happy to see the world with 41 and Barbara. I came to appreciate what a shrewd operator she was. She always loved the national grandmother image, but as George H.W. Bush one time told me very early, ‘She’s got the longest political memory of anyone in the family.’

[Barbara] was a worldly person and understood what she had gotten into, unlike many first ladies, who arrive at that role sort of with their mouth gaping open. With great aplomb, she pulled it off and was a gracious host. When the Bushes were traveling in London [in 1989] and arrived at Number 10 Downing Street for President Bush to see Margaret Thatcher, Denis Thatcher took [Barbara’s] hand and kissed it. The cameraman said, ‘Oh, we need a retake.’ Without missing a beat, she grabbed Denis’ hand and kissed it.”

Eliza Gray, a Bush family friend whose father, C. Boyden Gray, served as White House counsel under George H.W. Bush, and as the U.S. ambassador to the European Union under George W. Bush. 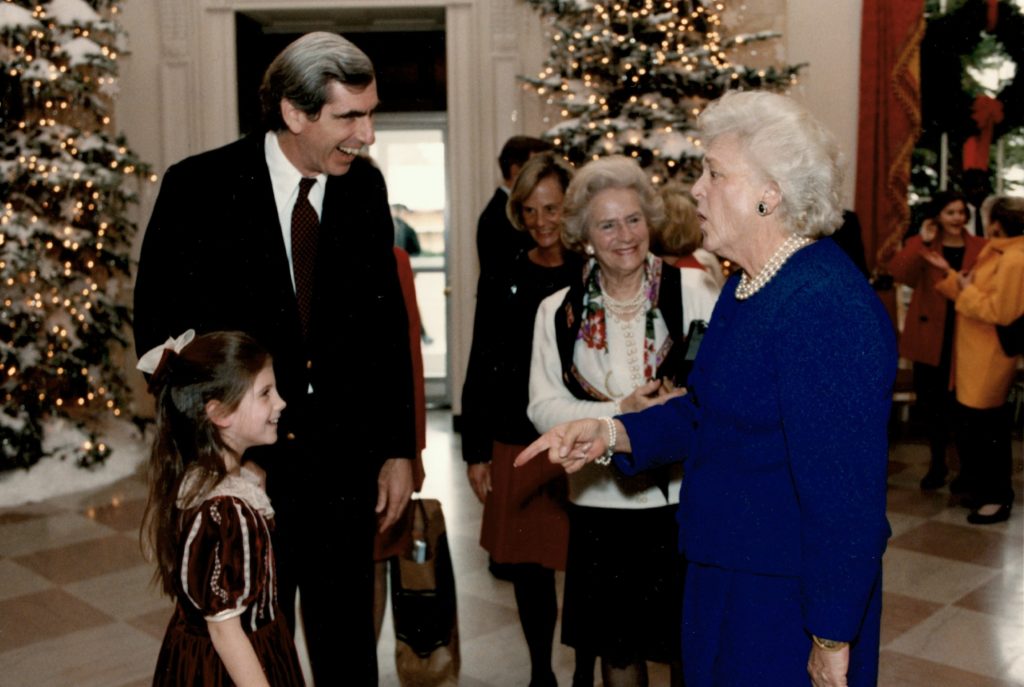 “We went to visit them every summer in Maine from when I was a little girl until a year or two ago. She was this kind of person they don’t make any more. She was this wife and mother and matriarch who I think was known to the public for being grandmotherly. But people that knew her knew that she could also be quite firm and direct. She didn’t suffer fools, but in a good way. I remember as a little girl this combination of loving firmness, this feeling of unconditional love, but also a desire for the people around her to be the best versions of themselves that they could be. That meant, for a little girl, being behaved and being poised.

“It’s important for young girls to feel supported and to have their voices heard. Barbara Bush was that person. She was that person for a lot of young people.”

I remember one time in her house in Maine I was tearing through the house. I was running and I knocked over the table of puzzle pieces. I totally dislodged the puzzle. It was one of those puzzles you spend all summer working on. I remember her giving me this firm but disapproving look, but also a kind of smile. I think I was a little scared of her, but at the same time she had this way of making you feel you had to shape up but that she also loved you.

When I would go to Maine, they would often have quite distinguished people visiting. When I would be sitting at the table with her, it could have been an intimidating setting, but she listened to my opinions and incorporated her grandkids into the conversation. She really took me seriously when I was child. Her desire to hear my voice and take me seriously gave me a lot of confidence. It’s important for young girls to feel supported and to have their voices heard. Barbara Bush was that person. She was that person for a lot of young people.”

Mary Kate Cary, a former speechwriter for George H.W. Bush, and the executive producer of the documentary 41On41. 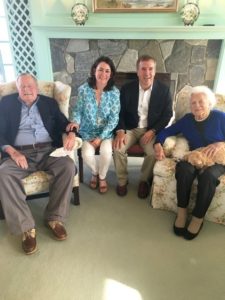 “[The last time I saw Barbara Bush, in October 2017] it was the most gorgeous day, there was not a cloud in the sky, and we were all sitting out on the Bushes’ patio, just talking. Soon enough President Bush brought up a story of a former classmate who liked Barbara. He said, “You know Mary Kate, he had a big interest in the Silver Fox.” Mrs. Bush starts perking up, and Mr. Bush teased [her], adding that the classmate took the Silver Fox on a date once. Mrs. Bush told us she didn’t even kiss him. ‘Believe me, he was no George Bush,’ she said. “‘I married the first boy I ever kissed.’”