Small cracks have appeared in GOP unity on impeachment trial

WASHINGTON — The Senate seems certain to keep President Donald Trump in office thanks to the overwhelming GOP support expected in his impeachment trial. But how that trial will proceed — and when it will begin — remains to be seen.

Democrats are pushing for the Senate to issue subpoenas for witnesses and documents, pointing to reports that they say have raised new questions about Trump’s decision to withhold military aid from Ukraine.

Once the House transmits the articles of impeachment, decisions about how to conduct the trial will require 51 votes. With Republicans controlling the Senate 53-47, Democrats cannot force subpoenas on their own.

For now, Republicans are holding the line behind Senate Majority Leader Mitch McConnell’s position that they should start the trial and hear arguments from House prosecutors and Trump’s defense team before deciding what to do.

But small cracks in GOP unity have appeared, with two Republican senators criticizing McConnell’s pledge of “total coordination” with the White House during the impeachment trial.

Alaska Sen. Lisa Murkowski said she was “disturbed” by the GOP leader’s comments, adding that there should be distance between the White House and the Senate on how the trial is conducted. Maine Sen. Susan Collins, meanwhile, called the pledge by McConnell, R-Ky., inappropriate and said she is open to seeking testimony.

Democrats could find their own unity tested if and when the Senate reaches a final vote on the two House-approved impeachment charges — abuse of power and obstruction of Congress.

It would take 67 votes to convict Trump on either charge and remove him from office, a high bar unlikely to be reached. It’s also far from certain that all 47 Democrats will find Trump guilty.

Democratic Sen. Doug Jones of Alabama said he’s undecided on how he might vote and suggested he sees merits in the arguments both for and against conviction.

A look at senators to watch once the impeachment trial begins:

In her fourth term representing Alaska, Murkowski is considered a key Senate moderate. She has voted against GOP leadership on multiple occasions and opposed Brett Kavanaugh’s nomination to the Supreme Court in 2018.

Murkowski told an Alaska TV station last month there should be distance between the White House and the GOP-controlled Senate in how the trial is conducted.

“To me it means that we have to take that step back from being hand in glove with the defense, and so I heard what leader McConnell had said, I happened to think that that has further confused the process,” she said. 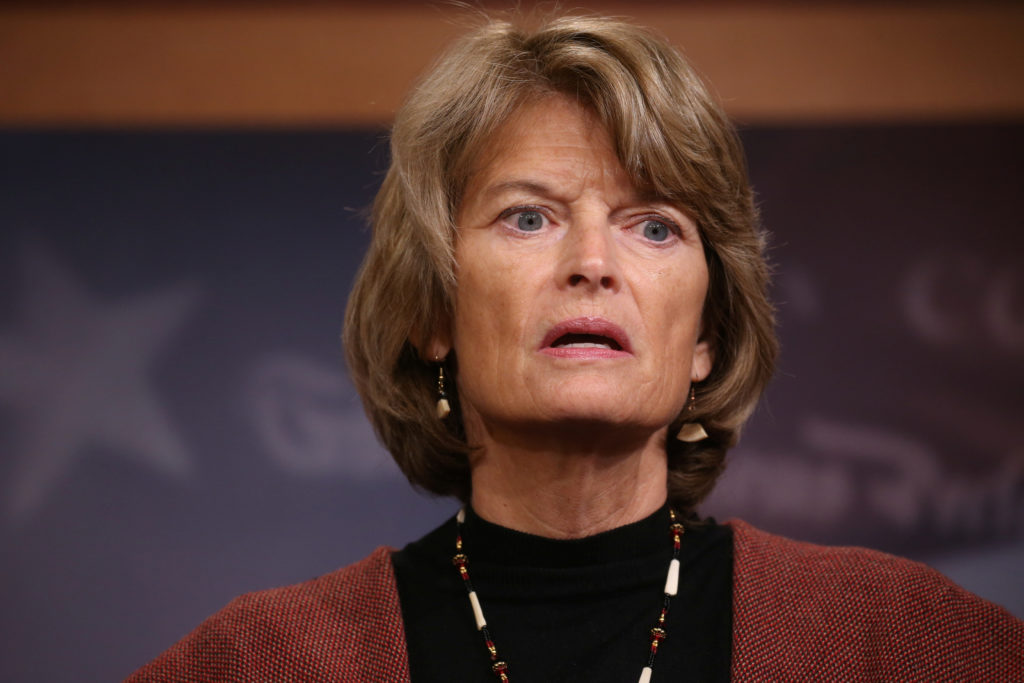 Murkowski says the Senate is being asked to cure deficiencies in the House impeachment effort, particularly when it comes to whether key witnesses should be brought forward to testify, including White House acting chief of staff Mick Mulvaney and former national security adviser John Bolton.

“How we will deal with witnesses remains to be seen,” she said, adding that House leaders should have gone to court if witnesses refused to appear before Congress.

The four-term senator said she is open to calling witnesses as part of the impeachment trial but calls it “premature” to decide who should be called until evidence is presented.

“It is inappropriate, in my judgment, for senators on either side of the aisle to prejudge the evidence before they have heard what is presented to us,” Collins told Maine Public Radio.

Collins, who is running for reelection and is considered one of the nation’s most vulnerable GOP senators, also faulted Democrats for saying Trump should be found guilty and removed from office. “There are senators on both sides of the aisle, who, to me, are not giving the appearance of and the reality of judging that’s in an impartial way,” she said.

Jones, a freshman seeking reelection in staunchly pro-Trump Alabama, is considered the Democrat most likely to side with Republicans in a Senate trial. In a Washington Post op-ed column, Jones said that for Americans to have confidence in the impeachment process, “the Senate must conduct a full, fair and complete trial with all relevant evidence regarding the president’s conduct.”

He said he fears that senators “are headed toward a trial that is not intended to find the whole truth. For the sake of the country, this must change.” 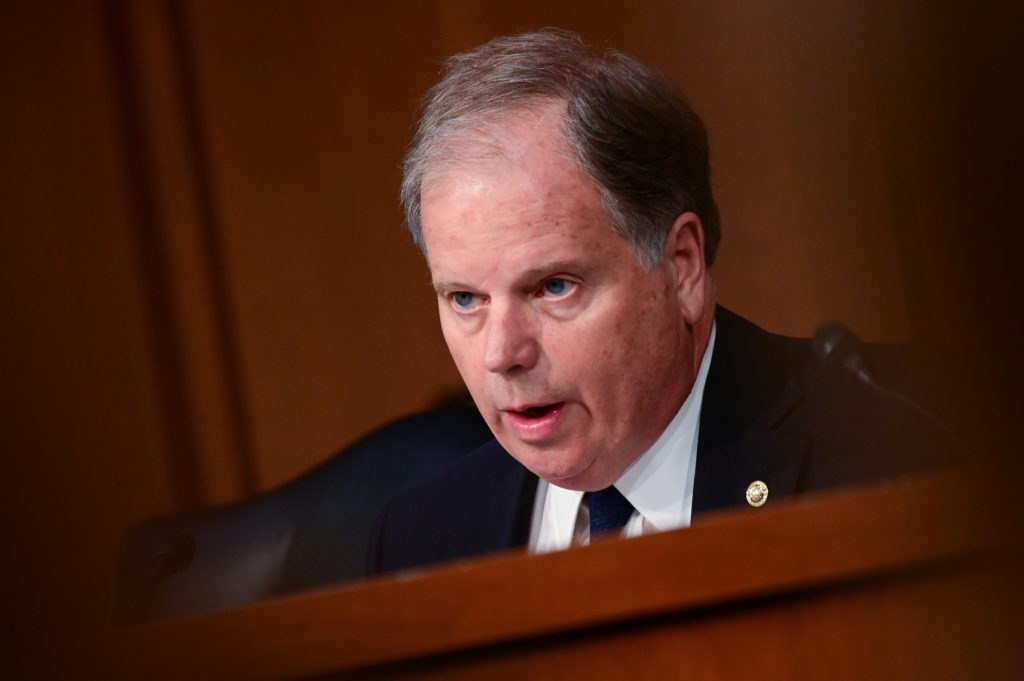 Unlike what happened during the investigation of President Bill Clinton, “Trump has blocked both the production of virtually all relevant documents and the testimony of witnesses who have firsthand knowledge of the facts,” Jones said. “The evidence we do have may be sufficient to make a judgment, but it is clearly incomplete,” he added.

Jones and other Democrats are seeking testimony from Mulvaney and other key White House officials to help fill in the gaps.

Romney, a freshman senator and on-again, off-again Trump critic, has criticized Trump for his comments urging Ukraine and China to investigate Democrat Joe Biden, but has not spoken directly about he thinks impeachment should proceed.

Romney is overwhelmingly popular in a conservative state where Trump is not beloved, a status that gives Romney leverage to buck the president or at least speak out about rules and procedures of a Senate trial.

Gardner, like Collins is a vulnerable senator up for reelection in a state where Trump is not popular. Gardner has criticized the House impeachment effort as overly partisan and fretted that it will sharply divide the country. 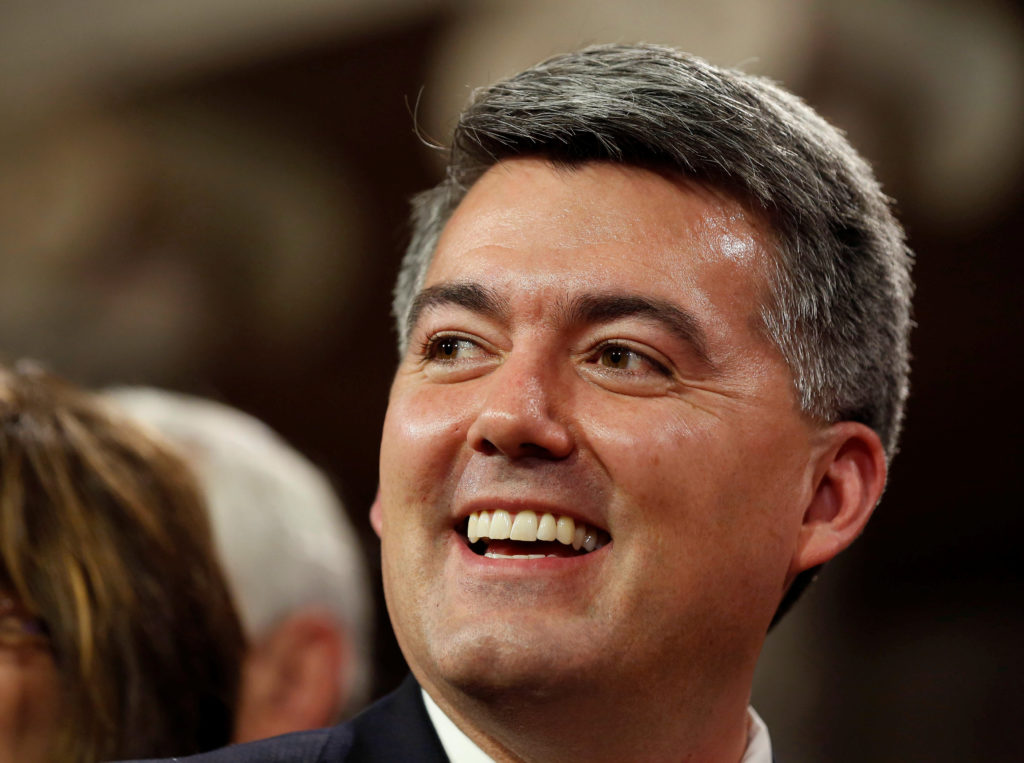 While Trump is under water in Colorado, a GOP strategist says Gardner and other Republicans could benefit from an energized GOP base if the Senate, as expected, acquits Trump of the two articles of impeachment approved by the House. An acquittal “may have a substantial impact on other races in Colorado, up to and including Sen. Cory Gardner’s re-election,” Ryan Lynch told Colorado Public Radio.

McSally, who was appointed to her seat after losing a Senate bid in 2018, is another vulnerable Republican seeking election this fall. She calls impeachment a serious matter and said she hopes her constituents would want her to examine the facts without partisanship. The American people “want us to take a serious look at this and not have it be just partisan bickering going on,” she told The Arizona Republic.

A three-term senator and former governor, Alexander is retiring next year. A moderate who’s respected by both parties as an old-school defender of Senate prerogatives, Alexander has called Trump’s conduct “inappropriate,” but says he views impeachment as a “mistake.”

An election, which “is just around the corner, is the right way to decide who should be president,” Alexander said last fall. “Impeachment has never removed a president. It will only divide the country further.”