A majority of Pennsylvania’s suburban voters — 54 percent — supported former Vice President Joe Biden, according to preliminary results from the Associated Press’ VoteCast survey data. Combined with 66 percent of the state’s urban voters, that edge helped the Democratic candidate — who has long touted his connections to Scranton — secure Pennsylvania and enough electoral college votes to win the 2020 presidential election. 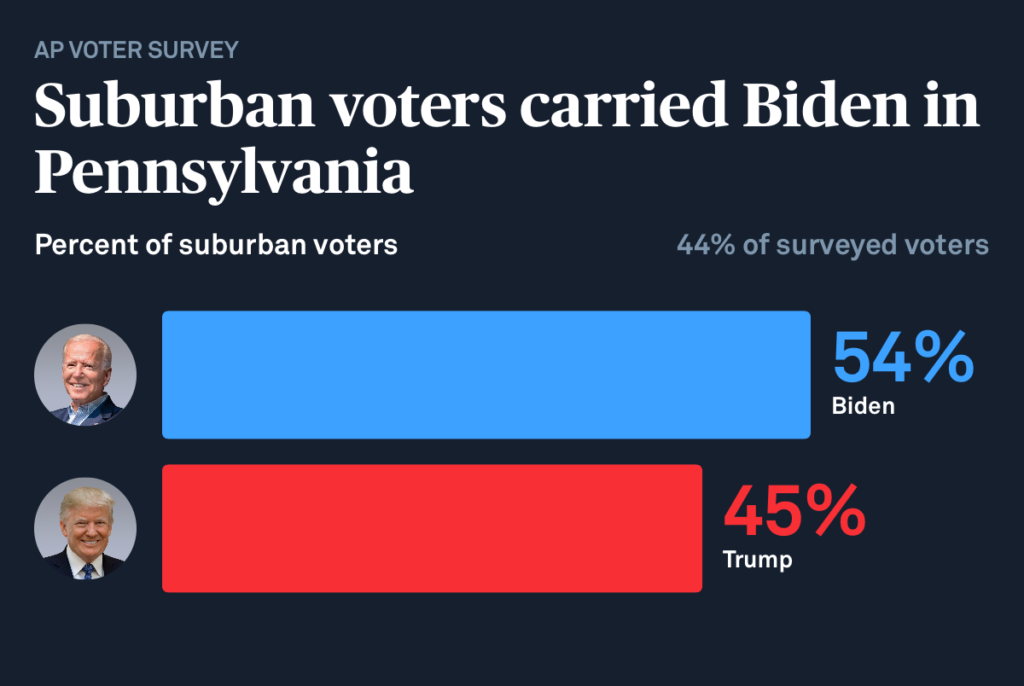 Biden also won 56 percent of suburban women in Pennsylvania and significantly more of the state’s urban women — 76 percent. Meanwhile, Trump saw a repeat of his 2016 appeal among rural and small-town Pennsylvania voters, earning 61 percent of their votes. One of Trump’s biggest sources of support came from 65 percent of male voters in those communities. 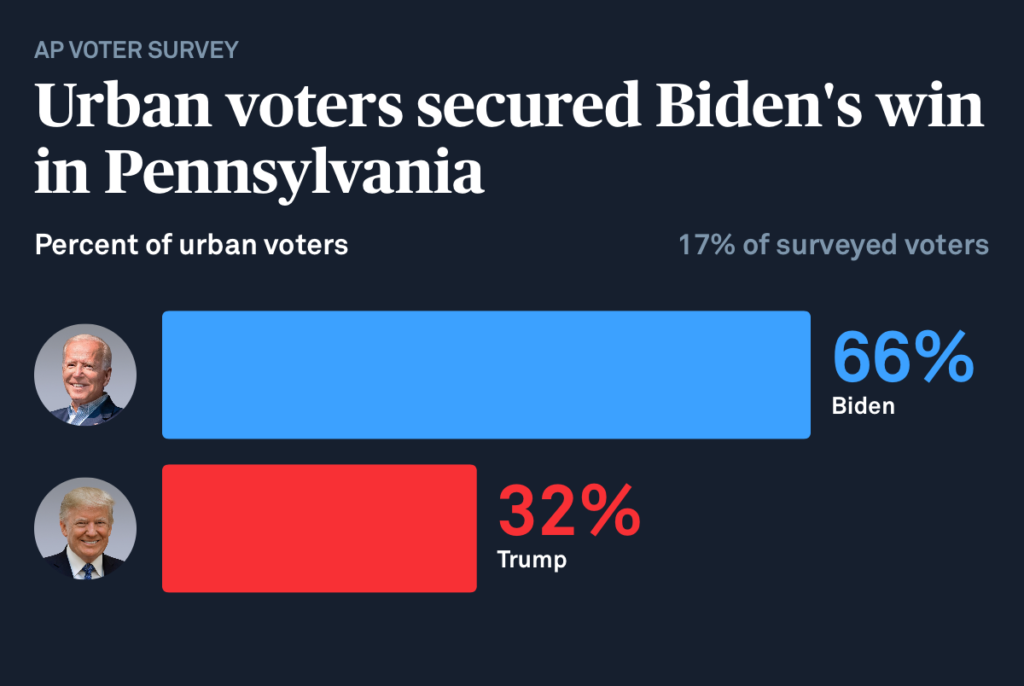 But he seems to have lost ground in the suburbs. In exit polls from the last election, 49 percent of suburban voters across the United States supported Trump, significantly more than the 46 percent who voted for Clinton. This year he captured 44 percent nationally, according to VoteCast data. In Pennsylvania in 2016, Trump carried 52 percent of suburbanites; VoteCast data shows that number at 45 percent in 2020. 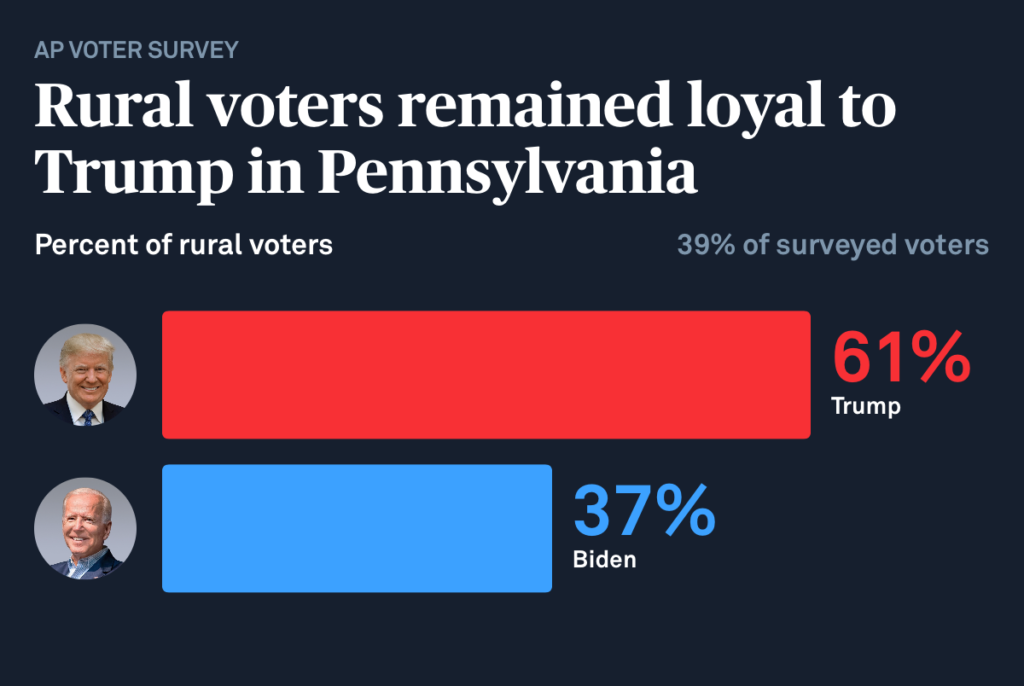 For months leading up to the 2020 election, the Trump campaign employed a strategy of fear aimed at suburban voters. During a July speech, Trump said without evidence that Democrats want to “abolish our beautiful and successful suburbs” with zoning changes that target single-family homes — a refrain he often used during rallies to stoke anxiety. His campaign also launched “Break-In,” an attack ad against Biden, showing an older woman sitting at home alone. When someone breaks into her house, the woman in the ad calls 9-1-1 for help, but no one answers, suggesting the Democrat’s agenda would endanger Americans. But that message seems to have missed the mark.

Left: A banner states "COUNT EVERY VOTE" as activists gather in celebration after Democratic presidential nominee Joe Biden overtook President Donald Trump in the Pennsylvania general election vote count across the street from where ballots are being counted, three days after the 2020 U.S. presidential election, in Philadelphia, Pennsylvania, U.S. November 6, 2020. REUTERS/Mark Makela