Democrats have introduced a wide-ranging plan to confront corruption in Washington in hopes it will resonate with voters and drum up enthusiasm ahead of the midterms this fall.

“We got to do things that make everyday Americans empowered in the democracy so they are calling the shots, not sitting in the bleachers,” Rep. John Sarbanes, D-Md., the chair of the Democratic group that spearheaded the effort, said in an interview.

The agenda is similar to the “culture of corruption” message Democrats used in the 2006 midterms. Democrats that year evoked the many scandals plaguing Republicans lawmakers at the time, arguing they would clean up the House if voters put the party back in power. The strategy helped Democrats win control of Congress, and the next year, party leaders worked with President George W. Bush to pass reform legislation that included a ban on lobbyist gifts.

The Trump administration has given Democrats plenty of material to work with.

This time around, Democrats in both chambers are again contrasting themselves with a Republican-controlled Congress. But they also have a new target in President Donald Trump, who adopted the motto “Drain the Swamp” as a candidate while vowing to rid Washington of powerful special interests.

“There was an expectation and hope that this president would do something to really clean things up,” Sarbanes said. “He made it even worse.”

Still, the Trump administration has given Democrats plenty of material to work with. 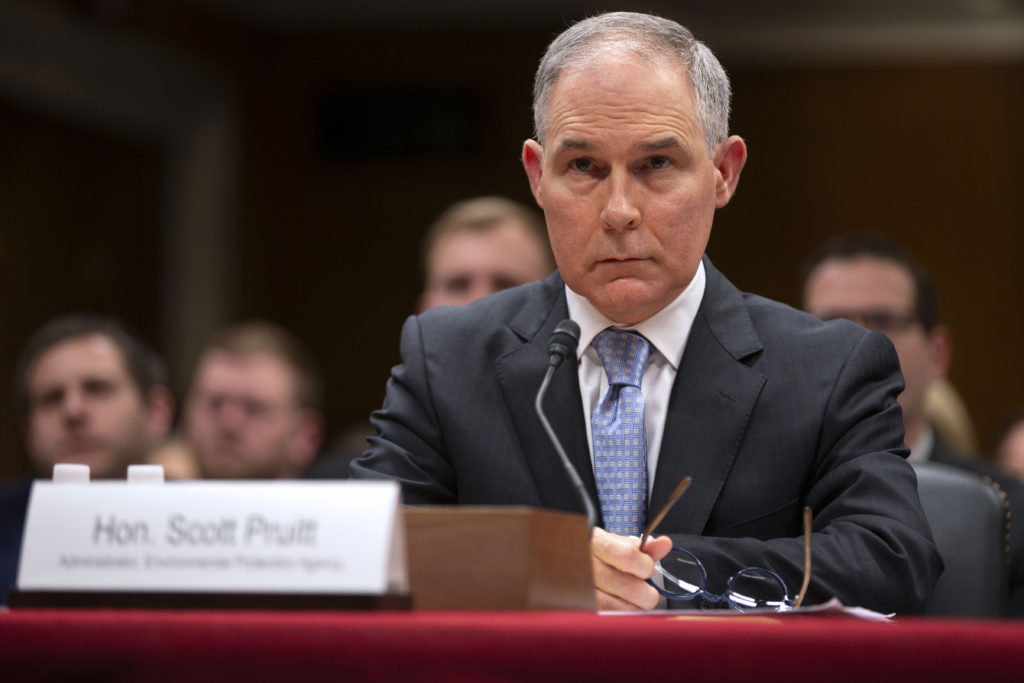 Several Cabinet members are under investigation for lavish purchases and travel paid with taxpayer dollars. Environmental Protection Agency Administrator Scott Pruitt is currently facing 12 investigations, and Housing and Urban Development Secretary Ben Carson is being investigated by the agency’s inspector general. Last month, Trump fired then-Veterans Affairs Secretary David Shulkin after Shulkin was engulfed in controversy over his use of taxpayer funds on a trip to Europe. Last year, Tom Price resigned as secretary of Health and Human Services amid scandal over his use of chartered flights.

The White House and Trump’s campaign are also facing scrutiny from special counsel Robert Mueller’s investigation into Russia’s interference in the 2016 election.

Trump administration officials and Republican leaders in Congress are “willing to dive deep into the swamp to satisfy goals and interests of the money class that they appear to be serving,” Sarbanes said.

What we’re seeing is the result of long term structural problems with our democracy.

Others noted that the rise of moneyed special interests in politics predates Trump’s presidency.

“What we’re seeing is the result of long term structural problems with our democracy,” said Dan Weiner, a senior counsel at the Brennan Center. “This didn’t start with President Trump.” He added, “You can like President Trump and still think our democracy is broken and we need to improve.”

Trump addressed the issue as a candidate, and his campaign outlined several policy proposals to curb lobbyists’ power and influence, but Trump has not focused on the issue as much in office.

Right now Democrats do not have the power to enact the changes they rolled out on Monday, making them more of a rallying cry for the base ahead of the midterm elections.

“Reform is always popular for the party out of power,” said Michael Kang, an Emory University law professor. 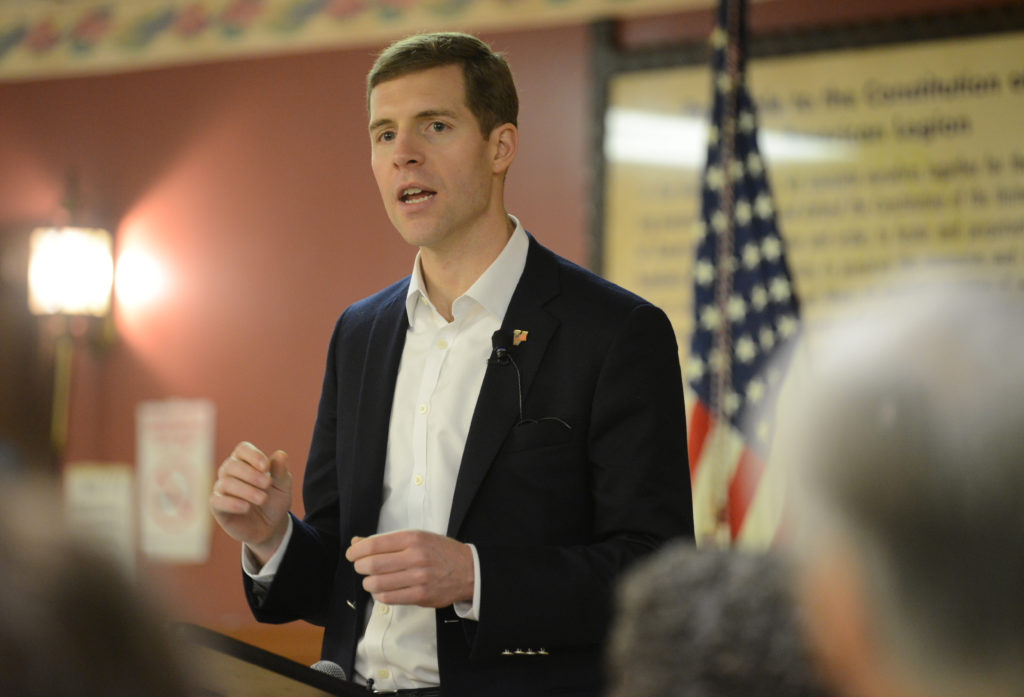 Democratic Rep. Conor Lamb did not accept corporate PAC contributions during his successful bid this year for an open House seat in Pennsylvania. A growing number of Democrats are foregoing PAC money in the 2018 midterms. File photo by REUTERS/Alan Freed

But Democrats would presumably push the issues if the party regains control of one or both chambers of Congress this fall. As part of the plan announced this week, Democrats proposed barring former lobbyists or executives from running an agency that oversees its previous employer.

They also called for overhauling the nation’s campaign finance system — including overturning the Supreme Court’s Citizens United ruling with a constitutional amendment — and creating new financial infrastructure to help candidates who choose to run without accepting corporate donations from political action committees, or PACs.

Democrats would still face several obstacles in enacting these reforms even if they have more legislative power next year.

For example, Democrats proposed a series of policies to improve election infrastructure that would likely run into resistance or clash with other changes planned by state state and local governments, which have broad authority to run elections, Kang said.

But that didn’t stop Democrats from putting the ideas on the table this week. And there are some signs that the message could resonate with voters.

A poll released after Rep. Conor Lamb, D-Pa. won a closely watched special election in March showed that voters are more likely to support a candidate when they know the candidate does not take PAC money. According to an April study from Pew Research, 77 percent of Americans support limiting the amount of money that people and organizations can donate to campaigns, and 65 percent support laws to regulate money in politics.

Left: Rep. John Sarbanes, D-Md., joins a group of fellow Democrats in introducing a new campaign to retake Congress during a news conference at the U.S. Capitol on May 21, 2018. (Photo by Chip Somodevilla/Getty Images)