Among the more unusual results of Tuesday’s primaries was the loss by Pennsylvania’s Democratic lieutenant governor, Mike Stack, who was ousted by mayor John Fetterman.

Here’s a look at some of the other interesting races:

Two of the president’s favored candidates, Lou Barletta in Pennsylvania and Deb Fischer in Nebraska, won their U.S. Senate primaries.

Barletta, currently a congressman, was heavily favored over state Rep. Jim Christiana to become the Republican challenger for Democratic Sen. Bob Casey, who is seeking a third term in November.

Barletta was a Trump supporter before the 2016 presidential nomination was settled. Trump asked Barletta to run for Senate, and the president is expected to visit Pennsylvania to campaign for him. The president also recorded telephone calls last weekend backing Barletta “fully, strongly and proudly.”

Fischer, the incumbent, defeated four GOP challengers and will be the strong favorite to win re-election in deep-red Nebraska. Her Democratic opponent is Lincoln City Councilwoman Jane Raybould.

Early Tuesday afternoon, Trump tweeted: “Nebraska – make sure you get out to the polls and VOTE for Deb Fischer today!” 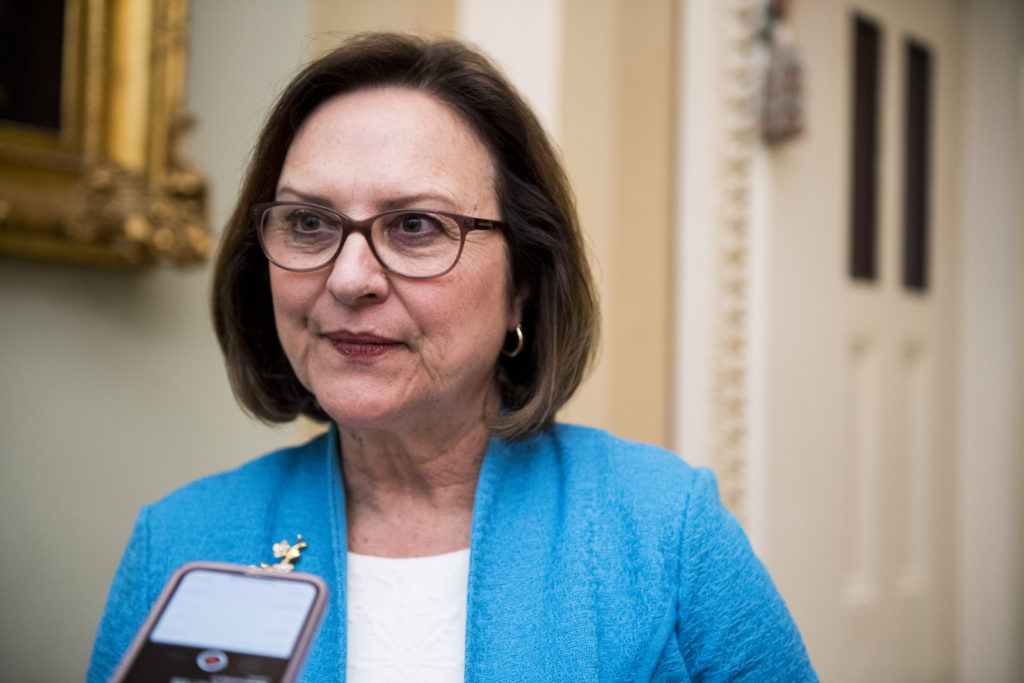 Meanwhile, Chrissy Houlahan is the uncontested Democratic nominee for another suburban Philadelphia seat where she’s heavily favored in November.

Women won contested Democratic primaries in three other seats in Pennsylvania, although two of those seats are in solidly Republican districts and another is considered a toss-up in November.

Mike Stack became the first holder of the Pennsylvania lieutenant governor’s office to lose in a primary election.

John Fetterman, the Braddock mayor, won the five-way Democratic Party primary race for lieutenant governor Tuesday, meaning he will run on a ticket with Gov. Tom Wolf in the fall. Pennsylvania first started allowing lieutenant governors to serve a second term in the 1970s.

Fetterman had made a failed bid in 2016 for the U.S. Senate.

Stack, a former Philadelphia state senator, has had a chilly relationship with Wolf in their first term together.

Wolf last year ordered an investigation into the treatment of state employees by Stack and his wife and stripped Stack of state police protection.

In March, Lamb narrowly beat Saccone in a district that President Donald Trump won in 2016 by about 20 percentage points. The president campaigned in the district twice and sent several tweets on Saccone’s behalf. The White House later contended that it was Lamb who had had embraced the president’s policies and vision.

Eastman defeated former Rep. Brad Ashford in Tuesday’s primary election with a campaign that cast her as a champion of liberal ideals, including supporting a single-payer health care system.

Eastman contrasted herself against Ashford, a centrist and former Republican who focused on his legislative experience and willingness to work with conservatives.

She will now face Rep. Don Bacon, a first-term Republican who defeated Ashford in the 2016 election.

Ashford had been the first Democrat in two decades to win the district, which encompasses much of the Omaha metro area. Although Omaha’s strong Democratic core is balanced out by more conservative suburbs, the district gives Democrats a fighting chance of capturing a congressional seat in a state that is otherwise overwhelmingly Republican.

State Rep. Knute Buehler has emerged from a crowded primary to capture the Republican nomination for Oregon governor.

Buehler, who ran for secretary of state in 2012, was the most centrist of the Republican front-runners. He was among 10 GOP candidates in the primary.

However, Democratic Gov. Kate Brown remains the favorite to win in November. Brown became governor in 2015 upon the resignation of Gov. John Kitzhaber following an ethics scandal, and she won a special election in 2016.

Oregon is among eight states where Democrats control the governorship and both houses of the state legislature. Voters who identify as Democrats also outnumber their Republican counterparts by more than 9 percentage points.

But she faces a difficult race: Idaho hasn’t elected a Democratic governor since 1990, and the Republican Party now controls a supermajority on all federal, state and legislative seats.

Lt. Gov. Brad Little, 64, a rancher who has spent the past 16 years in elected office, secured the GOP nomination. He’s the pick of Republican Gov. C.L. “Butch” Otter, who decided not to seek a fourth term.