PALM BEACH, Florida — While much of the political world is focused on Iowa and its caucuses Monday kicking o ff the election season, President Donald Trump has his mind on a Democratic candidate who’s skipping the early-voting state.

Trump accused Bloomberg, who is 5 feet, 8 inches tall, of making a special request for a box to stand on if he qualifies for future presidential debates. Bloomberg’s campaign denies that and calls Trump a “liar.”

“Why he should he get a box to stand on?” Trump asked, according to an excerpt released by Fox. “Why should he be entitled to that, really? Then does that mean everyone else gets a box?”

“He is a pathological liar who lies about everything: his fake hair, his obesity, and his spray-on tan,” she said. 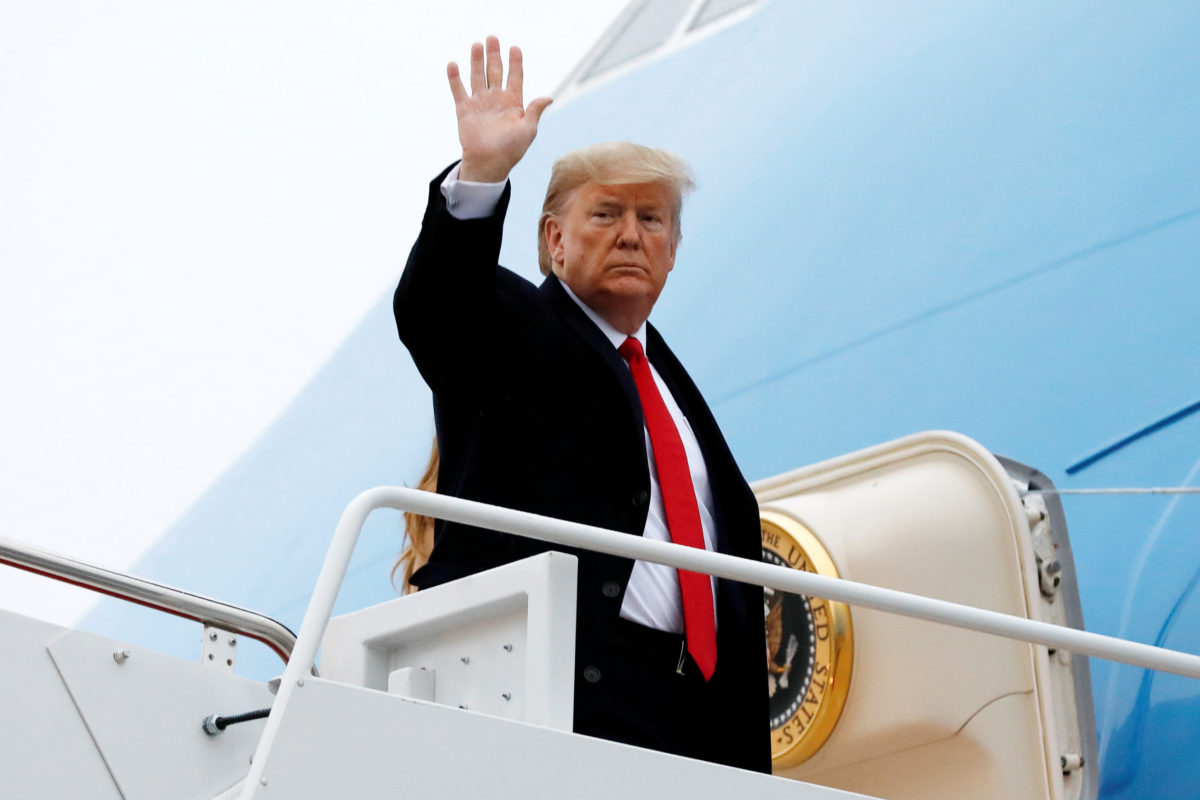 Trump’s campaign did not immediately respond to questions about the accusation he was lying, but spokeswoman Kayleigh McEnany tweeted that, “Someone seems defensive…”

The back-and-forth underscored how contentious the election has already become, with the Democrats long from settled on their nominee.

Trump had already fired off a series of early Sunday anti-Bloomberg tweets, calling the billionaire “part of the Fake News” and insisting he “is going nowhere” and “just wasting his money,” despite rising in the polls.

Bloomberg responded with his own aside: “Looks like our ads are keeping you up at night. We’ve got one in particular you should watch today.” Bloomberg’s 60-second spot will focus on the impact of gun violence.

Trump was spending his weekend in Palm Beach, Florida, where he has been golfing and mingling with guests at his dues-paying Mar-a-Lago club. On Saturday night, he made an appearance at an event there hosted by the “Trumpettes” fan club.

“We just had our best poll numbers that we’ve ever had,” Trump said in his remarks, according to video posted on social media. He also praised singer Lee Greenwood, whose song “Proud to be an American” is played every time Trump takes the stage at his rallies. Also in attendance, per photographs, were actor Stephen Baldwin and Trump’s eldest son, Donald Trump Jr.

The president was expected to host his annual Super Bowl watch party in Florida before returning to Washington late Sunday.