Trump tweeted that the children’s rooms Pence saw Friday were “well run and clean” while facilities for single men were “clean but crowded.”

…..Sorry, can’t let them into our Country. If too crowded, tell them not to come to USA, and tell the Dems to fix the Loopholes – Problem Solved!

Pence said Friday the detention facility he visited that housed many families was providing care that “every American would be proud of.” He then visited a McAllen, Texas, center where hundreds of men were crowded in sweltering, foul-smelling pens without cots on the concrete floor. “Tough stuff,” Pence said later, acknowledging the system was “overwhelmed.” 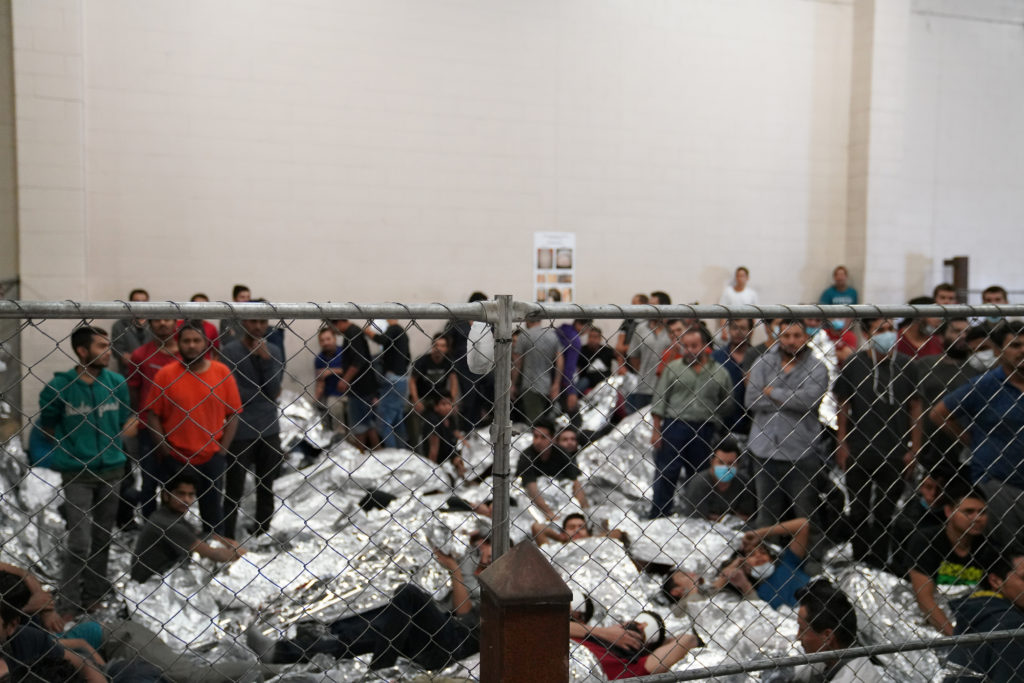 Michael Banks, the agent in charge of the McAllen station Pence visited, conceded many of the men had not showered for 10 or 20 days and said some had been detained there for as long as 32 days. Some of the detained men said they were hungry and actually had been held in the pen for 40 days or longer.

An inspector general’s report this month described squalid conditions at the McAllen facility and others, and quoted a government manager as calling the situation a “ticking time bomb.”

Trump tweeted: “Sorry, can’t let them into our Country. If too crowded, tell them not to come to USA.”

Pence’s tour was meant to show the administration is providing adequate care for migrants but needs more money from Congress to do it.