WASHINGTON — Most Republican leaders were silent or supportive of President Donald Trump’s public call for another foreign government, China, to investigate his political foe, while a handful voiced concern that the president was trying to enlist a rival power in his reelection effort.

Several House and Senate leaders stayed mum as Trump escalated the controversy that has fueled an impeachment inquiry and plowed through another norm of American politics. The quiet continued as House Democrats released a trove of text messages showing U.S. diplomats conducted a campaign to push Ukraine to investigate former Vice President Joe Biden, a leading candidate for the Democratic nomination to face Trump next November, and Biden’s son Hunter.

Foreign interference in elections has long been viewed as a threat to U.S. sovereignty and the integrity of democracy, and soliciting foreign help in an election is illegal.

But Trump found support in his willingness to openly challenge that convention. Vice President Mike Pence made clear he backed the president and believes he is raising “appropriate” issues. Other allies agreed.

“I don’t think there’s anything improper about doing that,” GOP Sen. Ron Johnson, chairman of the Homeland Security Committee, said of Trump’s call on China to investigate the Bidens.

Dissent came from familiar corners this past week, and Trump took notice.

Utah Sen. Mitt Romney tweeted, “By all appearances, the President’s brazen and unprecedented appeal to China and to Ukraine to investigate Joe Biden is wrong and appalling.”

Nebraska Sen. Ben Sasse said in a statement to the Omaha World-Herald: “Americans don’t look to Chinese commies for the truth. If the Biden kid broke laws by selling his name to Beijing, that’s a matter for American courts, not communist tyrants running torture camps.” 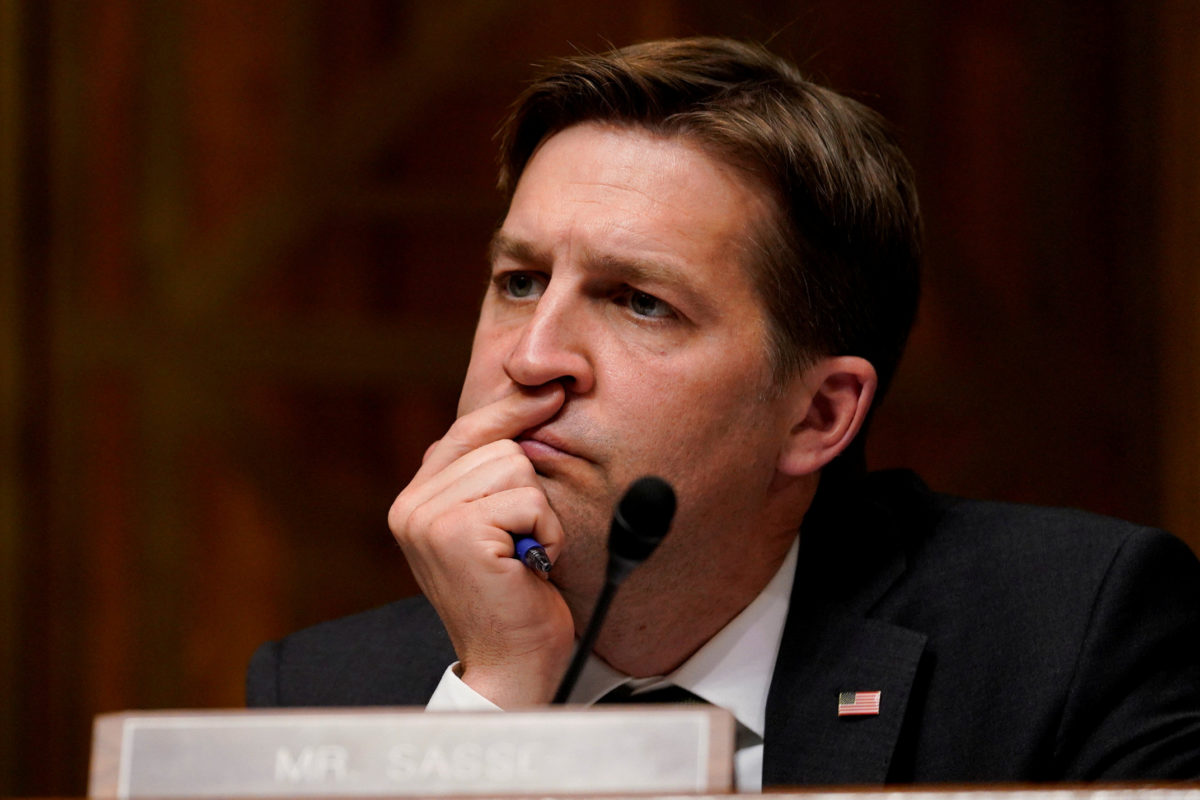 Trump fired back at Romney on Twitter: “Somebody please wake up Mitt Romney and tell him that my conversation with the Ukrainian President was a congenial and very appropriate one, and my statement on China pertained to corruption, not politics,” he wrote Saturday in tweets that also attacked Romney personally.

While the president was breaking another political barrier, his party leaders have made no public effort to rein him in. Critics have argued that reaction has only emboldened the president, while doing lasting damage to the party and the presidency. Trump allies argue the president’s rule-breaking rhetoric is not as important as his policies, which they support.

But the silence this time also reflects a sharper dilemma for Republicans.

As Democrats pursue an impeachment investigation, Republicans have struggled with how best to shield themselves — and the unpredictable president who may decide their political fortunes — from the steady drip of new revelations. With little guidance from the White House, lawmakers have tried to say as little as possible, blame Democrats or express vague optimism about the investigative process.

Some Republicans appeared eager for the controversy to simply not exist. “I don’t think it’s a real request,” Florida Sen. Marco Rubio, a prominent China critic, told reporters Friday. “I think he did it to get you guys. I think he did it to provoke you to ask me and others and get outraged by it.”

Rubio later tried to clean up his statement with a tweet. “Before we nullify the results of an election or dismiss some very serious accusations as an attempted coup, maybe it would be a good idea to try and gather all of the facts & then give some thought to what would be in the best interest of our country.” His reference to “coup” theories was a backhanded chastisement of Trump, who has used that term to describe the investigation. 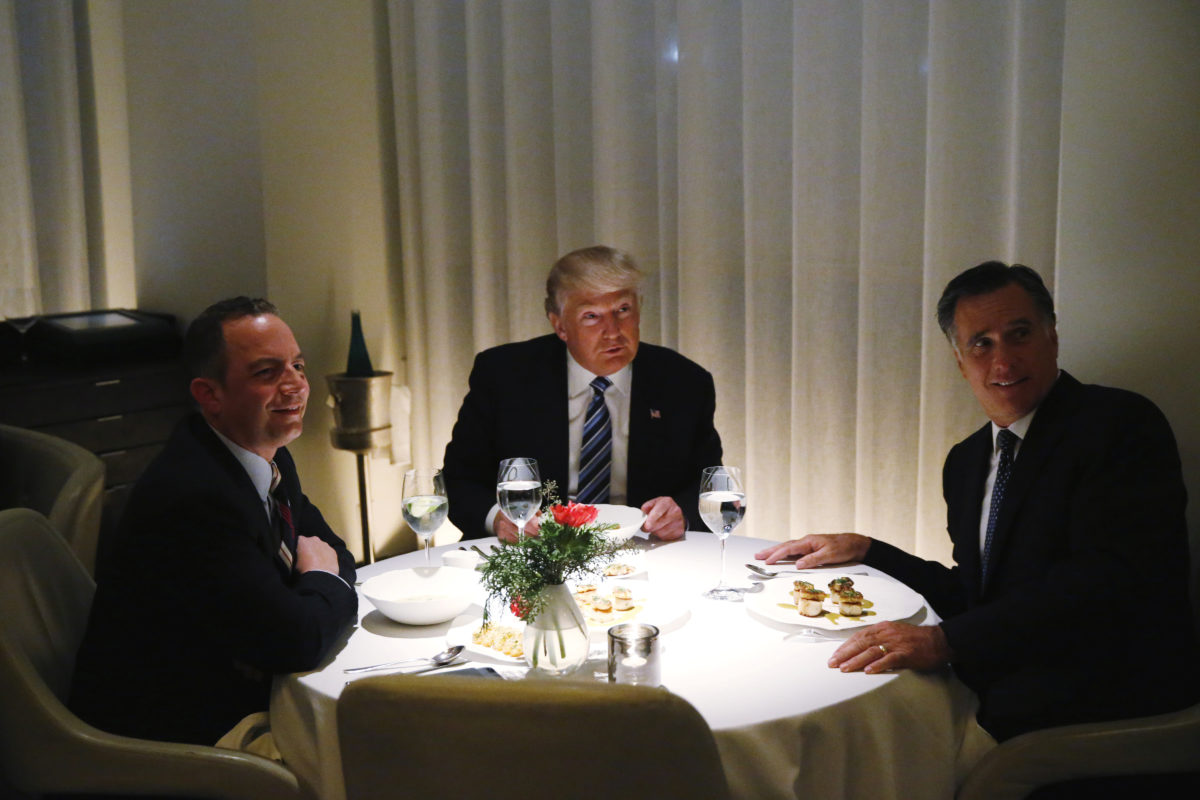 The president and his defenders indicated he was quite serious Thursday. Standing outside the White House, Trump defended himself against allegations that he privately pressured Ukraine to investigate the Bidens by inviting a geopolitical rival to launch a probe.

“China should start an investigation into the Bidens,” Trump said after being asked about trade negotiations with the country.

Trump on Friday argued he was not specifically targeting a political foe, but merely pushing countries to clean up corruption. Although there is no evidence that the Bidens were involved in criminal corruption in either Ukraine or China, Republicans quickly took up the explanation.

Romney tweeted the counter-argument: “When the only American citizen President Trump singles out for China’s investigation is his political opponent in the midst of the Democratic nomination process, it strains credulity to suggest that it is anything other than politically motivated.”

House Democrats are investigating whether Trump abused his power when he pressured Ukraine President Volodymyr Zelenskiy to look into theories about Ukraine meddling in the 2016 and a separate allegation about Hunter Biden’s business ties.

The younger Biden served on the board of a Ukrainian gas company at the same time his father was leading the Obama administration’s diplomatic dealings with Kyiv. Though the timing raised concerns among anti-corruption advocates, there has been no evidence of wrongdoing by either the former vice president or his son.

The question of whether to dodge or defend is perhaps most critical for the Republican senators in competitive races next year. Those Republicans have little incentive to criticize the president because they can’t risk alienating Trump’s base voters.

But their futures also depend on peeling off enough swing voters who turned against Trump last year. An impeachment vote will force them to pick sides — and lose some support.