WASHINGTON — President Donald Trump’s legal team issued a fiery response ahead of opening arguments in his impeachment trial Saturday while House Democrats laid out their case in forceful fashion, saying the president had betrayed public trust with behavior that was the “worst nightmare” of the founding fathers.

The dueling statements previewed arguments both sides intend to make once Trump’s impeachment trial begins in earnest on Tuesday. Their challenge will be to make a case that appeals to senators who will render the verdict and for an American public bracing for a presidential election in 10 months.

The House’s 111-page brief pulled together the private and public testimony of a dozen witnesses — ambassadors and national security officials at high levels of government — who raised concerns about the president’s actions with Ukraine. Stripped of legalese and structured in plain English, the document underscored the extent to which the impeachment proceedings are a political rather than conventional legal process. The Trump team similarly offered a taste of the rhetoric expected to be deployed by the president’s defenders in the Senate.

In their brief, the House managers overseeing the prosecution wrote that it is clear that the “‘evidence overwhelmingly establishes” that Trump is guilty of both charges for which he was impeached last month: abuse of power and obstruction of Congress.

“The only remaining question is whether the members of the Senate will accept and carry out the responsibility placed on them by the Framers of our Constitution and their constitutional Oaths,” the brief states. 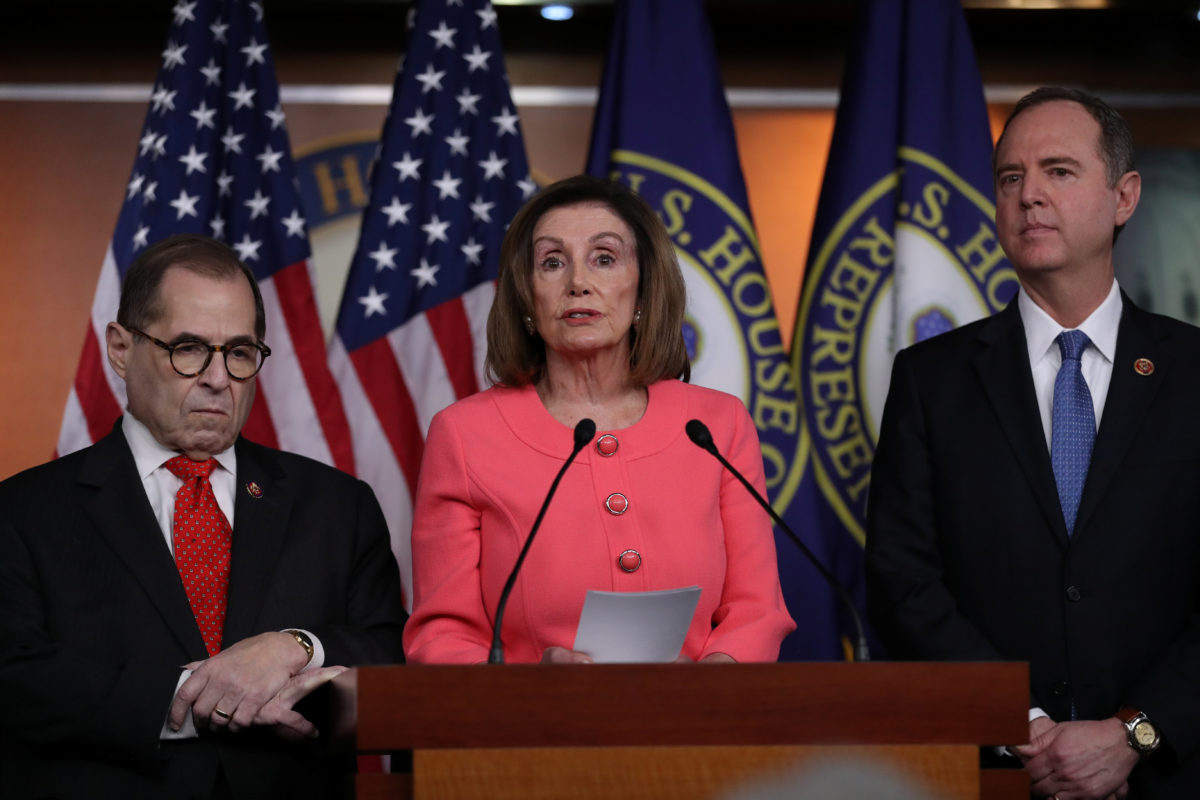 The Trump team, meanwhile, called the Senate’s formal impeachment summons to the two articles of impeachment “a dangerous attack on the right of the American people to freely choose their president.”

Trump’s legal team, led by White House counsel Pat Cipollone and Trump personal lawyer Jay Sekulow, is challenging the impeachment on both procedural and constitutional grounds, claiming Trump has been mistreated by House Democrats and that he did nothing wrong.

“This is a brazen and unlawful attempt to overturn the results of the 2016 election and interfere with the 2020 election, now just months away,” the filing states.

The lawyers said Trump “categorically and unequivocally” denies the allegations and encouraged lawmakers to reject “poisonous partisanship” and “vindicate the will of the American people” by rejecting both articles.

Trump’s answer to the summons was the first salvo in what will be several rounds of arguments before the trial formally begins. Trump will file a more detailed legal brief on Monday, and the House will be able to respond to the Trump filing on Tuesday.

The House’s impeachment managers are working through the weekend and will be at the Capitol midday Sunday to prep the case. 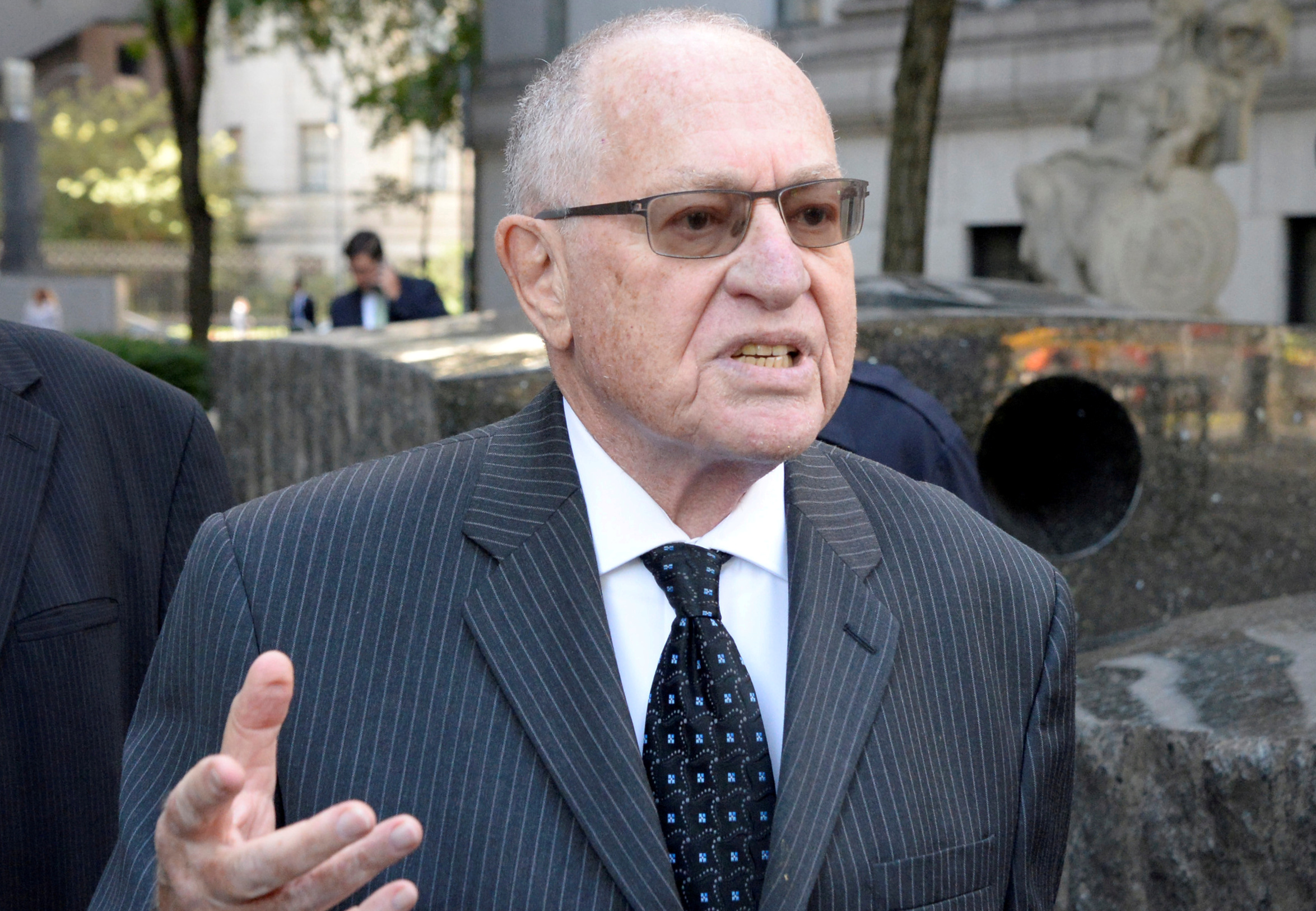 The filings came a day after Trump finalized his legal team, adding Ken Starr, the former independent counsel whose investigation into President Bill Clinton led to his impeachment, and Alan Dershowitz, a Harvard law professor emeritus who intends to make constitutional arguments.

At issue in the impeachment cases are allegations that Trump requested his Ukraine counterpart to investigate political rival Joe Biden at the same time his administration withheld hundreds of millions of dollars in aid from the former Soviet republic.

“President Trump abused the powers of his office to invite foreign interference in an election for his own personal political gain and to the detriment of American national security interests,” the House brief states. “He abandoned his oath to faithfully execute the laws and betrayed his public trust.

It says: “President Trump’s misconduct presents a danger to our democratic processes, our national security, and our commitment to the rule of law. He must be removed from office.

Trump’s attorneys argue that the articles of impeachment are unconstitutional in and of themselves and invalid because they don’t allege a crime.

Under the Constitution impeachment is a political, not a criminal process, and the president can be removed from office if found guilty of whatever lawmakers consider “high crimes and misdemeanors.”

White House attorneys and Trump’s outside legal team have been debating just how political Monday’s legal brief laying out the contours of Trump’s defense should be. Some in the administration have echoed warnings from Senate Majority Leader Mitch McConnell, R-Ky., that the pleadings must be sensitive to the Senate’s more staid traditions and leave some of the sharper rhetoric exhibited during the House proceedings to Twitter and cable news.

One Republican whose votes are closely watched, Sen. Lisa Murkowski of Alaska, told reporters Saturday she wants to hear both sides of the case before deciding if they need to hear new witnesses. Democrats have pushed for calling witnesses.

“I don’t know what more we need until I’ve been given the base case,” Murkowski said. She also acknowledged the political pressure bearing down on senators. “I’m going to take my constitutional obligations very, very seriously.”