President Donald Trump has won Florida and its 29 electoral votes, the biggest prize among the perennial battlegrounds and a state crucial to his reelection hopes.

A victory in Florida means reelection is within Trump’s grasp. A loss in the state would have made it nearly impossible for Trump to reach the 270 electoral votes needed to retain the White House.

Democrat Joe Biden’s campaign had hoped the devastating toll of the coronavirus pandemic, particularly among older adults, would put him in a strong position in a state popular with retirees. 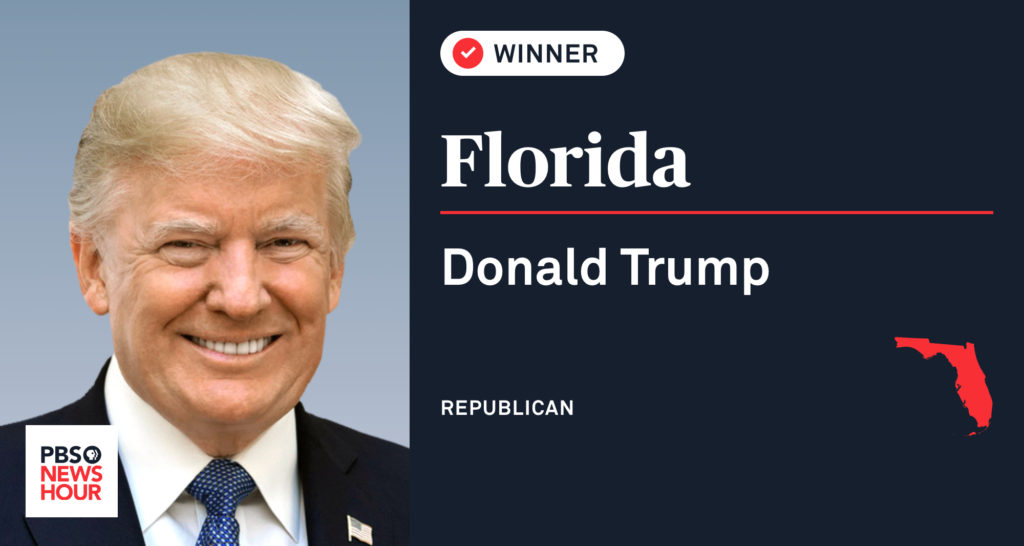 Trump narrowly beat Democrat Hillary Clinton in the state in 2016.