President Donald Trump has won North Carolina and its 15 electoral votes, staving off a hard-fought challenge by Democratic nominee Joe Biden and holding the battleground state for Republicans.

Trump’s victory in North Carolina brings him to 232 electoral votes. Biden, who was declared the winner of the election on Nov. 7, has 290 electoral votes and defeated Trump by flipping Pennsylvania, Michigan, Wisconsin and Arizona.

Trump campaigned aggressively in North Carolina with in-person rallies at the height of the coronavirus pandemic, including gatherings in Fayetteville, Winston-Salem and Greenville in the weeks before the election. 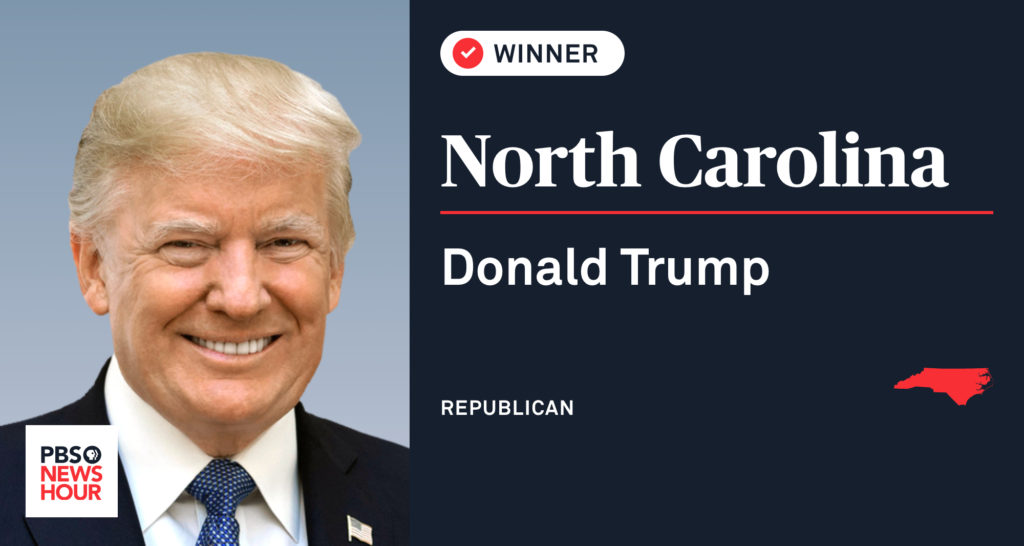 He was scheduled to hold the Republican National Convention in the state but pulled out after a fight with the state’s Democratic governor over coronavirus restrictions.

The Associated Press has still not called the presidential race in Georgia, which is conducting a recount.