Trump’s battle with ‘Obamacare’ moves to the courts

WASHINGTON — After losing in Congress, President Donald Trump is counting on the courts to kill off “Obamacare.” But some cases are going against him, and time is not on his side as he tries to score a big win for his re-election campaign.

Two federal judges in Washington, D.C., this past week blocked parts of Trump’s health care agenda: work requirements for some low-income people on Medicaid, and new small business health plans that don’t have to provide full benefits required by the Affordable Care Act.

But in the biggest case, a federal judge in Texas ruled last December that the ACA is unconstitutional and should be struck down in its entirety. That ruling is now on appeal. At the urging of the White House, the Justice Department said this past week it will support the Texas judge’s position and argue that all of “Obamacare” must go.

A problem for Trump is that the litigation could take months to resolve — or longer — and there’s no guarantee he’ll get the outcomes he wants before the 2020 election.

“Was this a good week for the Trump administration? No,” said economist Gail Wilensky, who headed up Medicare under former Republican President George H.W. Bush. “But this is the beginning of a series of judicial challenges.”

It’s early innings in the court cases, and “the clock is going to run out,” said Timothy Jost, a retired law professor who has followed the Obama health law since its inception.

“By the time these cases get through the courts there simply isn’t going to be time for the administration to straighten out any messes that get created, much less get a comprehensive plan through Congress,” added Jost, who supports the ACA.

In the Texas case, Trump could lose by winning. 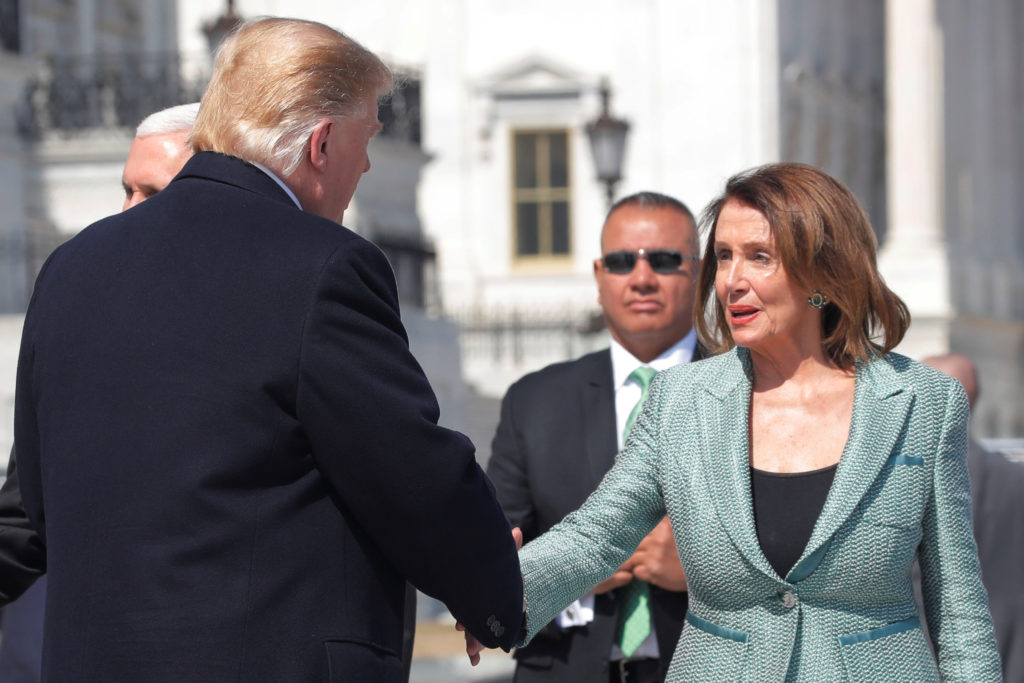 If former President Barack Obama’s health law is struck down entirely, Congress would face an impossible task: pass a comprehensive health overhaul to replace it that both Speaker Nancy Pelosi and Trump can agree to. The failed attempt to repeal “Obamacare” in 2017 proved to be toxic for congressional Republicans in last year’s midterm elections and they are in no mood to repeat it.

“The ACA now is nine years old and it would be incredibly disruptive to uproot the whole thing,” said Thomas Barker, an attorney with the law firm Foley Hoag, who served as a top lawyer at the federal Health and Human Services department under former Republican President George W. Bush. “It seems to me that you can resolve this issue more narrowly than by striking down the ACA.”

“Right now, it’s losing in court,” he asserted Friday, referring to the Texas case against “Obamacare.”

The case “probably ends up in the Supreme Court,” Trump continued. “But we’re doing something that is going to be much less expensive than Obamacare for the people … and we’re going to have (protections for) pre-existing conditions and will have a much lower deductible. So, and I’ve been saying that, the Republicans are going to end up being the party of health care.”

There’s no sign that his administration has a comprehensive health care plan, and there doesn’t seem to be a consensus among Republicans in Congress.

A common thread in the various health care cases is that they involve lower-court rulings for now, and there’s no telling how they may ultimately be decided. Here’s a status check on major lawsuits:

U.S. District Court Judge Reed O’Connor in Fort Worth, Texas, ruled that when Congress repealed the ACA’s fines for being uninsured, it knocked the constitutional foundation out from under the entire law. His ruling is being appealed by attorneys general from Democratic-led states to the 5th U.S. Circuit Court of Appeals in New Orleans.

The challenge to the ACA was filed by officials from Texas and other GOP-led states. It’s now fully supported by the Trump administration, which earlier had argued that only the law’s protections for people with pre-existing conditions and its limits on how much insurers could charge older, sicker customers were constitutionally tainted. All sides expect the case to go to the Supreme Court, which has twice before upheld the ACA.

U.S. District Court Judge James E. Boasberg in Washington, D.C., last week blocked Medicaid work requirements in Kentucky and Arkansas approved by the Trump administration. The judge questioned whether the requirements were compatible with Medicaid’s central purpose of providing “medical assistance” to low-income people. He found that administration officials failed to account for coverage losses and other potential harm, and sent the Health and Human Services Department back to the drawing board.

The Trump administration says it will continue to approve state requests for work requirements, but has not indicated if it will appeal.

The administration said it disagrees but hasn’t formally announced an appeal.

Also facing challenges in courts around the country are an administration regulation that bars federally funded family planning clinics from referring women for abortions and a rule that allows employers with religious and moral objections to opt out of offering free birth control to women workers as a preventive care service.

Left: President Donald Trump speaks to reporters at a healthcare roundtable in the Roosevelt Room of the White House in Washington, D.C. Photo By Kevin Lamarque/Reuters