It never fails. Whenever I venture onto a college campus — as I did last week at the College of William and Mary in Virginia — I am confronted with various versions of the same question. 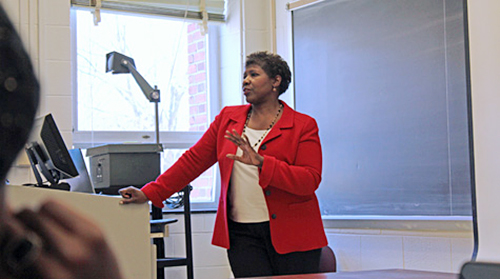 Photo by Sydney Mahan/William and Mary

How, the students want to know, do I keep my opinions out of my journalism?

I think they expect me to say it’s hard, that I wrestle with my conscience day and night. And I detect surprise in their expressions when I tell them it is actually quite simple. How can you learn what actually happened if your mind is not open enough to hear the answer?

I am reminded of this every day. Journalists like to give themselves credit for being on the hunt for “the truth.” But if we embrace this undoubtedly noble but somewhat haughty interpretation of a calling, we inevitably become susceptible to slam dunk answers.

I am not speaking here of opinion journalists, who should feel free to press their points of view. But I do admit, even with punditry, I am partial to those who back up their opinions with facts.

There are many reasons for this. When a reporter spends six months investigating a story to prove something she has decided in advance is true — like say, that campus rape is a problem — we are inclined to believe her. 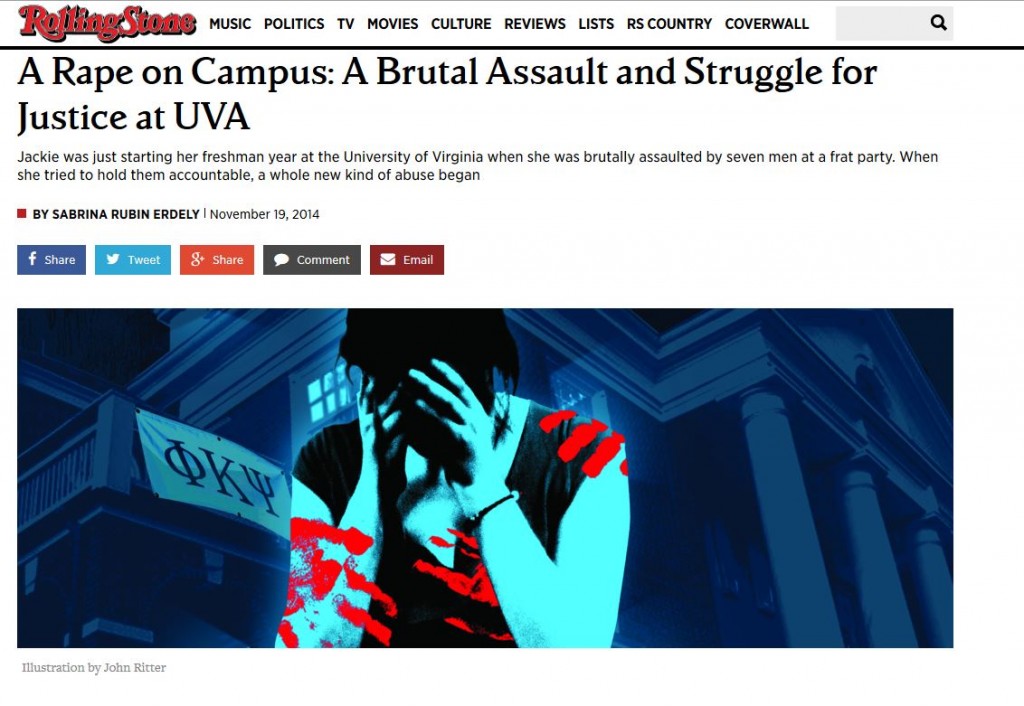 The Rolling Stone article about an alleged campus rape ignited a controversy over the magazine’s editorial choices and credibility.

That is what happened with the Rolling Stone campus rape story that finally completely fell apart this week. The reporter, Sabrina Rubin Erdely, freely admitted that she believed campus rape to be an epidemic, and set out to prove it in the most compelling way she could find.

She found an alleged victim on an elite campus who told a lurid story of a gang rape at a fraternity party. Rolling Stone put the headline on its cover. Never mind that she could not prove it and didn’t appear in the end to try very hard.

By closing her mind, by undertaking a campaign and ignoring all of the norms of sourcing and fact checking, she stumbled into a pit from which she may never emerge. I certainly would look askance at her future investigations.

Why? Because she made up her conclusion first and crossed the line into non-journalistic advocacy. She decided what the truth was and figured the rest of us would climb on board. For awhile, we did.

But sometimes, even apparent facts can be misleading too. The first official reports out of North Charleston, S.C., on Easter weekend appeared factual. A black man scuffled with a white police officer, threatened him, and was shot and killed in the ensuing altercation. The victim had a criminal history. The cop did not.

No matter how suspicious the situation may seem to a nation still dealing with the after effects of similar confrontations in Ferguson, Cleveland and a half dozen other cities, there initially appeared no reason to question the official version of events.

That’s until a videotape surfaced that made it essential to rethink the facts. The police chief said it made him sick to see the video, which, contrary to the first version of events, showed the officer shoot a fleeing suspect, handcuff his motionless body and apparently attempt to plant a Taser nearby. The policeman was charged with murder and kicked off the force.

It should be said, we still don’t know the whole truth here. A forensic investigation must still be conducted, and that’s why courts of law exist.

But the video, shot by a bystander on a smartphone, reminded us of the danger of snap decisions.

Truth, is in fact, an elusive concept. It depends almost entirely on where you are standing at the time. It is a human instinct to confuse belief with truth.

The best journalists can do is try to scrub our inbred biases (we all have them) by asking more questions. All the time. Every time. This is nearly impossible to do if you have already decided you know the answer.

So, I tell the students, I do not find it hard to keep myself out of a story — no matter how shocking or upsetting — because I train myself to never stop asking questions. What’s the worst thing that can happen if we keep asking?

That we finally, eventually, get past belief to truth?