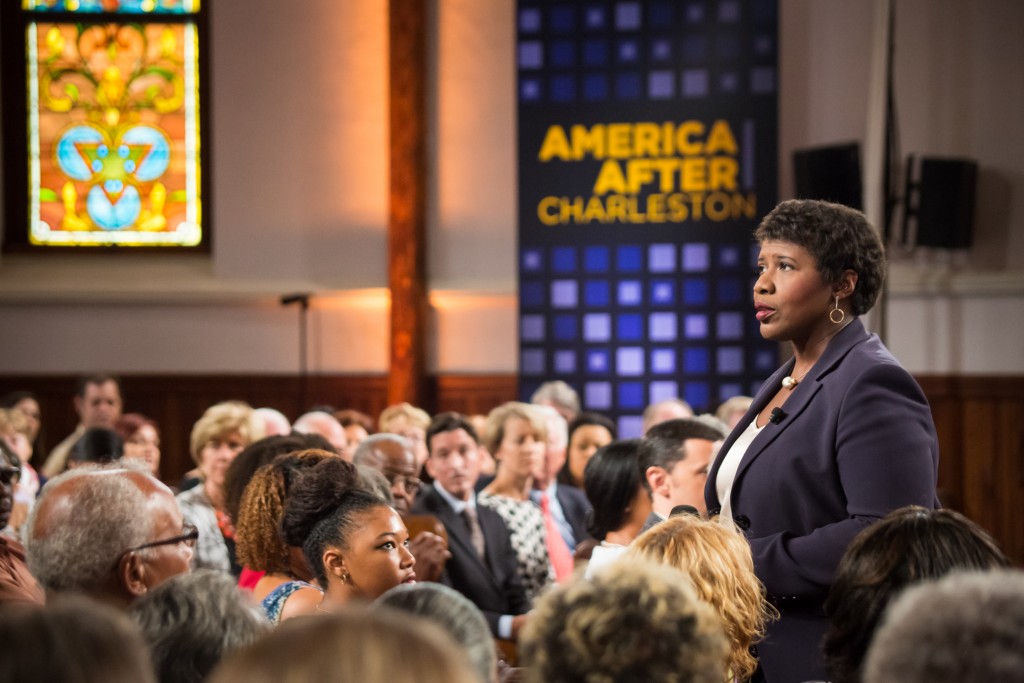 When we talk about race, what is left unsaid? What kind of America did Charleston expose? On Monday, PBS aired “America After Charleston,” a one-hour town hall meeting that explored the many issues propelled into public discourse after a white gunman shot and killed nine African-American parishioners in Charleston’s Emanuel African Methodist Episcopal Church in June. PBS NewsHour’s Gwen Ifill moderated the program, which was taped at the Circular Congregational Church, just blocks from the site of the shootings, before a live audience of more than 250 community members.

“America After Charleston” also highlighted results from a poll conducted by PBS NewsHour and Marist College’s Institute for Public Opinion, illustrating the contrast in opinions along racial lines regarding opportunities available today for African Americans.