WASHINGTON (AP) — The House on Monday stood for an emotional moment of silence for Georgia Rep. John Lewis, the civil rights icon who died last week from pancreatic cancer.

Watch in the video player above.

Speaker Nancy Pelosi, who presided, remembered Lewis as “the conscience of the House.” Several people on the dais wept as the House stood in silence, heads bowed. When Pelosi tried to move on, those gathered interrupted with sustained applause.

“Our hero, our colleague, our brother, our friend received and answered his final summons from God almighty,” said Rep. Sanford Bishop, the dean of the Georgia delegation.

Lewis, 80, died Friday, several months after he was diagnosed with advanced pancreatic cancer. The son of sharecroppers, Lewis survived a brutal police beating during a 1965 civil rights march in Selma, Alabama. He represented Georgia in the House since 1987, and was known for his kindness and humility.

MORE: John Lewis ‘was prepared to die’ for freedom long ago, say friends

Earlier, Pelosi choked up recalling their last conversation the day before he died.

“It was a sad one,” Pelosi said of their conversation Thursday. “We never talked about his dying until that day.”

She recalled on “CBS This Morning” how the civil rights icon also threw his clout to women’s rights, LGBTQ rights and many other causes.

“He always worked on the side of the angels, and now he is with them,” Pelosi said.

It was not yet clear whether Lewis’s casket would lie in the Capitol Rotunda to allow people to pay their respects. The Capitol is closed to the public during the coronavirus pandemic. 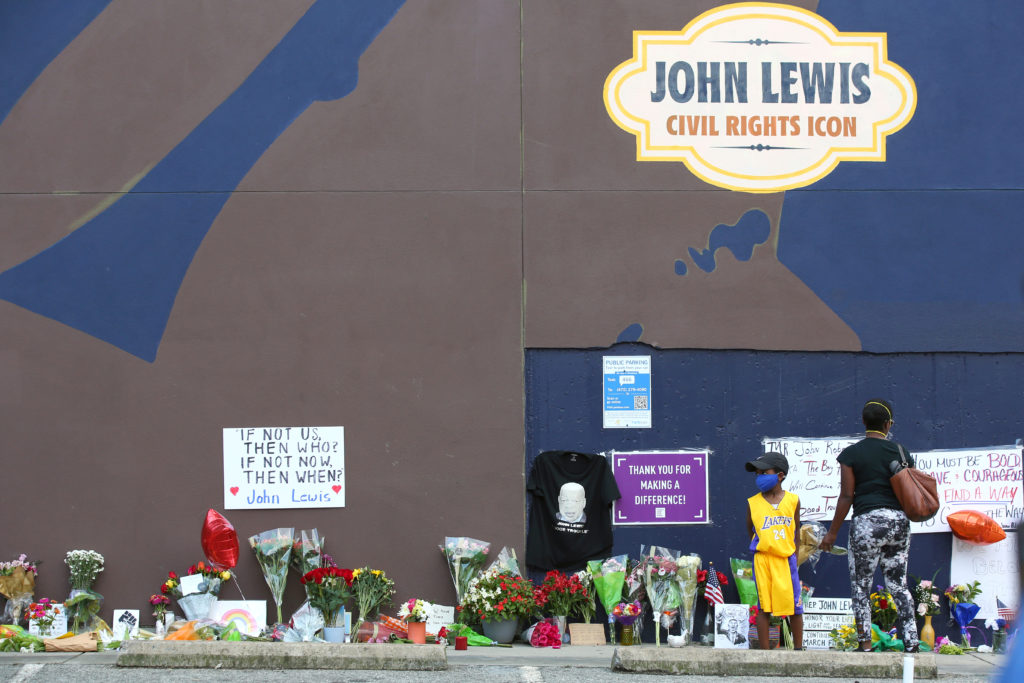 Mourners view a makeshift memorial to the passing of the late Rep. John Lewis, a pioneer of the civil rights movement and long-time member of the U.S. House of Representatives, under his mural in Atlanta, Georgia, U.S. July 18, 2020. REUTERS/Dustin Chambers 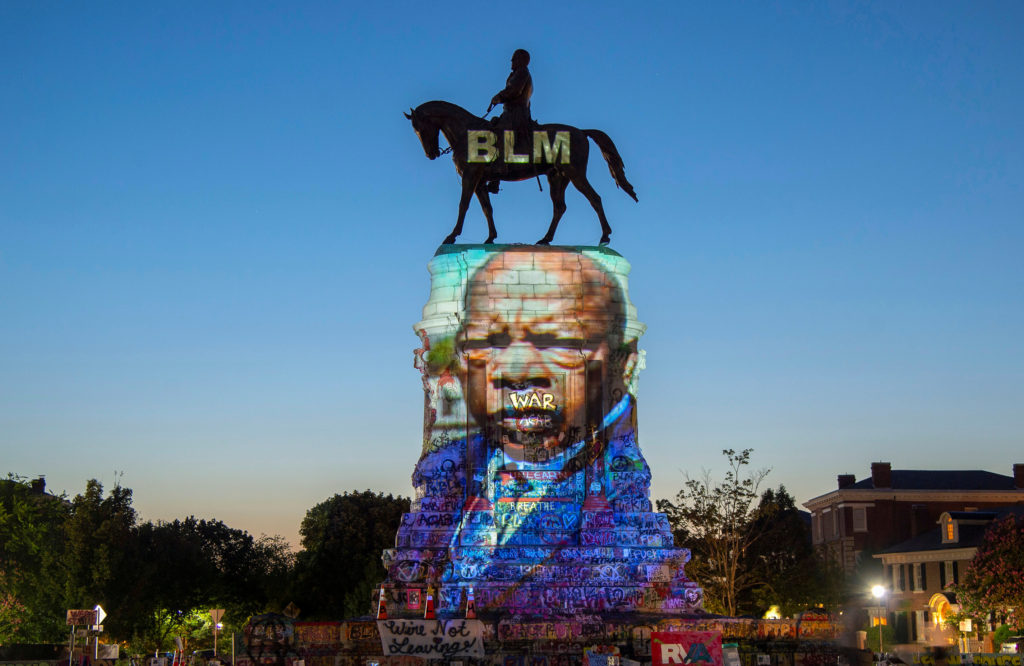 The image of late Rep. John Lewis, a pioneer of the civil rights movement and long-time member of the U.S. House of Representatives, is projected on the statue of Confederate General Robert E. Lee in Richmond, Virginia, U.S. July 19, 2020. REUTERS/Jay Paul TPX IMAGES OF THE DAY