In John Dean’s opening statement before the House Judiciary Committee, the former White House counsel — who served as a star witness during the Watergate hearings — outlined some of the similarities between the Watergate inquiry into President Richard Nixon and the current investigations into President Donald Trump.

The June 10 testimony came during the first of several committee hearings on the findings of special counsel Robert Mueller’s report, including on the question of whether Trump obstructed justice.

Watch Dean’s full testimony in the video player above.

Or read the full opening statement as prepared for testimony by clicking on the image below: 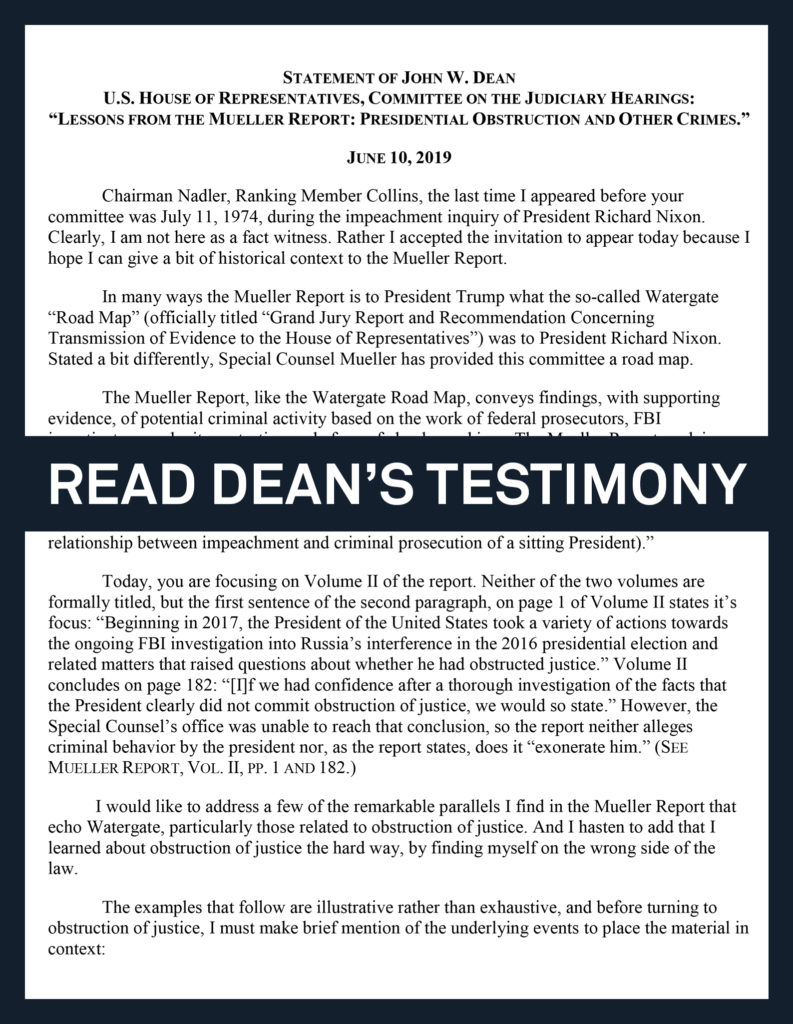 MORE: What came out of the Mueller report? Here’s what you need to know in 6 minutes